Horse Racing
News
Betfred's Matt Hulmes kicks out his favourites on a busy day ahead of a mad busy week
Matt Hulmes
11:05, 11 Mar 2022

The final Saturday before the Cheltenham Festival and a last chance to load up the betting bank for the finest four days in the horse racing calendar.

On the other hand, we don’t want to go mad and blow it all before the tapes rise for the Supreme on Tuesday, so a careful approach is warranted, although there are few worth following this weekend.

We have the traditional Imperial Cup meeting at Sandown to get stuck into, while jumpers are also in action up at Ayr and two meetings in Ireland. Meanwhile, the flat turf season is imminent as we look forward to the Lincoln trial card at Wolverhampton and Longfield also hosts an all-weather card.

It’s a busy day ahead of a mad busy week!

The EBF final is one of the best novice handicap hurdles of the season and usually goes to an embryonic chaser in the making with Many Clouds amongst its roll of honour.

Lots of the seventeen runners have claims but the manner of PEEJAYBEE’S course win here last month sticks in the memory. He travelled so smoothly, and the result was never in question when left in the lead at the last and sauntered up the hill over this trip. I have no idea how he got beat at Doncaster the time before, having travelled similarly well, and he warmed up for this with a canter around Sedgefield at long odds-on two weeks ago. He is only 7lb higher for his course win, the handicapper could have been much harsher and has a good strike rate, winning four of his six races overall.

At a bigger price, I may have a small each-way play on Mumbo Jumbo for Emma Lavelle. This strong travelling type has found very little in his last two starts but a big field, a good pace on a stiff track and better ground may unearth his undoubted ability. His mark could be more than fair on his perceived potential and once he puts it all in, I can see him running a very big race.

Dubrovnik Harry was being aimed at the festival until beaten at Leicester and he should have more to give, while Thunder Rock, chasing a four-timer, and Aintree bumper hero Knappers Hill also have major claims. 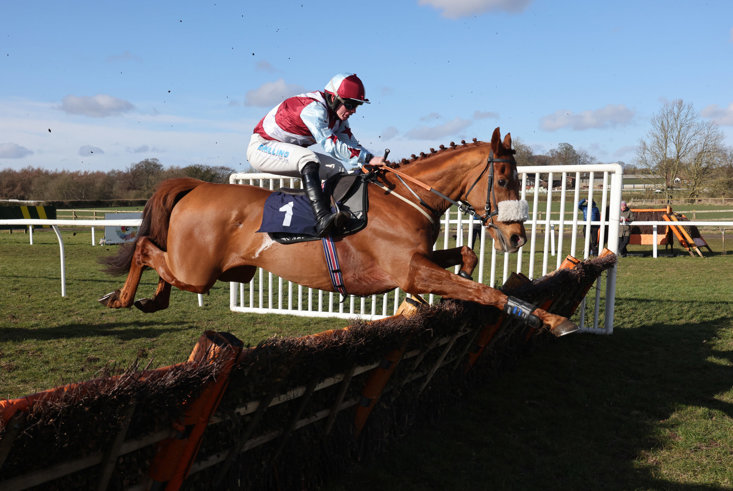 The Imperial Cup is always ultra-competitive, and this year is no different with twenty-two runners set to face the starter.

The likely favourite is Balco Coastal who must have huge claims judging by the form of his runner-up effort at Cheltenham in January. The winner was just touched off in a Grade 2 at Kelso last Saturday and that would make Balco Coastal look fairly handicapped off his mark.

His novice form has worked out well, but the form of the Nicky Henderson yard does temper enthusiasm, operating at just a 13% strike rate throughout February and no winner from eight runners in March. His first three runners this month beat just two horses combined, admittedly at big prices, but it is a concern to punters.

Onemorefortheroad has been running well in top handicaps all season including winning the Gerry Fielden at Newbury, while Mr Grey Sky is upwardly mobile and on a hat-trick after wins at Leicester and Ludlow, very impressive most recently in South Shropshire.

I will take an each way chance though on ZAMBEZI FIX. He has been second on both his course and distance starts and is a hold up horse who should get the strong pace he needs to thrive. He will be staying on well up the climb to the line. He is exposed and has a poor strike rate, but at around 20/1 and with extra each-way places on offer, I think he will be involved at the finish.

MULLENBEG was being readied for a tilt at the Champion Bumper, but Milton Harris, who has another filly bound for the festival, has opted to come for this prestigious listed prize enroute to Aintree instead.

MULLENBEG impressed many by the manner of her Ludlow success, having been keen early she quickened clear impressively in the straight to win by an easy six lengths.

Then she headed to Cheltenham, a very different track, but it was a similar story as she exploded away on the home turn from a good field and put the race to bed in a matter of strides, from last to first in about half a furlong and surged up the hill to win by another easy five lengths. She has won on soft and good ground at a speed track and a stiff track. She seems very versatile and should take a lot of beating before heading to the Grand National meeting.

Hidden Beauty was favourite for the same Cheltenham race but weakened quickly and was pulled up just after halfway. That clearly wasn’t her running and if she is over her travails then is the main danger for a very successful team in bumpers. 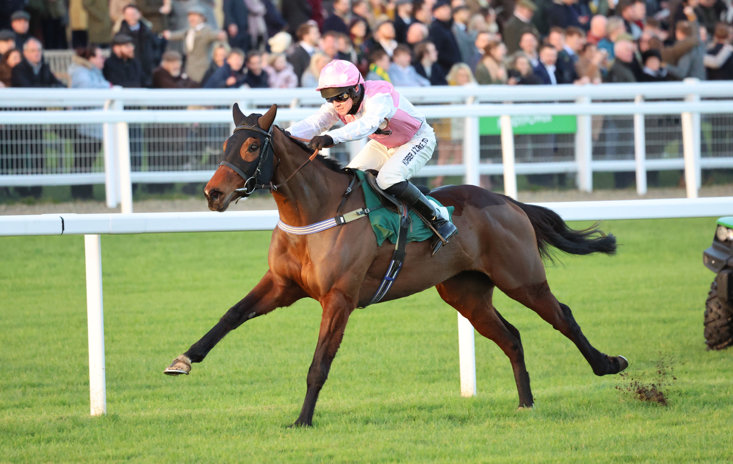 Six runners head to post here, of which four are last time out winners and the other pair won on penultimate starts so can all be described as in form.

Danny Kirwan looks a much better horse going right-handed and jumped beautifully last time out at Wincanton in novice company. This will be a shade tougher back in handicap company, but he has a chance. Hat-trick seeking Dorking Lad bolted up at Huntingdon last time out but an 11lb hike after the latest of six chase starts asks a big question.

Killer Kane finally went in off a sliding mark at Kempton and that will have helped his confidence, while Frenchy Du Large may have been caught out by Lingfield heavy last time against a very well handicapped rival and should be better suited here.

Flic Ou Voyou isn’t the most trustworthy, so I am siding with SCENE NOT HERD to take his record over fences to four from four. He looked useful in his early days hurdling but he has excelled over fences, winning easily at Hereford and Newcastle before ending the seven-race winning streak of Minella Trump at Ludlow last time. He was getting weight there, but his assured jumping and strong travelling style should be suited to Sandown, and he can continue his rise up the rankings.