All eyes will veer towards the Alexandra Palace on New Year's Day as Michael van Gerwen and Michael Smith battle it out in the final of the 2019 William Hill World Darts Championship, and the tournament showpiece will see the conclusion of The Sportsman's hugely popular Perfect Treble game, where you can win £180 for FREE!

It has kept thousands entertained during the world's greatest darts tournament, and throughout the event I have tried to point you down the right path when trying to select the correct set score, who will hit the most 180's and what the highest checkout will be in the match.

Now, as the tournament comes to its conclusion, let's give it one more shot to try and correctly predict those three outcomes in Michael van Gerwen's clash with Michael Smith.  You can read my in-depth preview of the final here.

Unsurprisingly, two-times world champion Michael van Gerwen is favourite for the match, but Michael Smith banged in a higher average during his semi-final win over Nathan Aspinall (105.22) than van Gerwen did during his win over Gary Anderson in the last-four (104.76), so I fully expect Smith to take some sets off the world number one.

However, van Gerwen's ability to up his game to a level nobody can live with should prove the difference between the sides and 'Mighty Mike' can maintain his dominance at this year's tournament and run out a convincing 7-3 winner.

Michael Smith broke the record for hitting the most 180's in a World Championship semi-final during his 6-3 win over Nathan Aspinall as 'Bully Boy' amassed 17 maximums.  To think that amount of 180's came with only nine sets played in a best-to-11-set match shows the high standards Smith is playing at.

Van Gerwen hit 11 180's during his comfortable win over Gary Anderson, so this could be a close run affair, but van Gerwen is likely to hit a lot more 177's, 174's and 171's, so he may just fall short in the 180's mark, so Smith is worth picking in what should be a fascinating area of the match.

Perfect Treble games involving Michael van Gerwen has seen me more often than not select 170 for the highest checkout, as MVG loves leaving the 'Big Fish' and he is sure to leave it a few times in the final, and I will kick myself if he bags it in the final.

However, Smith is a huge fan of knocking in the 164 finish with two treble 19's before hitting the bullseye, so rather than veer towards the 170 checkout, it could be the 164 out that is the highest hit in the match. 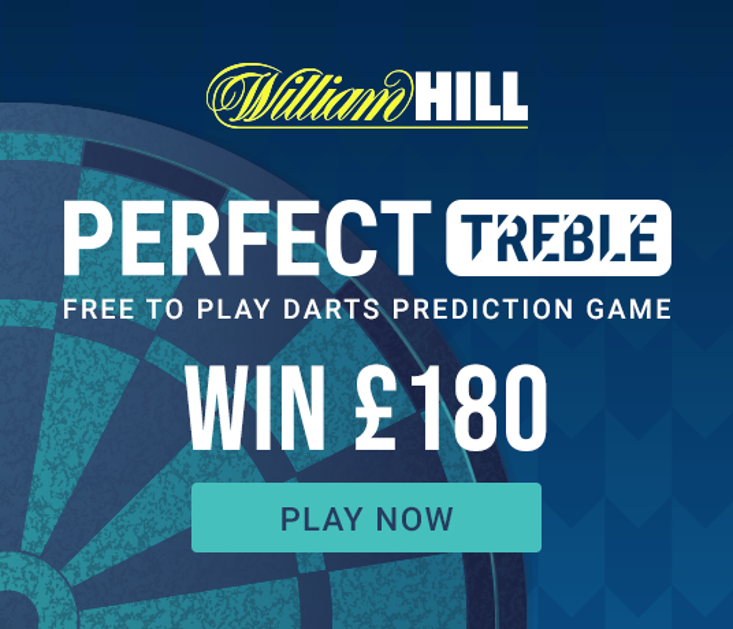