The fifth and final day of Royal Ascot and after four sun soaked days in Berkshire, there is the potential for some rainfall during the course of the afternoon, but predicting where and when these thundery showers will fall is not easy.

It is hard to look past ALFRED MUNINGS in Saturday’s opener. Aidan O’Brien and Ryan Moore have won four of the last six Chesham Stakes and this half-sister to Snowfall out of Dubawi is exceptionally bred and showed he had potential when making a winning debut over this trip five weeks ago. He won that small field maiden by almost five lengths and as the pick of the yard’s hopes for this assignment, he can get favourite backers off to the best start.

Auguste Rodin was also in the frame for this race from Ballydoyle but he had a nightmare run when beaten by Crytpo Force and the Mick O’Callaghan trained juvenile has a chance for Amo Racing who deserve a change of luck this week.

Faisal Road beat a subsequent Godolphin winner at Yarmouth on his debut and he too is respected.

The Jersey Stakes usually sees those who didn’t quite stay in the 2000 Guineas turning up over the seven furlongs, but only a pair of the Newmarket vanquished will line-up and both Dubawi Legend and Tacarib Bay were well held.

The former had good juvenile form and could easily bounce back, although I thought he was a candidate to perhaps go over further rather than drop back in trip.

Noble Truth bolted up at HQ at the Guineas meeting but that form is questionable and he is best judged on his Jean Luc Lagadere second at Longchamp last year.

Alflaila is a course and distance winner in a handicap but faces a tougher test here and I like the claims of the same owners MONAADAH. All his wins have been over seven furlongs and has been awarded a mark of 103 after being a useful rival under a double penalty at Kempton last time. He should enjoy the quick ground and can follow up the win of Molatham in 2020 for the same owner and jockey combination.

Samburu is also unbeaten in three starts, beating a subsequent listed winner at York on reappearance and enters calculations. 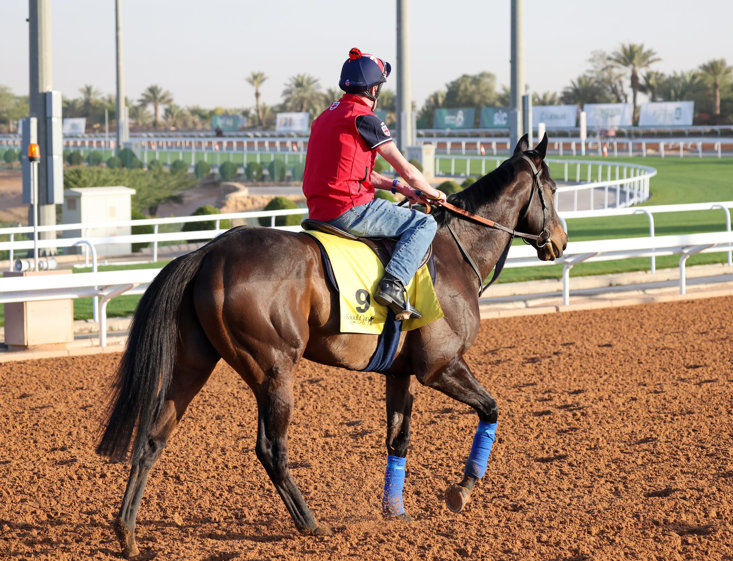 All eyes will be on the return of St Leger winner and Arc third Hurricane Lane in the Hardwicke Stakes. He has reportedly delighted Charlie Appleby on his development from three to four but there is a thought that he will come on for his return, especially with big targets to come this summer. His best form is also with cut in the ground and if the rain hasn't arrived in time, he may not enjoy the quick surface.

I will be having a small each way play on Lafayette if all eight runners go to post as I think he is overpriced for Noel Meade as a Group 2 winner with form on quick ground.

SOLID STONE though was supplemented at a cost of £15,000 by Sir Michael Stoute who will be looking to win his twelfth Hardwicke Stakes. He represents the Derby winning connections of Saeed Suhail and Richard Kingscote will ride.

He has never gone over this far but has plenty of form at ten furlongs and won over eleven furlongs at Newbury last term. He was an easy winner of the Huxley Stakes at Chester last month, acts on the track and likes quick ground. He can certainly serve it up to the favourite who will need to be on his A game.

The second big sprint of the week and if the King’s Stand is a barometer to judge the world’s sprinters, this prize could also be heading Down Under as Nature Strip’s stablemate Home Affairs is a warm order.

27 of the world's best sprinters will do battle over six furlongs but in Home Affairs, we have a horse who beat Nature Strip over five furlongs in February and is a Group 1 winner at this trip. They could all be chasing his shadow, but at 2/1 and 26 rivals, I’m happy to look elsewhere.

Last year's Commonwealth Cup winner, Campanelle, is back for Wesley Ward and Irad Ortiz Jr who has had a trying time this week while Artorius is another Aussie raider who finished ahead of Home Affairs at Flemington in March.

Sacred is an interesting contender on her first start since winning the Hungerford Stakes last August while another filly dropping in trip is last year’s Coronation Stakes heroine, Alcohol Free, although she may want the rain to fall to be at her best.

Minzaal is a lightly raced consistent 4yo who enters the equation, but he has two lengths to find on CREATIVE FORCE judging on last year’s Champion Sprint over track and trip. That victory saw the Godolphin runner take his seat at the sprinting top table, he is three from four on good to firm ground, two from three at Ascot having also won the Jersey Stakes last year and will have come on plenty for his Meydan return in March. A good week for Charlie Appleby and William Buick could get even better if taking the finals day’s feature.

It doesn’t get any easier as 28 runners head to post for the day's big betting heat, the Wokingham Stakes.

Last year's winner Rohaan tops the weights and yet is 3lb lower than twelve months ago. He hasn’t been in anything like the form of his 3yo career though and needs to bounce back, although Ryan Moore is back on board.

The key piece of form comes from Newmarket seven weeks ago in which Blackrod finished ahead of Chairmanoftheboard, First Folio and Jumby amongst a few others. Blackrod won it a shade cosily and a 5lb rise is fair for a progressive 4yo who has won on quick ground, and he should confirm the form with those in behind.

Fresh absolutely loves it here. His course form figures read 21234 including a neck defeat in last year's Wokingham for which he returns just 2lb higher. The issue here is his strike rate, just 2 wins in 16 starts for a horse rated nearly 100 is off putting but he is entitled to run his race.

Tabdeed should go well at a price as a course and distance winner and still lightly raced aa a 7yo but the pick goes the way of the Irish raider QUARANTINE DREAMS. He will be making just his eighth start and this is actually his handicap debut having run in pattern company since winning his maiden last May.

He was beaten just two lengths by subsequent Group 1 winner Romantic Proposal twelve months ago and was noted running on both starts this year over the minimum trip. A fast run of six furlongs looks tailor-made for him and he should still have plenty of potential of his mark for Billy Lee and Ken Condon. 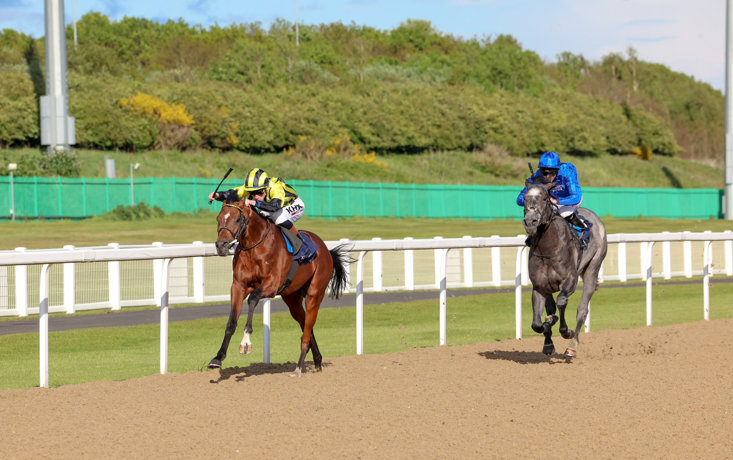 The Golden Gates Stakes is a relatively new race in just its third year, a ten-furlong handicap for 3yo’s.

George Boughey saddled his first Royal Ascot winner this week while Kiwi jockey James McDonald has also struck, and they team up with the hat-trick seeking Missed The Cut who looks to follow up wins at Salisbury and Pontefract. He was very impressive the last time under a penalty and comes under the ‘could be anything’ banner.

Godolphin have three representatives and the narrow call goes to HONITON who was in winning action at Sandown last Saturday. It took him a while to get going then but he hit the line hard, nine lengths clear of the remainder. His two previous contests saw him finish behind a couple of Royal Ascot winners this week, Eldar Eldarov (at Newcastle) and Secret State (at Chester), so has bumped heads with some tough rivals that could make him well treated off mark of 94. It could end a tough week for Frankie Dettori on a positive note.

The 35th and final race of Royal Ascot 2022 is the longest in the form of the 2m 6f Queen Alexandra Stakes.

The big question ahead of this is will the rain arrive in time for Trueshan to take his chance. The forecast is mixed so the market could look very different come post time, so tread with caution. He is the best in at the weights for this conditions race but his participation must once again be in doubt.

Wordsworth went very close here in the Sagaro Stakes in April, beaten just three quarters of a length into fourth. As a full brother to Long Distance Cup winner Kew Gardens, he should have stamina but not sure if it will last over this marathon trip.

One horse who will stay and wont mind whatever the weather does is former Chester Cup winner FALCON EIGHT. His family have already had a good week courtesy of his brother Kyprios’s win in the Gold Cup on Wednesday.

He stuck on well under a big weight in this year’s Chester Cup and connections swap Frankie Dettori for Tom Marquand. He has won over three miles over hurdles and although was a disappointing 7/4 favourite in this race last year after his Chester Cup win, that was attributed to the ground, and he can make amends twelve months on for Dermot Weld.