First up on day two are the speedy juvenile fillies in the Queen Mary Stakes.

The American challenge is the first place to start, especially as Wesley Ward has won it three times in the last six years, including with Commonwealth Cup-bound Campanelle 12 months ago.

Here he saddles Twilight Gleaming, who routed the opposition on her second start at Belmont, coming over seven lengths clear. She is an absolute speedball who will be out quick from the gates and play the hare for the others. Artos also makes the trip across the pond and has Frankie Dettori on board. She only just got home by a nose at Churchill Downs but rallied again when headed and may have a little more stamina to see out the stiff five furlongs than Twilight Gleaming.

George Boughey has had an excellent season with his juveniles, operating at a 40% strike rate. Here he saddles BEAUTIFUL SUNSHINE, who was sent off favourite for the same Newmarket maiden as Nymphodora when only eighth but showed the benefit of that and her true talents in two runaway victories at Windsor and Sandown subsequently. She looks worth an each-way interest at double figure price.

The Queen’s Vase can go the way of Frankie Dettori on board STOWELL. He hit the headlines when a hard-held second on debut behind an odds-on stablemate and put that straight when easily converting in a three-runner race at Ascot last month. He is half-brother to a very good stayer in Martlet, has already proved he handles the track and looks sure to be involved for the John Gosden team who won this race in 2017 with super stayer Stradivarius. 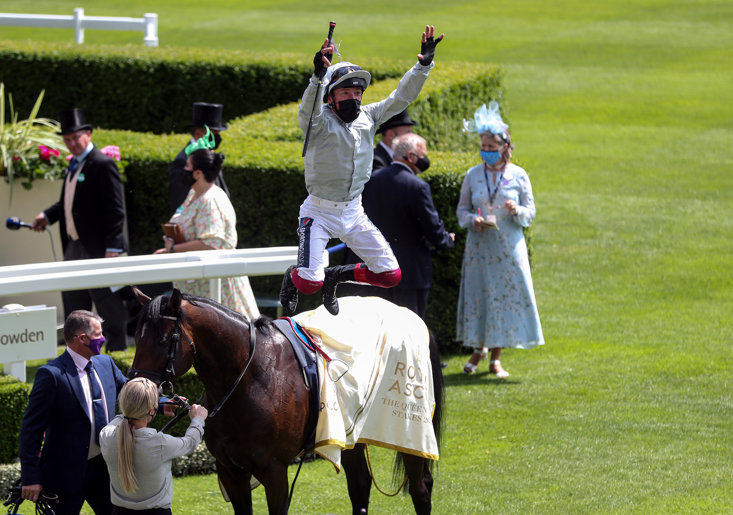 Aidan O’Brien has won the race on five occasions in the last eight years, so his trio are all respected, headed by Wordsworth. He was second over a furlong shy of this trip at Navan a month ago and is the choice of Ryan Moore. O’Brien also saddles Arturo Toscanini, who steps up markedly in trip and Kyprios, who is a full-brother to Chester Cup winner Falcon Eight and dual Irish St Leger heroine Search For A Song.

The Duke of Cambridge Stakes can go the way of LADY BOWTHORPE and give William Jarvis a second Royal Ascot winner, 27 years after Grand Lodge won the St James’s Palace Stakes.

LADY BOWTHORPE has developed into a top-class mare this season. After beating Queen Power in the Dahlia Stakes at Newmarket, she chased home Palace Pier in the Lockinge and he franked the form in the Queen Anne Stakes on Tuesday. She will be more at home on this better ground and was very impressive on her only start at the track, over this trip on the round course last July.

Queen Power finally got her head in front and a confidence boost when routing the opposition in the Middleton Stakes at York last month and only has a head to find on the selection on that Newmarket run at the Guineas meeting. She was a fair third in this race last season and is a viable threat for Sir Michael Stoute.

The Prince Of Wales’s Stakes sees the eagerly anticipated return of LOVE, who easily won last years 1000 Guineas and Epsom Oaks then added a third Group 1 when easily landing the Yorkshire Oaks. Soft ground ruled her out of autumn targets, but she will get her favoured conditions this afternoon and gets a valuable 3lb allowance of the colts.

Sadly the race lost some of its lustre with he withdrawal of last year’s winner Lord North this morning so it will be up to stablemate Armory to provide stiff opposition. He looked good when winning the Huxley Stakes at Chester and was second Down Under in the Cox Plate last October. His form is not on a par with Love though and looks set for a minor role.

There was no disputing how well he won this race last year and showed he was primed for his defence when a three-length winner of the Dubai Turf at Meydan on World Cup night. He just gets the nod over Love with fitness assured.

Audarya is another exciting filly who won the Breeders’ Cup Filly & Mare Turf last season, but she may also benefit from the outing with James Fanshawe identifying big targets later in the campaign and struggling for races to get her season started.

The Royal Hunt Cup is one of the most hotly contested handicaps of the year with 30 runners spread across the track. Tuesday’s action suggested there was a slight advantage on the stands side as opposed to the middle of the track, so maybe that narrows it down and I will take two against the field with extra places on offer for each-way bets. 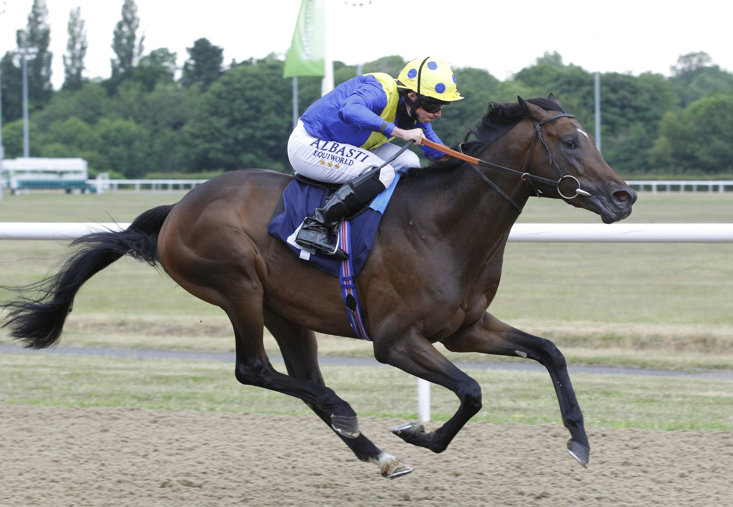 Astro King is one of the choices in the 5.00

First up is Sir Michael Stoute’s ASTRO KING under Ryan Moore. He just got the better of Finest Sound on seasonal debut at Nottingham and is now 4lb worse off after finishing a good second in the Thirsk Hunt Cup seven weeks ago. Finest Sound franked the form when winning at Haydock and is the likely favourite for this contest, but I will stick with ASTRO KING to improve again and confirm the form.

Eastern World was sent off favourite for the Lincoln but was disappointing and needs to bounce back but cannot be ruled out while Lucander is just 1lb higher than when second in the Cambridgeshire last year and will improve for his recent return.

Matthew Flinders acts like he has a big prize in him catches the eye reunited with Oisin Murphy but I will add Irish challenger Layfayette to the staking plan for Noel Meade and Colin Keane. He too is drawn towards the stands side and stays further than the mile. His recent consistent Irish form has been achieved with cut in the ground but he was a quick ground winner as a juvenile and it could improve him. He runs off the same mark as when a close fourth in a competitive Curragh handicap last month and will carry some each way cash.

The Windsor Castle Stakes is the weakest of the juvenile sprints and it could be at the mercy of Wesley Ward, who saddles both Ruthin and Golden Bell, both of whom were wining debutants at Keeneland with Frankie Dettori on board the first named, who looks likely to go off favourite.

They will both go off fast no doubt and leading the home charge is Dig Two. The son of first season sire Cotai Glory won easy over six furlongs at Chelmsford last time, which should stand him in good stead here, and over the minimum at Newmarket on second start.

Superior Force represents George Boughey, who looks to have a strong juvenile team this year, but I will take a chance with CHIPOTLE at a decent price. He made a winning debut in the season’s first flat race, the Brocklesby, and followed up here at Ascot on quick ground. He weakened late on soft ground at Sandown in the Listed National Stakes behind the Coventry fifth Ebro River, and he appears to have been overlooked in the market for Eve Johnson Houghton and Charlie Bishop.

Eighteen fillies will line up on the round mile for the last race on day two.

Lights On narrowly beat DREAMLOPER on the straight track six weeks back but the runner-up is 1lb better off and has fared much better in the draw. She will jump from stall eight with Lights On in the car park from 17. DREAMLOPER also won at the track back in September and was a close fourth against the boys in a good handicap at Haydock behind Persuasion, who is among the market leaders for the Buckingham Palace Stakes on Thursday.