It’s a low key Saturday in terms of quality with all the big guns being readied for Royal Ascot next week but there are still eight races in front of the ITV cameras to try and find the winner of and boost the bank for the Royal meeting.

Just the five runners over five furlongs for the opener on the Roodee. Rebel At Dawn has the standout form this season with his close third at Nottingham in April and another good third in a deep handicap at Newmarket a month ago. He got a deserved win back at Colwick Park last time, but I will take a chance on VIRGINIA PLANE. Her fast-starting nature will serve her well here, especially as Havagomecca hasn’t been the quickest away. She will bag the rail and was only run down close home at Goodwood three weeks ago. She dead heated at Lingfield previously when should have won comfortably and the John Quinn team remain in good form.

The Queen Mother Cup is for Lady Amateur Riders and is a race Tim Easterby has won three times in the last nine runnings. He saddles Sameem here for his daughter Emily, who won the 2016 renewal. Sameem has been woefully out of form, including being well beaten at York last month, but is drastically sliding down the handicap and any market support should be heeded. Mick Easterby would have been proud of his granddaughters Jacqueline Coward and Joana Mason when they took this prize in 2017 and he saddles Flymetothestars for the first time after he left Sir Mark Prescott’s yard. He has not been seen for over three years and is best watched unless significant money is forthcoming.

Carlos Felix is interesting under Gina Andrews but he finds winning difficult so I will side with 2019 winner ARCTIC FOX. Becky Smith replaces Carol Bartley for this renewal, but he wasn’t disgraced in his return at a big price at Ayr last month and that looks like it was a run to put him straight for his title defence.

The Scurry Stakes over the flying five furlongs and I find it hard to look away form the favourite ATALIS BAY here. 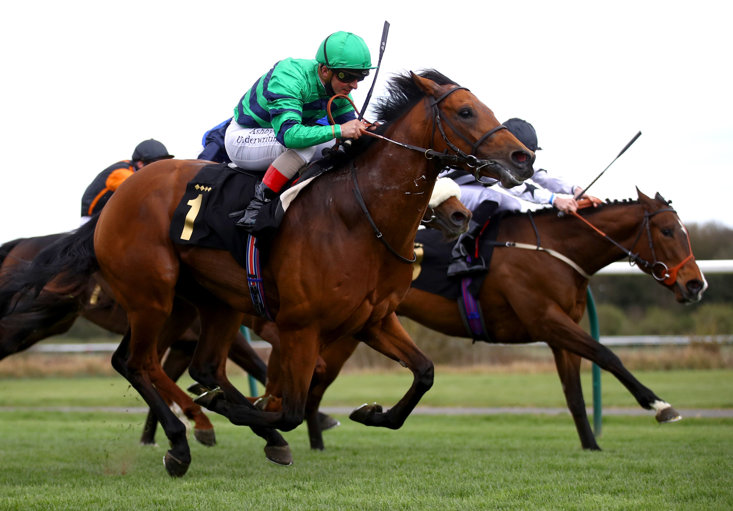 He won a good conditions race at Nottingham on seasonal debut under a penalty ahead of some talented sprinters and confirmed that form with two of those in behind at York recently. He chased home King’s Stand Stakes bound Winter Power and that form is the strongest on offer. Atalis Bay is 4lb better off with fifth placed Warriors Brave, whom he beat by two lengths at Nottingham so is hard to see him turning the tables, although he is also entered in the five-furlong handicap at Royal Ascot next week so expect a good run from him for the very shrewd Horse Watchers outfit.

Another competitive York handicap to sift through, this time over seven furlongs. Dazzling Dan is a horse I struggle to get right and was not with him when winning at Yarmouth recently. He ran a solid follow up third at Newmarket afterwards and it still well treated on his three-year-old form.

Gifted Ruler has not been seen for almost a year but returns a pound lower then when second at Newmarket last June. Tom Dascombe has his horses in excellent form, and he must be considered but I will chance MANIGORDO to bounce back here for Tim Easterby. He was rated high 90s when with Richard Hannon and ran in some high class three-year-old handicaps and was a big price winner at Thirsk on just his second start for this yard. Disappointing here at York on his next run at the Dante meeting, he bounced back to be third at Hamilton last time in a first-time tongue tie (retained) and was backed from double figure prices when the market opened yesterday for this race.

Another tricky puzzle to solve back at Sandown over a mile and lots of eyes on handicap debutant Latest Generation under James Doyle. He ran behind Derby third Hurricane Lane on his return to action and was also considered good enough to take on One Ruler in the Autumn Stakes last year. A mark of 93 should see him run well.

KING’S KNIGHT is the pick here for Charles Hills. He should have won at Goodwood two starts ago but was nailed close home when his young pilot seemingly thought he had the race won. He followed that up with a solid fourth behind the very progressive Boardman and subsequent Epsom winner Ejtilaab. He runs off the same mark and his win in a Beverly maiden gives encouragement this stiff mile is within range.

Trais Fluors was a group race performer in Ireland for Ken Condon but has not shown much in four starts this term for Mick Channon while Buxted Too ran well over track and trip when second (would have been third but for Rifleman veering and unseating) in the Esher Cup, form that is not working out too badly. Alexander James ran flat Chester but is worth a market glance on a more conventional track with some good pattern race form as a youngster to his name in France.

Back to the Knavesmire for Listed Grand Cup with just four contenders. Red Verdon is the outsider but won the race comfortably in 2020 and is the only booked ride of the day for Frankie Dettori. Ed Dunlop’s eight-year-old has been globetrotting again with limited success and while I expect he will be back here in August for the Ebor, he may have to settle for a minor role against younger legs here. 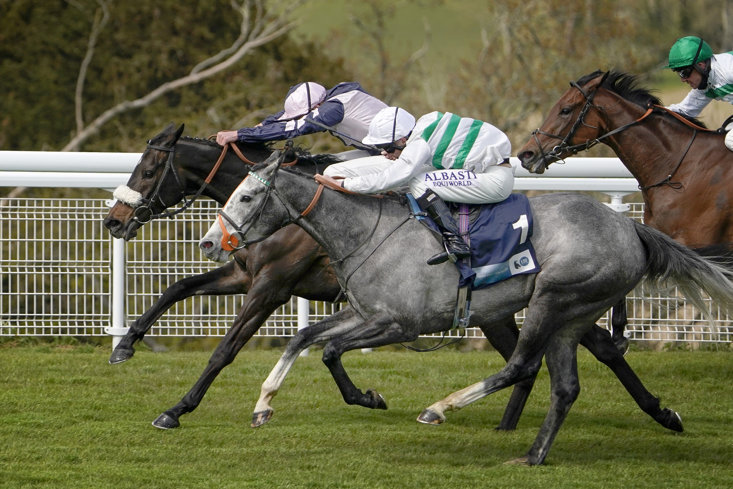 Roberto Escobarr is an interesting runner for William Haggas and Tom Marquand. He won a novice contest at the track last year but was well held in the Great Voltigeur subsequently and was then put away until returning with a fair but distant fifth at Ascot behind Albaflora. With that run under his belt and a step up in trip, we can expect better here but on that form he has plenty to find with MAKAWEE.

Makawee is a solid operator at this level and an uncomplicated ride. She gets weight of the males and was a good third to Tribal Craft, beaten by three lengths (Tribal Craft was nine lengths ahead of Roberto Escobarr at Ascot), has course form figures of 1522033 and is tactically versatile.

The final runner is Ranch Hand for Oisin Murphy. He won the all-weather marathon final at Lingfield on Good Friday for which he is four form four on all-weather but just two from twelve on turf. He was a good second in the G3 Henry II Stakes at Sandown last time and he may need further than this trip to be at his best.

A twelve furlong three -year-old handicap is next up back at the Roodee.

Military Two Step only started his career last month and has finished first and second in two small field novice races. He was caught by the outsider last time having led and will be interesting what tactics they adopt here with Richard Kingscote on top, especially in relation to course winning stablemate LOVE IS GOLDEN. He was given a masterful Franny Norton special at the May meeting and was only just denied off this 4lb higher mark at Goodwood last time. I expect Norton will want to lead again and play the mouse while the cats all fight each other behind and he can save enough to see them off. The stable also have the consistent Glen Again but he may need softer ground to be at his best. 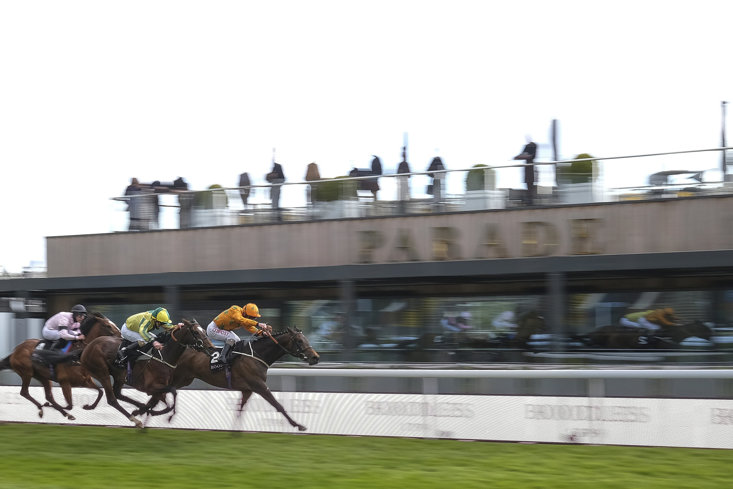 Man Of Riddles has his sights lowered after failing to beat a rival in a listed contest at Goodwood three weeks ago while the famous Juddmonte silks will be carried aboard Side Shot. The heavy ground can be given as an excuse for a well beaten effort at Haydock recently and is best judges o his staying on win at Doncaster in April and is a half-sister to Sutter Speed, who beat the great Enable early in her career before heading to the USA.

The final race in front of the ITV cameras this Saturday is the most competitive with seventeen 3yo sprinters heading to post and none of the seventeen can be ruled out, with even the biggest priced contender running well in defeat the last twice and no less than six last time out winners.

Tim Easterby has won three of the last seven runnings and is responsible for a couple in Barney’s Boy and Showalong. Barney’s Boy was well beaten at Newmarket in his hat-trick bid and may be handicapped to the hilt while Showalong, undoubtedly impressive at Chester, may need softer ground to be seen to best effect.

Charles Hills saddles two strong contenders in Dark Shift, who has won two of his three starts including when odds on at Nottingham five weeks ago, and Jadwal, who was second to the well handicapped Jumby in a similar contest at Newmarket but has been hit with a 7lb rise.

Skyrunner won easily at long odds on at Pontefract and is on a hat-trick for the Marquand/Haggas combination while there has been money for First Folio on just his third start for connections. He missed the break at Newmarket so his fifth placed run (behind Jadwal) can be marked up.

AIKIDO is an intriguing Irish raider under an excellent 5lb apprentice in Sam Ewing from Ger Lyons yard. He has won his last two on the all-weather at Dundalk and the British handicapper has only given him a 1lb rise for the latest of them. He is drawn in the centre, giving his young pilot lots of options and looks a worthy each way bet to hit the frame (first five in most places).