Following Super Saturday, it is unsurprisingly a little quieter on the racing front this weekend, but we still have some real good fare on offer.

The ITV cameras will bring us a Classic contest from the Curragh in the form of the Irish Oaks, some scorching summer jumping at Market Rasen and the speedy super sprinters take centre stage at Newbury.

The Listed Steventon Stakes kicks off our action at Newbury and it's a good chance for DERAB to bounce back after being beaten in a classic last time out. He faced an almost impossible task from stall 14 in the French Derby and was not disgraced behind the leading performer of the year so far in St Mark’s Basilica. He had previously hacked up at Newmarket in a novice contest and his less than two lengths beating here at Newbury to subsequent Group 1 winner Snow Lantern looks very good now when conceding her 5lb. He gets 9lb off all the other runners in the field except the other 3yo Movin Time and should take a lot of beating.

Movin Time was fifth at Royal Ascot behind Mohaafeth in Group 3 company but had given Queen’s Vase winner Kemari a thumping at Newmarket previously. He needs to get back to that form.

Of the older brigade, I would take Solid Stone to come good. He was made favourite for the listed Wolfreton Stakes over this trip at the royal meeting and ran a solid third.

The Summer Hurdle has only gone to the favourite twice in the last decade, although seven winners were a single-figure price and only one carried more than 11-2 to victory. Therefore, I am looking at a fancied runner towards the foot of the weights and that dart has landed on VOICE OF CALM for Emma Lavelle and Tom Bellamy. A very lightly-raced hurdler, he followed up a good novice third at Kempton with a handicap debut success at Cartmel and a 9lb rise may not stop him. It is interesting the same connections run top weight Hang in There under a 7lb penalty for a Stratford success last Friday with 10lb claimer Joe Anderson on board.

Dr Newland is always respected in these races, and his hat-trick-seeking Wicked West will have his followers, while Fergal O’Brien has been having a terrific time of late and saddles recent Kelso winner Valentino Dancer.

A cracking Staying handicap to solve with the 1-2 from the Northumberland Vase reopposing. Zeeband was a very impressive winner of that contest, quickening clear in the final furlong to stamp his authority. The runner-up, Margaret Dumont is 5lb better off for two and a half lengths and challenged late with a fast finish, but arguably her all-weather form is better than turf and I expect Zeeband to uphold the form. Call My Bluff is on a hat-trick and just got up at Chester last time and is respected, but the vote goes to RODRIGO DIAZ. He has won four of his nine starts but this is his first attempt at two miles and it promises to bring about further improvement. He has been given a lot of typical Jamie Spencer stalking rides and was most impressive in beating the useful Sashenka over the furthest trip he has tackled to date. He beat last week’s Newmarket winner Duke of Condicote under hands and heels two starts back and was uncharacteristically keen at Kempton last time in a slowly-run affair. A better pace here and I expect you will see a motionless Jamie Spencer long into the final furlong. 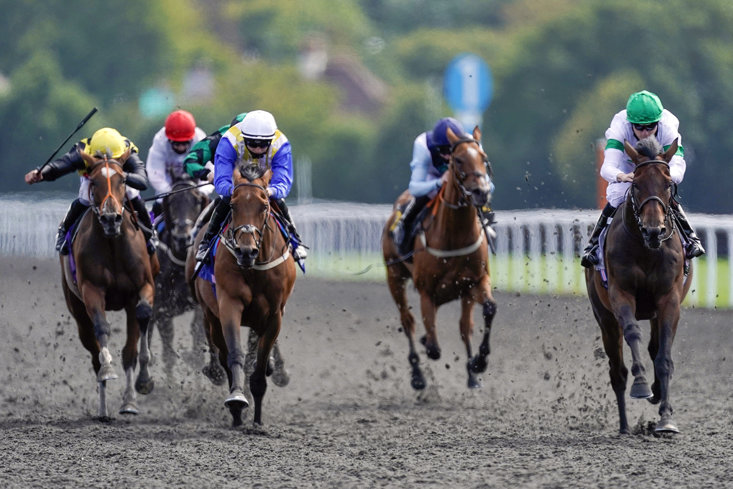 The first port of call in big summer handicap chases is Peter Bowen and he saddles two in a race he last won in 2018.

His two sons are on board, with James taking the ride on Francky Du Berlais who is bidding for a third win in four starts, while Sean, who rode More Buck’s to victory three years ago, rides recent course and distance scorer Lord Bryan. He earned a 7lb rise for that win but did beat a course specialist in Ballyhome and would just be the pick of the pair for me.

Fire Away has been a revelation since his controversial stable debut for Laura Morgen when part of the huge plot that was foiled in February. He was won four and been runner-up twice in his next six starts. The latest was over hurdles to protect his chase mark and he may not be far away. Paul Nicholls will rely on Darling Maltaix who won nicely Newton Abbot three weeks ago, but it is hard to look past Dr Richard Newlands CAPTAIN TOM CAT. He has not seen a rival in making all to win his three chase starts and this useful hurdler looks like making into a better chaser. There is only competition from Lord Bryan and Mercian Prince for front running tactics, but he was not a pacesetter over timber and expect him to be prominent throughout.

At a bigger price I am tempted for an each way play on PINK EYED PEDRO. He was second in the Topham Chase at Aintree in April and was still in with a big shout when falling at Newton Abbot in May. He showed no ill effects from that when a good fourth at Uttoxeter behind Francky Du Berlais and with Paddy Brennan taking over in the plate and around 14/1, he looks good value to reach the frame.

The Group 3 Hackwood Stakes is a sprint over six furlongs that has only attracted seven runners.

Happy Romance won the Super Sprint on this card last year and bounced back to form last time but is arguably better at the minimum trip. There could be a minor surprise here and I will chance ROYAL CRUSADE once again. He let us down at Newmarket three weeks ago when well held, but if you stop the race two out he had just joined the leaders. He did weaken tamely but it was his first start for three months and a drop in trip plus a rise in race fitness should see a much better showing.

Method was well held in the July Cup last week and needs to bounce back while Royal Commando is a player on his good Doncaster win in March and is forgiven being well held in the G1 Diamond Jubilee. He too could outrun his price.

A staying handicap hurdle to decipher and April’s course and distance winner GIOVANNI CHANGE looks the one to side with. His course form figures read 311 including a win over this trip in April. He ran a very close third at Aintree a month later a race that is working out well with two future winners in behind and the horses either side of him have been runner-up subsequently. He had a pipe opener over a mile and a half on the flat to keep him fit and can give away the weight all around. 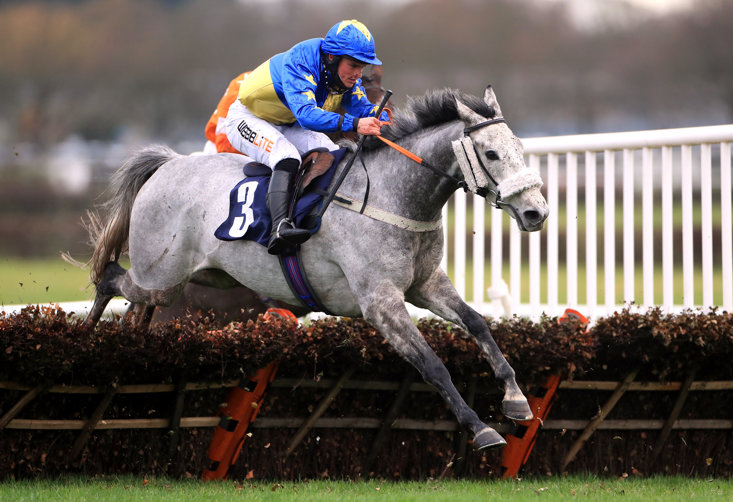 There is no doubt the standout three-year-old middle-distance filly is Snowfall after her 16-length romp at Epsom last month. However, I cannot help but feel that was a total anomaly as many floundered in the ground behind her. She was a 14/1 winner of the Musidora and although a couple of winners have come out of the Oaks at group level, those immediately in behind have let the form down.

She is the likeliest winner of this race but is priced accordingly and at 1/3, I would rather pay for the places.

Snowfall has already claimed the scalp of stablemates Divinely, Willow and Jaconda at Epsom although I expect they will be much closer here, but the one with the next best form in the line-up is Donnacha O’Brien’s NICEST. She was not beaten far in the Cheshire Oaks before a good Listed third here at The Curragh over ten furlongs. But it was her Ribblesdale effort that marks her down as the main danger. Nicest had Divinely a neck behind despite have excuses. Her rider briefly dropped the reins when entering the straight and she was later found to have lost a shoe. That effort can be marked up and each way at around 8/1 should see return on the investment.

A big field off 22 juveniles line up for the valuable Super Sprint but on figures, the field can be narrowed down to three major contenders.

It is a race farmed by the Hannon’s with Richard Jnr already winning it on three occasions in the last six running’s wile his dad won it seven times. Hannon saddles six of the twenty-two runners and while Symphony Perfect is not totally ruled out after a good win at Bath last time under Hayler Turner, but she does have to find something extra the yard have better claims with Gubbass. He made his debut at Leicester early in April and looked to be a Royal Ascot colt when landing favouritism in good style. He was taken out of his next intended start at Ascot in May when he would have bumped into Chipotle but is a strong player if back on song.

CHIPOTLE has won three of his four starts, including at Royal Ascot last time when storming home on the ‘wrong’ side. He had to run alone for the last furlong but stuck on strongly to win very easily. His only disappointment came on soft ground in the National Stakes when he weakened close home. He was a very early 2yo, winning the first race of the season, the Brocklesby at Doncaster and on official figures has 18lb in hand on all but one of his rivals.

The only horse with hailing distance on the figures is Vintage Clarets who took his form to a new level when third in the Coventry. The form of that race has taken a few knocks and he has four lengths to find on Chipotle on their Brocklesby meeting in March. He did win both starts over this trip in between his debut and Ascot and in receipt of 3lb, should get closer to his old rival.