It’s a busy Saturday on the racing front with six good quality meetings in Britain and Ireland with the Irish Derby, a race won on 14 occasions by Aidan O’Brien, the highlight.

Let’s try to point you in the direction of some winners in front of the ITV cameras first, with the action split between the all-weather at Newcastle for Northumberland Plate Day and down at HQ at Newmarket for three pattern contests.

A competitive sprint handicap kicks us off over six furlongs on the Tapeta at Gosforth Park. Mondammej has been running well over five furlongs and the extra trip may bring out some improvement from this habitual slow starter who has course and distance-winning form. He almost got the nod but I’m putting up the ridiculously well treated MAJOR JUMBO for Kevin Ryan. He has been to the track three times and course form reads 123, the latest of which was a close third in the Group 3 Chipchase Stakes on this card last year. He has not been in sparkling form but is rated 12lb lower than his effort 12 months ago and the capable 7lb claimed John Shinnick eases the burden still further.

A good turnout for this juvenile listed fillies’ contest with a few having a quick turnaround from Royal Ascot, while four come here on the back of debut success. Arguably the most impressive may have been Najat, who swerved all over Thirsk on her first run and still came home over four lengths clear.

CACHET was beaten just over three lengths in the Albany, where the ground had turned to Heavy and was impressive on the Rowley Mile on her debut on good ground. She sees out the stiff six furlongs well and George Boughey has an incredible 32% strike rate with is juveniles this season which is extended to 44% for the individual runners (12 winners from 29 runners).

The Group 3 Chipchase Stakes looks a decent renewal with the 116-rated Khuzaam the best horse to run in the race since 2016. He was well behind Place Pier on turf two months ago, but his all-weather form bears the closest of scrutiny, notably when he slammed Mums Tipple and Bless Him an all-weather finals day at Lingfield on Good Friday.

DILIGENT HARRY is the only three-year-old in the field and gets a valuable 7lb weight concession on just his fifth start, being campaigned exclusively on the all-weather. He also won on Good Friday, in the three-year-old sprint division, brushing aside the useful Mighty Ghurka with a minimum of fuss. 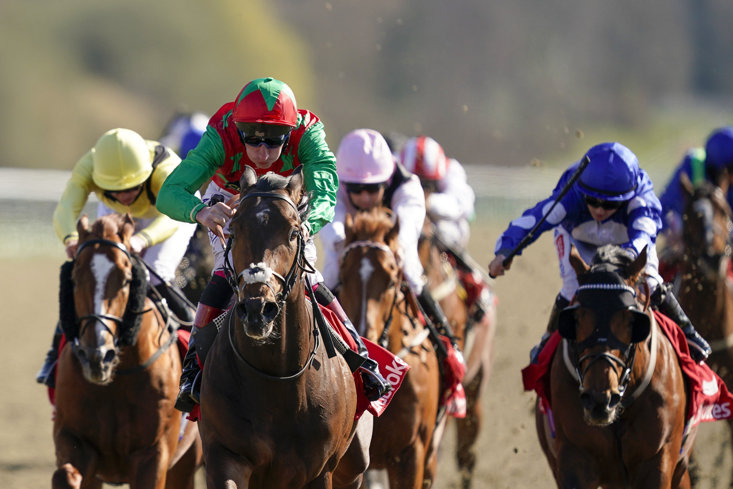 Logician continues on the comeback trail with the 2019 St Leger winner, who nearly lost his life the following winter, running ok on his comeback at Newbury behind Al Aasy with the market suggesting he would need the spin. Frankie Dettori has headed to Ireland and Rab Havlin takes the ride, but he can be taken on at a forecast 6/4.

DESERT ENCOUNTER for David Simcock has won three of the last seven renewals of this race. His globetrotting stable star ran well on his return at Sandown behind Waldkonig and had no pace to aim at when runner-up at Goodwood before a great effort last week at Royal Ascot, going down by just four lengths to Love in the Prince Of Wales’s Stakes. He has finished third in two runnings of the Princess of Wales’s Stakes, the Group 2 run over this track and trip at the July meeting and he may turn up there again on the back of a victory in this with Outbox and Logician likely to set a decent pace.

The Northumberland Vase is the consolation race for the Plate 35 minutes later.

Favourites have won three of the five renewals and that tag is likely to be held by East Asia, who has been a revelation since joining Ian Williams from Dubai. He was a maiden in the gulf, but is three from three on turf here, including an impressive success despite under pressure early at Goodwood recently and is 7lb well in on his turf form.

I will take a chance with BELLATRIXSA. She was a course and distance winner on her last start for Michael Dods and subsequently changed hands for 80,000 guineas. She joined Venetia Williams for a hurdling campaign, where she has won two and finished runner-up from four starts (other was fifth in Listed company. She is rated 124 over jumps but now returns to Newcastle just 5lb higher than her win in September, making her look well treated. Double figure prices each way must be snapped up.

The Criterion Stakes is a rare Group contest over the specialist trip of seven furlongs.

Kinross has been expensive to follow but everything fell right at Haydock last time. The ground may be quicker than ideal though and he has a penalty for that latest success. Duke Of Hazzard has had excuses this season and is respected but we may have a mini shock on the cards.

The Derby-winning duo of Charlie Appleby and Adam Kirby team up with ROYAL CRUSADE, who won on debut over course and distance back in 2019 before finishing second in the G2 Champagne Stakes. He beat subsequent Champions Sprint star Glen Shiel over at Deauville on his final start as a 3yo and has only raced seven times, most recently was less than three lengths behind Extravagant Kid in the G1 Golden Shaheen at Meydan on World Cup night. He appears to have been underestimated if ready to fire on first start for three months. 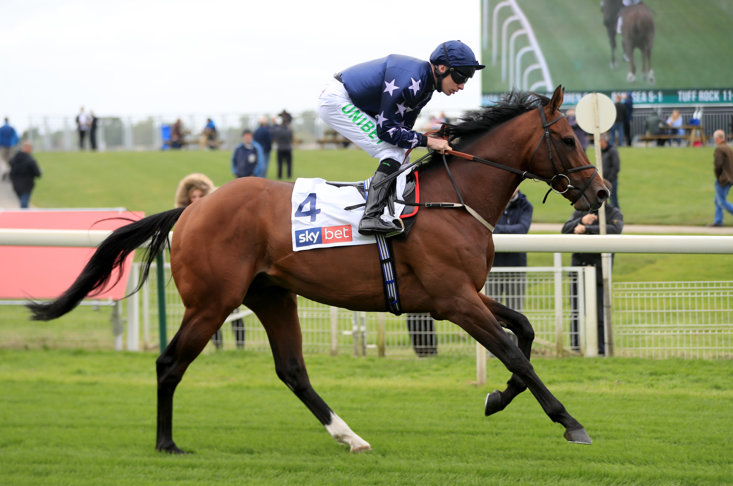 The Northumberland Plate is the biggest flat race of the summer at Newcastle.

The race is also referred to as the Pitmen’s Derby as it was a holiday for local mine workers and run on a Wednesday before switching to its current home in the calendar 70 years ago.

It is run over two miles and attracts the best staying handicappers in training, although this year we have added quality.

That quality comes in the shape of last season’s Long Distance Cup winner Trueshan, who heads the weights and Alan King has booked top 5lb apprentice Rhys Clutterbuck to ease the 5yo’s burden of 10-4. The master of Barbury Castle will also saddle last year’s fifth Rainbow Dreamer, who has an excellent strike rate on the all-weather with six wins from eleven starts.

A chance is taken though on ISLAND BRAVE for Heather Main and 3lb claimer Ray Dawson. He ran as well as expected in the Ascot Stakes last week, beaten seven lengths for a 125/1 shot and had no chance with Stradivarius in the Sagaro Stakes. However, he is a dual course winner, including over this trip when he had four of today’s rivals behind in an all-weather finals fast track qualifier. He is 2lb wrong but that is negated by the rider’s claim and is weighted to confirm the form over those rivals yet trades around 20/1 and that offers value in big field handicap.

The big race over the Irish Sea is the Irish Debry and Aidan O’Brien saddles five of the 11 strong field in his quest for an incredible 15th victory.

Chief amongst them is the talking horse of the winter High Definition. He made a lasting impression in two juvenile starts, coming from a long way back to win both over a mile, but had a setback over the winter and faced a race against time to get ready for a Derby trial. He missed his intended target but did take up an engagement in the Dante at York when made favourite, coming home two lengths behind Epsom third and the reopposing Hurricane Lane.

The British head over mob-handed with a three-pronged attack including the Epsom second and third. Mojo Start ran a massive race for a maiden and was arguably unlucky not to be closer, having to wait for a narrow gap to appear. He has been supplemented for the race at a cost of €75k, although earned £250k for his Epsom effort. It would be an incredible return to his homeland for jockey Rossa Ryan, who was having a blazing start to his 2021 campaign before a fall at Wolverhampton broke his collarbone, and he developed appendicitis which also prolonged his absence. These will be his first rides in over a month at The Curragh, but what a story it could produce.

Hurricane Lane was a gallant third at Epsom when challenging out wide, while Mac Swiney bids for the Irish 2000 Guineas/Derby double and the Jim Bolger team have already plundered plenty of prizes this season with him and Poetic Flare leading the way. Unless they get plenty of rain though he may just find the round a little lively.

That leaves LONE EAGLE, the mount of Frankie Dettori, who has already landed two classics over here this season but competes against the Coolmore clan this time. He teams up with Martyn Meade to ride Lone Eagle, who was taken out of the Derby at declaration time and instead aimed here. He won the final recognised derby trial at Goodwood five weeks ago to take his record to four wins from six starts, and he may just be the overlooked runner in the race at around 7/1.