Horse Racing
News
Betfred's Matt Hulmes takes a look at the action in front of the ITV cameras on Saturday
Matt Hulmes
18:05, 10 Sep 2021

A stellar weekend of horse racing action to look forward to over the next two days begins with classic action at Doncaster and Group 1 contests in Ireland for their Champions weekend. Here we digest the action in front of the ITV cameras and try to find a winner or three.

The day's big betting race is the Portland Handicap over five and half furlongs.

Last year's winner Stone Of Destiny is back for more off a 7lb higher mark. He ran well last weekend at Haydock and may well have been primed for a return victory. He was just behind MONDAMMEJ seven days ago and this in between trip could suit Anthony Brittain’s charge.

He has run consistently well all season in top sprint handicaps and finally came good on Merseyside. A 3lb rise will make it more difficult as he is worse off with the runner-up, the equally admirable and consistent Copper Knight, who has had a resurgence of form in his 7yo career including two decent prizes on his beloved Knavesmire and was a fair second here last month.

Hurricane Ivor has been in good heart this season since joining William Haggas from France and is a worthy favourite while Great St Wilfrid winner Justanotherbottle is another regular in these contests who could follow up his Ripon victory. 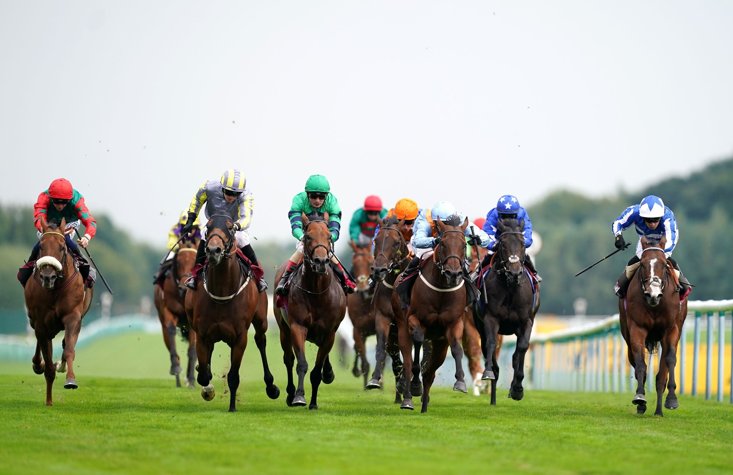 ALIGNAK won this race quite comfortably last year and although he hasn’t been seen since, that usually isn’t a worry when hailing from Sir Michale Stoute’s yard who is the most patient of handlers. He went down by just a short head to Trueshan before bumping into Hukum ahead of winning this prize in 2020 and with Richard Kingscote on board, he is chosen to retain his title.

Don’t get mixed up with Alounak, who has leading claims on his best form and was a cracking third in the Ebor last time, but he can also throw in a poor run and this is his first taste of the tight turns of the Roodee. Throne Hall is a horse I have liked this season and he showed his turn isn’t far away when sticking on gamely at York last month. This is his trip and he won't mind if there is rain, but this is a rise in class and I can see a couple just proving too good again. The November Handicap could be on his agenda.

Just the four juveniles go to post for the Champagne Stakes with Irish raider and Gimcrack third Twilight Jet the most exposed and he is the outsider of the four. He has two lengths to find on Lusail on that form and it is hard to envisage him getting closer. Richard Hannon’s York winner has won four of his five starts including the July Stakes prior to his Gimcrack success. He looks a top juvenile but he may meet his match in REACH FOR THE MOON to whom he must concede 3lb.

The Queen’s runner bumped into two useful juveniles on his first two runs before beating the big sales winner earlier in the week, Harrow, by four lengths. He followed up in the Solario Stakes at Sandown in equally comfortable fashion and John Gosden looks to have another smart juvenile on his hands after landing the fillies equivalent on Thursday.

I wouldn’t lose faith in Bayside Boy who was beaten a whisker despite hanging at Newbury. He was mightily impressive at that course on debut and is actually closely matched with Lusail on that form. He arguably should be unbeaten and would be a bit shorter in the market if that was the case. He may chase the favourite home.

Selection: REACH FOR THE MOON

Last year’s winning trainer Ian Williams may hold the key here as he saddles Mancini for Dr Marwan Koukash and HASANABAD. Mancini is likely to head the market after a second at the track three weeks ago over two miles and has run admirably in the face of tough tasks this season and remains 2lb below his last winning mark. However, Richard Kingscote has ridden him on a few occasions, and it may be significant he rides stablemate HASANABAD at a much bigger price.

The selection had some good staying flat form with Dermot Weld in Ireland two years ago and has been turned into a dual-purpose performer by Williams. He hasn’t really troubled the judge of late, but it was a much improved performance when a close fifth at the course back in May and off another 1lb lower, he rates a fair each way play.

Jamie Spencer on board the lightly raced Mr Curiosity catches the eye, while Hochfeld is a course and distance winner who was third in the Chester Cup. He has been kept very busy and will put the pace to the race.

Patrick Sarsfield was third in a German Group 1 last season but looks outclassed by his three rivals. Poetic Flare has been sensational this season at a mile and missed an engagement in France last weekend to step up in trip here. He was an early five furlong winning 2yo and needs to prove the extra quarter mile suits.

Tarnawa has won seven of her last eight starts and climbed the ranks last season culminating in a victory at the Breeders’ Cup. She started this season with an easy win at this track last month and has lots of autumnal targets. She is a star but may have to play second fiddle here to a superstar.

ST MARK’S BASILICA has been Aidan O’Brien’s stand out classic colt this season, winning both French classics before stepping up against older opposition and blasting clear to win the Eclipse where he had impressive Juddmonte winner Mishrif well back in third. He gets a valuable 3lb off the mare and has a blistering turn of pace. With no obvious pacesetter, it looks set to be tactical and that too should play to his strengths. 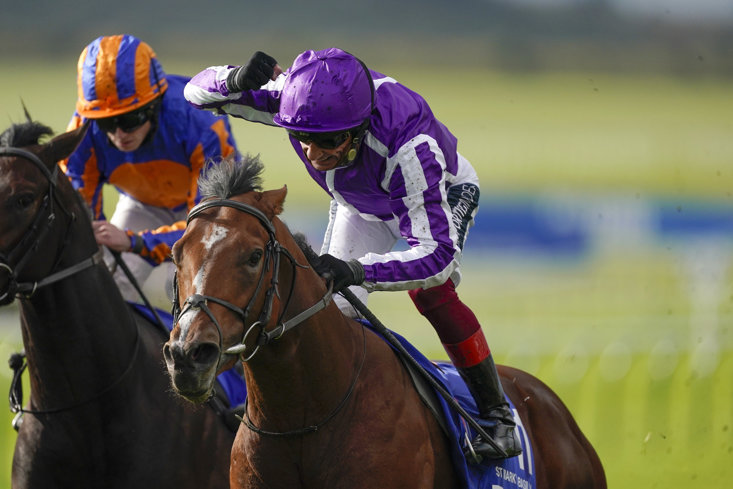 LANEQASH was unlucky not to win at this meeting last year when hampered in the closing stages and wasn’t seen after well beaten in soft ground at Newbury. He made an encouraging belated reappearance when only finding Sacred too good in the Hungerford Stakes and Roger Varian’s very lightly raced 3yo should take plenty of beating in the G2 Park Stakes.

His owner mate, Danyah, steps up from handicap company having run consistently well in some of the top contests this season and won the International at Ascot when last seen in July, while Glorious Journey and D’Bai are sold operators but look vulnerable to a progressive type, and in LANEQASH they are meeting exactly that.

Hurricane Lane is the red-hot favourite for the season’s final classic and is rated higher than any runner in the last three years. He has the same rating as recent winners Capri and Kingston Hill and is certainly the one to beat after his Irish Derby and Grand Prix de Paris successes.

Mojo Star was a maiden when second in the Derby and then ran fifth in the Irish version, some ten lengths behind the favourite. He won his maiden with minimum of fuss at Newbury and now needs to prove the Epsom effort was no fluke.

Ottoman Emperor was a game winner of a recognised trial, the Gordon Stakes at Goodwood, when accounting for Sir Lucan and YOUTH SPIRIT, who then reversed that form when ahead of Sir Lucan in the Great Voltigeur at York. Andrew Balding’s colt has been highly tried since winning a Derby trial at Chester in May and despite being well beaten in the Epsom Classic, has bounced back well. He does need to improve but looks a huge each way price to at least hit the frame as he is almost guaranteed to run his race.

Back in fifth that day was Scope and better could be expected of him, who was making his first start for three months and was staying on best at the line. The extra trip will bring about improvement in him and he too could outrun his big price.

Aidan O’Brien saddles four runners. All wear cheek pieces and Sir Lucan looks set to be the best of those, despite them paying £50,000 to supplement High Definition who looked their number one classic hope going into the season but has disappointed on a couple of occasions to have much faith. He is the choice of Frankie Dettori so will be popular.