The second Saturday of July is dubbed Super Saturday with high class racing all over the country. The Group 1 Darley July Cup is the feature at Newmarket, while the Betfred Summer Mile takes centre stage at Ascot. It is a good card at York with the John Smith’s Cup one of the big betting races of the year and Chester also hosts listed action.

There are 11 races on ITV to try and fathom too, so best of luck.

A 19 runner one mile handicap at York is a tough starter for Saturday.

Usually, the draw has importance over this trip as it is a short run to the sweeping bend, but with runners now electing to head down the centre of the York straight, it has negated it a little.

Five of the runners are last time out winners, including Carlisle Bell scorer CHICHESTER for Keith Dalgleish. He needed every yard of that stiff mile and has been edged up 3lb. The 4yo deserved a victory after a string of creditable efforts, including a good fifth over further at the May meeting at York.

That form looks good with the second and fourth winning since and he was a solid third in the Zetland Gold Cup at Redcar. On just his twelfth start, he may not have hit his ceiling just yet.

A seven furlong fillies’ handicap gets us underway at HQ and I have been waiting to see KINGMANIA run again for a few weeks. I thought she would go to Royal Ascot, but Chris Wall has resisted and this looks an excellent opportunity to land her hat-trick.

She was a warm favourite for her seasonal return at Leicester where she won with minimum fuss before a similar victory at Doncaster five weeks ago. The handicapper has put her up 6lb but she has plenty more in the locker for a yard whose horses continue to run well.

The Group 3 John Smith's Silver Cup Stakes has been won by the likes of Mount Athos, Pamona and Dylan Mouth in recent times and it is likely that HUKUM will add his name to that list. 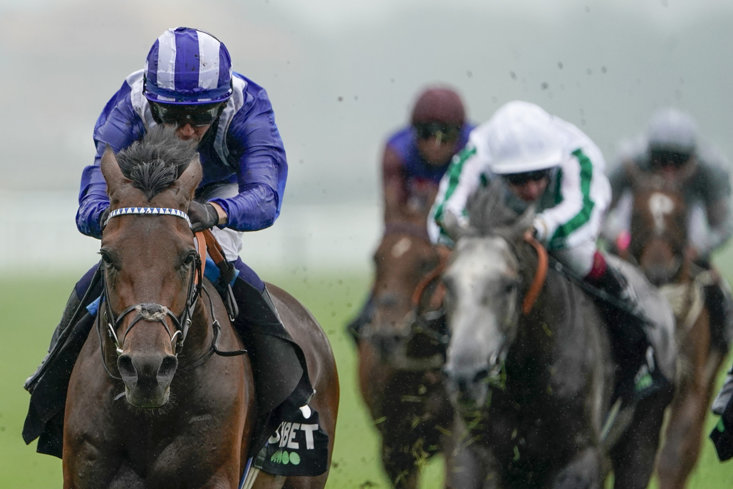 The son of Sea The Stars has always been highly regarded and was sent off as short as 7/2 for the St Leger last season. Trained by Owen Burrows, the four-year-old was last seen finishing third at Royal Ascot in the Group 2 Hardwicke Stakes, which was boosted by Broome (who finished second) winning the Group 1 Grand Prix de Saint-Cloud recently.

Stepping back up in trip is a plus and he should be hard to beat if ridden prominently.

Another good handicap over a mile for 3yo’s comes our way at 2.40pm and all eyes will be on Godolphin’s unbeaten ROYAL FLEET who bids to give William Buick a welcome winner on his return to the saddle after an 11-day ban.

He won very comfortably at Yarmouth on his return and with both the second and third winning since, the form is solid. The runner-up won easily here at Newmarket while the third home, who was over four lengths away, has won a Kempton handicap and is rated 80. Royal Fleet was conceding 7lb to the pair of them and with lots of improvement to come, he rates a solid favourite this afternoon.

The Betfred Summer Mile Stakes is a Group 2 contest for the older horses and was last won by the wonderful Mohaather. This year’s renewal may lack a star of that quality but there are a number of credible contenders including the likely favourite Sir Busker, who ran a career-best to finish third over course and distance in the Queen Anne at Royal Ascot.

The selection however is AL SUHAIL, who looked potentially top class when winning the Sir Henry Cecil Stakes last season. Trained by Charlie Appleby, the beautifully bred son of Shirocco Star has recently been gelded after finishing last in the Dubai Turf, when sent off at 15/8 and after a few months off, he may be the value at the prices.

The Group 2 Superlative Stakes has provided a number of champion racehorses down the years including the likes of Dr Devious, Dubawi and more recently Olympic Glory.

Run over seven furlongs, this year’s renewal is likely to be a battle between Native Trial and Dhabab. The one that sticks out though is MASEKELA. 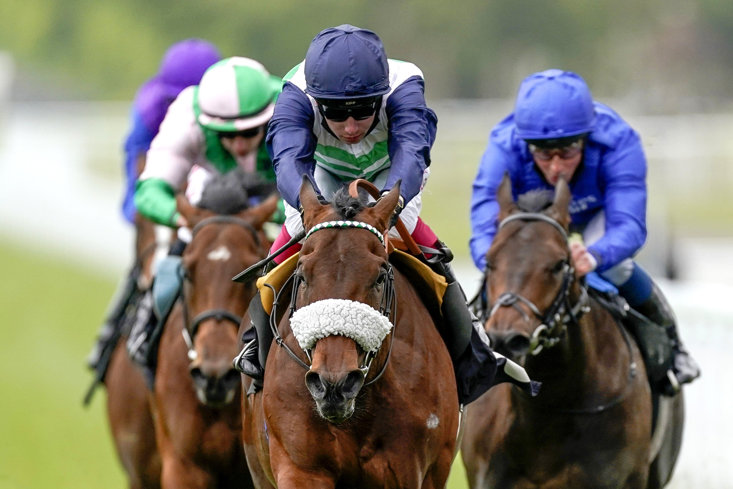 Having won on his debut at Goodwood, Andrew Balding made no secret of his potential and if his run at Royal Ascot can be excused, then he could be the one to be with.

The Betfred Heritage Handicap is run over five furlongs and looks a wide open contest with a big field set to head to post.

Karl Burke’s Significantly is the likely favourite after winning well over course and distance recently at Royal Ascot in the Palace Of Holyroodhouse Stakes. Bred by Cheveley Park Stud, the three-year-old also ran well behind Dragon Symbol at Hamilton back in May, which gives him every chance of going close.

The selection though is DANZENO. Despite being ten-years-old, he seems to be getting better with age, having been placed in seven of his last eight starts. Trained by Michael Appleby, he has won over course and distance and also memorably finished third in the Group 1 Commonwealth Cup behind Muhaarar.

An ultra-competitive renewal of the Bunbury Cup as expected over the specialist trip of seven furlongs.

Ametist is on a five-timer for William Haggas and Tom Marquand after two wins at Newmarket, one on each course over this trip. He is 3lb ‘wrong’ under his 6lb penalty but still looks to be improving and has an excellent chance of defying it.

Perotto won the Britannia at Royal Ascot despite reservations over the mile trip. He will certainly be strong down a furlong and is 5lb ‘well-in’ plus gets a handy 8lb weight for age allowance. Last year’s winner Motakhayyel will have his fans off top weight under Frankie Dettori and proved his liking for track and trip with a Group 3 second a fortnight ago.

The section goes to KIMIFIVE after a luckless run in last year’s renewal for which he returns 1lb lower and is 6lb better off. He was also noted for staying on strongly over six furlongs at Epsom on Derby weekend and looks like he has been teed up for this contest once again.

It could be a massive fifteen minutes for Joe Tuite as after tipping up his Kimifive in the Bunbury Cup, I also like the claims of his SURREY PRIDE in the John Smith’s Cup at York. 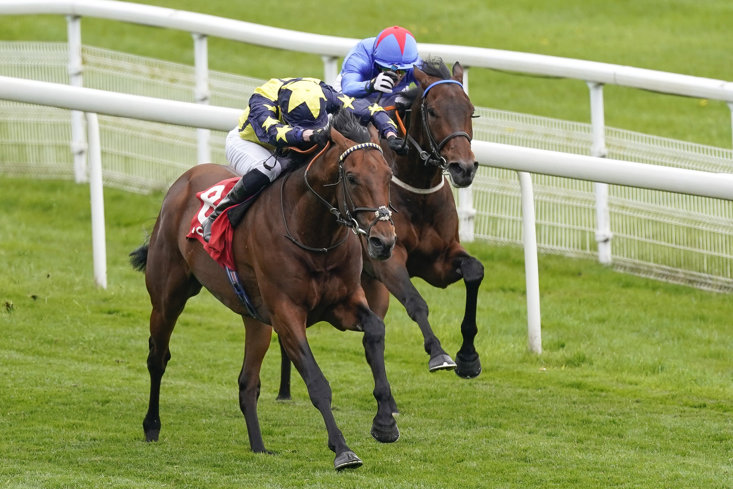 I mentioned his form earlier when discussing Chichester, with the second, fourth and fifth all coming out of that course and distance handicap to win since.

He has been put up 6lb but has been targeted at this race by connections and Paul Mulrennan is having a fantastic season, riding 35 winners and teaming up with old Euchen Glen for a couple of group wins to enhance his confidence. It’s not an ideal draw widest of all but he challenged down the outside in May and may have to do so again.

The July Cup Stakes is the feature at Newmarket and has attracted a stellar cast with a number of Group 1 winners, along with last year’s winner Oxted.

The Roger Teal-trained five-year-old gave the trainer his first ever Group 1 victory last season and has followed it up by winning the Kings’ Stand Stakes at Royal Ascot. The ground should be perfect for the son of Mayson (who won the July Cup in 2012) and a big run is expected.

SUPREMACY looked potentially top class when winning the Group 1 Middle Park last season and despite disappointing on his comeback, Clive Cox has remained very bullish about his ability.

The three-year-old was set to run in the Commonwealth Cup at Royal Ascot last month but withdrew on the morning of the race due to the ground and could well be the forgotten horse in the field. Cox has trained a number of talented sprinters recently and even mentioned that this one may be his best yet.

The final race we cover looks a good one for favourite backers with WINTER POWER fancied to put her King’s Stand Stakes run behind her and bounce back in this listed contest.

She went off far too fast against the world’s best sprinters at Royal Ascot but her easy win here at the May meeting was franked when the runner-up obliged at Sandown recently. Tim Easterby’s fast filly is top rated in the field and gets all the age and sex allowances and should be hard to beat.