With so much top class racing on in the height of summer, this is one of the more low key weekends of action despite the Group 1 Irish Oaks at the Curragh taking place.

We have the ultra-competitive Summer Hurdle and Plate contests at Market Rasen amongst the TV content, which makes a nice change from the small fields that have blighted the summer programme.

So, let’s try and find a few winners to bolster the betting bank with Ascot and Glorious Goodwood on the horizon.

CADILLAC is fancied to give weight and a beating to all his rivals in the Steventon Stakes.

He has a 3lb penalty for a listed win last month in Ireland and changed hands for £500k to join Kevil Philappart De Foy on the eve of Royal Ascot, where he ran an excellent second in the Wolferton Stakes. He had some top juvenile form for Jessica Harrington and although this is as far as he would want to go, he can track Tasman Bay into the contest and should have the best turn of foot.

German import Grocer Jack looks to be the main danger for William Haggas. He was third in the German Derby two years ago but may need a bit more cut in the ground to be at his best, while the other trio were beaten a combined 91 lengths in their most recent starts and need to bounce back.

Three of these runners clashed in the Ascot Stakes and I’m taking ROCK EAGLE to turn the form around with Going Gone and Reshoun.

The 7yo is still lightly raced after just 15 starts and led two furlongs out at the Royal meeting before weakening. The half mile drop in trip will suit and the handicapper has kindly dropped him 1lb for the Ralph Beckett team who are in cracking form right now. He has finished fifth in a Cesarewitch and has some solid two-mile form on the all-weather too. Two of his three turf wins have been on good to firm, and he has every chance of winning this £30,000 first prize.

Reshoun followed up that Ascot Stakes fifth with a second place in the Queen Alexandra over even further four days later. He looks high enough in the weights, 4lb higher than his highest winning mark, and a bigger danger could be the 4yos Going Gone and Diamond Bay. The latter does need to prove himself at the trip while Going Gone needs to prove that his Ascot Stakes fourth was no fluke off this 2lb higher mark.

The Summer Hurdle at Market Rasen is a decent midsummer jumps prize.

Irish raider Cirque Royal seeks a hat-trick on his handicap debut after simple Novice success at Perth and Kelso while Hisnameis Mrdevitt also heads over the Irish Sea.

Fergal O’Brien saddles a duo in Castel Gandolfo and new recruit Wolf Prince, who carries top weight after leaving Gavin Cromwell in Ireland. Both of these are considered as is Dr Newland’s Galata Bridge. The trainer has a fair record in this race, having won it in 2015 and seems to target it.

However, I am with last year’s fifth, INGLEBY HOLLOW. He was a very unlucky fifth, having been denied a run when challenging late. Although he is 3lb higher this year, he ran a good fourth in the Swinton Hurdle despite pulling into contention at halfway. He won’t be improving aged 10 but still looks to have enough ability to compete at this level and he has been totally overlooked in the market. 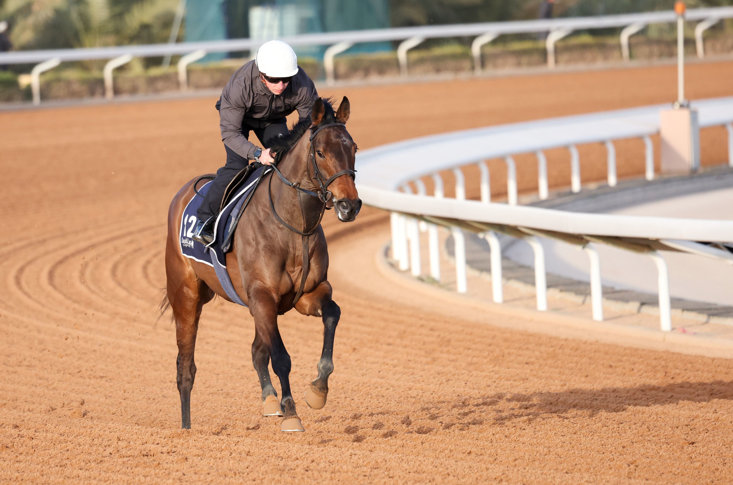 A high-class renewal of the Hackwood Stakes with 14 sprinters set to do battle.

A few of these, like Go Bears Go, Great Ambassador and Dubawi Legend are on recovery missions after below par runs at Royal Ascot while Rohaan steps back up in class after landing his second Wokingham four weeks ago.

Minzaal looks to have leading claims on his previous form and wasn’t disgraced in the Platinum Jubilee, form that has subsequently been franked.

However, everything looks in place for a big effort from HAPPY ROMANCE. Since winning this race last year, five of her last six starts have been a Group 1 company, finishing a close seventh in the Platinum Jubilee at Ascot.

She was beaten into eighth last week in the July Cup, but the stiff nature of that track may not suit. One of her two defeats in four attempts at Newbury came over seven furlongs in a 1000 guineas trial last April while she won the Super Sprint on this card twelve months ago. She will appreciate the slight drop in grade, loves the track, has kept her form well through a busy period and get her rewards here.

When it comes to summer jumping, Peter Bowen has few peers, and he can land the Summer Plate for the third time in five seasons. Son James won it on Frankcy Du Berlais twelve months ago and that pair are back to defend off a 2lb higher mark, however it was his older brother Sean who was on board for the family’s 2018 success with More Bucks and I think it is his mount STATUARIO who is the one to be on.

He has finished runner-up on his last three starts, the latest in the ‘Summer Plate Trial’ here four weeks ago. He is 2lb better off with Mahler’s Promise for a two-length defeat, so he must also enter calculations, but with a decent pace almost assured here, with Mortlach, Texard and Al Roc all confirmed front runners, it can help Sean Bowen smuggle the 7yo into contention and land his first chase at the fourteenth attempt. He isn’t the most frequent winner, but he has found some consistency and at a double figure price, he is the each-way play.

Mortlach is looking for a five-timer for Fergal O’Brien and Paddy Brennan. They have generally been small field contests he can boss, and this will be a different scenario with competition for the lead. Texard made all to win impressively at Uttoxeter on Wednesday and is of interest under his 5lb penalty despite going up in trip again and facing a bigger field than he has tackled of late.