Envoi Allen, the heavily-backed 4/9 favourite, suffered the first defeat of his career as he fell midway through the Marsh Novices’ Chase. Luckily the horse and rider were okay, but that left the field wide open and it was Chantry House, guided by Nico De Bounville who battled down the home straight to take the win.

This is a heartbreaking defeat for Envoi Allen’s jockey Jack Kennedy and the punters who backed him at home as it was looking like a tough week for the bookies, having already watched the favourites win in the openers. Bob Olinger on Wednesday and Appreciate It on Tuesday won at odds-on.

Nicky Henderson scored an impressive one-two as Fusil Raffles came home in second, but all eyes were on Envoi Allen who was aiming for three Festival victories in a row.  Many people thought that a win here would set up an ideal head-to-head in the 2022 Gold Cup with Monkfish and Envoi Allen but that has now been thrown into doubt as the horse, usually so reliable with his jumping, had an off day.

"You have to take your opportunities when they are given to you," Henderson told ITV Racing.

"I hope he is alright, Envoi Allen, he looks alright. Chantry House is a wonderful horse, they both are. He looked flat out today, looked like he wanted another half, He might be asking for 3m soon."

The race began as Fusil Raffles and Shan Blue led from the start, with Envoi Allen sat back in fourth. There was a move from Kennedy to put the favourite in the pack early on rather than letting him dictate the pace and perhaps that slight move could have been what proved so costly. Fusil Raffles moved well throughout and went into a lead of two lengths early on, putting the pressure on the other riders as Chantry House moved into third. 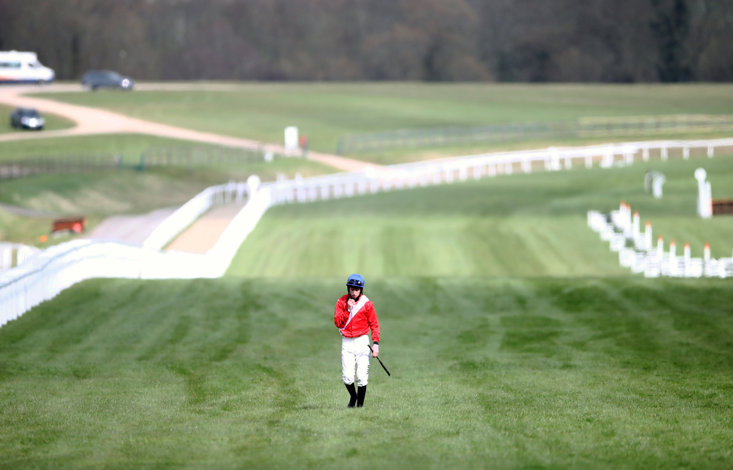 Then the moment which will have seen betslips be virtually ripped up all over the country. Envoi Allen, looked as if he took an extra step too close to the jump, before he clipped the top of the fence and fell. The horse continued the race without his jockey but from the start he looked unsettled.

With the favourite out of the running, the other riders sensed a big opportunity. Shan Blue and Harry Skleton moved to the lead with eight to go, and attempted to stretch the lead at the front. Fusil Raffles followed in second with Chantry house in third and Asterion Forlonge in fourth with just four to go.

Heading into the second to last fence there were four horses in pursuit of Shan Blue the leader as Chantry House and Fusil Raffles both overhauled the leader and battled to the line after safely clearing the final fence. It was Chantry House who won that particular battle between the Henderson horses to take a surprising win.

Paul Dean, a very lucky punter, partially cashed out before the race to win a guaranteed £250k and he will be so thankful he did after that fall from Envoi Allen. It also represented an important win for the Brits in the Prestbury Cup, bringing the score back to 11-4 to Ireland, who could potentially break their own record of 19 wins this week.