2021 UK Open champion James Wade returned to where it all began to kick-off the #SupportYourLocal campaign, donating the first of 100 dart boards to his former local, Aldershot’s Golden Lion.

Manufacturers Unicorn have teamed up with the PDC to distribute 100 dart boards across pubs in the United Kingdom, with stars of the game visiting local pubs to celebrate the reopening of indoor hospitality.

"I've played a lot in the Golden Lion over the years and I spent many an hour practising on the dartboards, so it's nice to be able to give something back to them now," said Wade.

"A lot of people around Aldershot love darts and it's a great way for people to get together, because anyone can play the game.

"You don't get that in other sports - it's not just about the darts, it's about people interacting and having fun.”

Darts fans, players and celebrities put their nominations forward for the most deserving pubs, and from a pool of over 1000, just 100 were selected - including the Golden Lion. Wade played in the pub’s team as a youngster and returned to his former local to present the board and formally kickstart the #SupportYourLocal campaign.

"This is the grassroots of the sport,” he continued. “Darts has been around in pubs for a long time and I'm hoping that things will start to change now that we're coming out of lockdown. 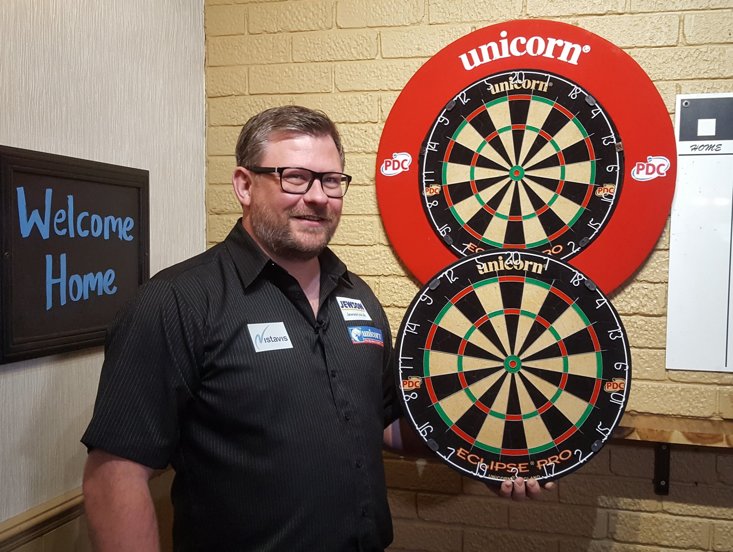 "So many great players have come from places like the Golden Lion - people like Phil Taylor started out playing in pubs, and although we've got the structures in places around the sport now, there might still be a diamond in the rough playing darts in a pub."

Golden Lion manager Paul Marshall added: "It’s a big day for us to be back open after what’s been a really tough time – we’ve been closed for six-and-a-half months but hopefully this is the first step back towards normality.

“The darts teams here are so important for us as a pub but also for our regulars, and it was great for us to welcome back James. The new dartboard already has pride of place on the wall and we’re sure it will get plenty of use."

Pubs are back in business so let’s celebrate by getting down there for a pint, a packet of crisps and a game of darts. Wade has kicked off the #SupportYourLocal campaign, but be sure to keep tabs on it on social media and if you are lucky enough to play on one of the donated boards, share it using the hashtag!