Horse Racing
News
Here's everything you need to know about every single horse in action at the 2021 Grand National
Matt Hulmes
11:00, 09 Apr 2021

The 2021 Grand National is almost upon us! Below Matt Hulmes breaks down every single horse in action during Aintree's showpiece event on Saturday at 5.15pm...

ALPHA DES OBEAUX: Better effort when fourth in the cross-country, first decent piece of form since third in the 2019 Becher Chase. Handicapper has given him a chance of nice weight but not exactly improving at age of 11 and ran some stinkers in the last couple of seasons.

AMI DES BOIS: Bounced back to some form now in the veteran stage of his career with five seconds in his last eight starts. They were in lesser events though and is very hard to see him troubling the judge here.

ANIBALE FLY: Twice placed in the Cheltenham Gold Cup, plus finished fourth and fifth to Tiger Roll in 2018 and 2019, respectively. Returns of a lower handicap mark after showing little since but in the hands of a specialist target trainer and can easily see him outrunning his price. Each way claims.

ANY SECOND NOW: Former Cheltenham Festival winner who warmed up for this with a win over two miles at Navan. Trained by Ted Walsh who masterminded Papillon’s victory in 2000. Has a nice racing weight and is expected to be involved.

BALKO DES FLOS: Former festival winner and third in the 2019 Bowl at Aintree. Was travelling well until a bad mistake at the cheese wedges in the cross-country last month. Has since joined new owners for £110,000 and could give them an enjoyable day without troubling the judge.

BALLYOPTIC: Former Scottish National runner-up who has fallen in two out of three tries over these fences. Not a spent force when coming to grief four out in 2019 but shown little since for a trainer who has two National successes on his CV.

BLAKLION: Went off as favourite in 2017 when finishing fourth and won the Becher Chase in December that year. Form has taken a dive since leaving Nigel Twiston-Davies but last run not devoid of promise and stable can’t do much wrong at present.

BRISTOL DE MAI: Superstar for connections who farms the Betfair Chase down the road at Haydock. First three in twenty-two of his twenty-eight chases and usually in top company. Top weight and good ground may just find him out here.

BURROWS SAINT: Irish Grand National winner as a 6yo and three from three when the word ‘Good’ is in going description. Represents all conquering Willie Mullins’ stable who are looking for their second national success after Hedgehunter in 2005. 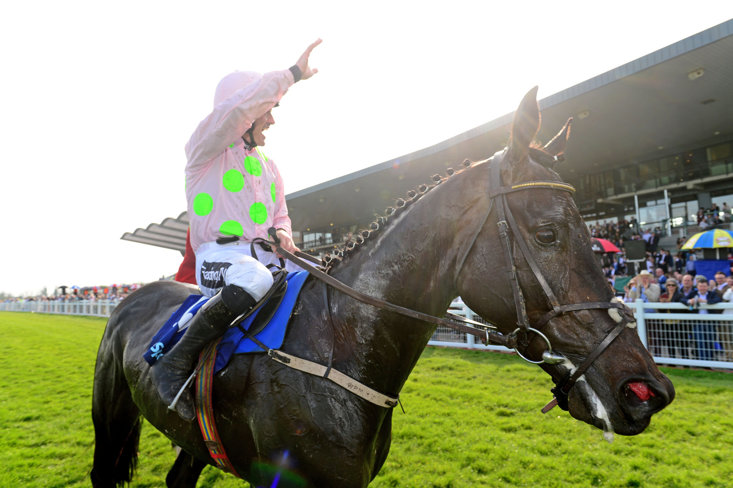 CABARET QUEEN: Third in the Galway Plate and then won the Kerry National at Listowel. On the downgrade since though and pulled up early when never travelling at Cheltenham. Needs Lazarus style recovery to be competitive here.

CANELO: Battled well to win at Wetherby on Boxing Day and although ran admirably in the last two, improvement will be needed to land the knockout blow in this.

CHRIS’S DREAM: Blitzed the opposition in a high-class handicap in Ireland in 2019 and Grade 1 placed since. Ran no sort of race in the last two and does not appear well treated.

CLASS CONTI: Solid efforts to be placed in the last two running’s of the Thyestes Chase at Gowran Park and represents leading connections off a nice weight. Can see running well at a price but maybe not quite the class to win.

CLOTH CAP: The shortest ante-post favourite for many a year, but for very good reason. Proved stamina when fourth in Scottish National as a novice, proven jumping ability as when leaping like a stag to land Ladbrokes Trophy and beat better rated horses in Kelso warm-up to become a very well handicapped runner. Likely to get favoured good ground and ticks every box required.

DEFINITLY RED: Getting on in years now but talented in his prime. Unfortunate to be pulled up early with slipped saddle when fancied in 2017 and was a fair fourth in the 2019 Becher. Put in his place by Cloth Cap at Kelso though and is worse off at the weights.

DISCORAMA: Narrowly denied in Festival four-miler in 2019. Not seen since disappointing at Cheltenham in November and has a poor conversion rate for one of his ability.

DOUBLE SHUFFLE: Admirable veteran who came good on his happy hunting ground at Kempton in January. Pulled up in 2017 and well beaten in 2019 Topham on his two tries over these fences. Well handicapped on old form but an unlikely winner at eleven years of age.

FARCLAS: Like Tiger Roll, Farclas is a former Triumph Hurdle winner with the same connections. Gallant second to the well handicapped The Shunter at Cheltenham. Stamina to prove but not the biggest shock should he go close. Has plenty of class.

GIVE ME A COPPER: Owned by Sir Alex Ferguson, has a nice low weight and will love the good ground. That’s about where the positives end. 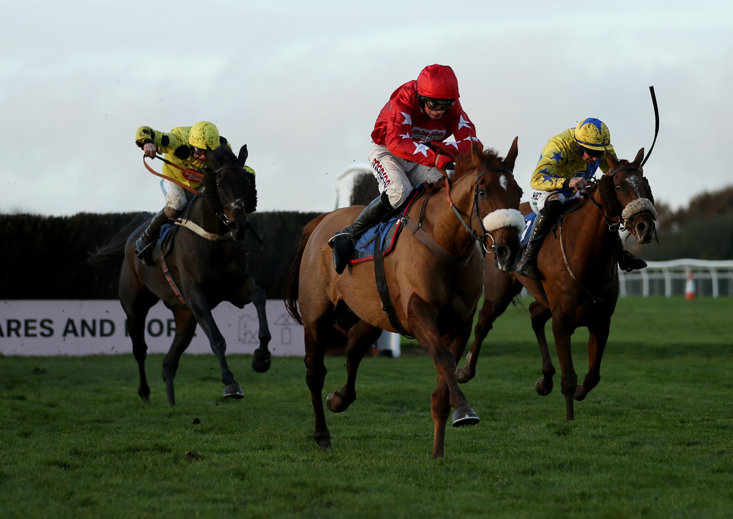 The Sir Alex Ferguson-owned Give Me A Copper

HOGAN’S HEIGHT: Had connections dreaming after romping home over the fences in 2019 Grand Sefton. Had a long lay off and had excuses since returning (hurdles run and then lost shoes in the cross-country). Has to prove wellbeing but there are worse longshots.

JETT: Some good form a couple of years ago in Ireland and in top company. Not got within twenty lengths of troubling the judge in his last six starts and despite Sam Waley-Cohen's good record over the fences, he is hard to see adding to his haul.

LAKE VIEW LAD: Won the Many Clouds Chase in December on the Mildmay course but well beaten twice since. Pulled up when fancied in 2019 and it’s likely ground conditions will be against him. Like the favourite, owned by Trevor Hemmings seeking a fourth win in the National.

LORD DU MESNIL: Won Haydock Grand National Trial in February in very different conditions than he will face at Aintree. Ninth over the fences in December over inadequate trip and although officially 5lb well in after that Haydock win, ground conditions and tendency for odd error are concerns.

MAGIC OF LIGHT: Runner-up in 2019 and 5lb higher for her return. No mare has won since 1951 and would have liked to have seen more at Cheltenham despite the shorter trip.

MILAN NATIVE: 2020 Kim Muir winner at Cheltenham and well beaten second on seasonal return to subsequent Gold Cup winner. Never in a rhythm at Festival last month but stuck on gallantly for a well beaten ninth. Another with a nice low weight and decent handicap form that cannot be ruled out. 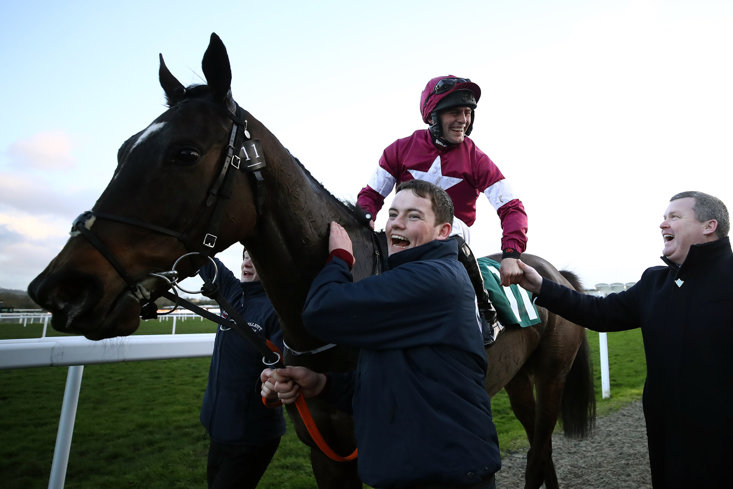 MINELLACELEBRATION: Won the Summer Cup at Uttoxeter and bolted up in a veterans chase here in October. Unseated rider in the Becher Chase in December and handicapper now looks in charge of this 11yo.

MISTER MALARKEY: Grade 2 Novice Chase winner who was good second in the Staying Handicap Chase on Mildmay course in 2019. Won at Ascot this season and was a fair third at Kempton in February. Could go well for a long way for the Tizzard team who have had a poor year but shown signs of a recovery of late.

OK CORRAL: Lightly raced for an 11yo and has bundles of talent, as showcased when winning the Great Yorkshire Chase at Doncaster in January 2020. Probably needed first start since at Cheltenham last month but finished lame and does have the tendency to miss a fence.

POTTERS CORNER: Won 2019 Welsh National and the virtual Grand National last year. Another bid to be just the second Welsh trained winner. Missed Cheltenham due to a setback but has claims if back to full fitness.

SECRET REPRIEVE (SECOND RESERVE): Lightly raced Welsh National winner bidding to become first Welsh trained winner since 1905. Jumps and stays well but needs to prove himself on better ground and would be some achievement to win on just the tenth race of his career.

SHATTERED LOVE: Another former festival heroine who once ran in a Gold Cup and ran an eye-catching third at this year’s event in the Mares’ Chase. Stamina to prove for the trip though and pulled up in the Irish version.

SOME NECK (FIRST RESERVE): Proven stamina when winning the cross-country at Cheltenham in December and ran a solid third over that course at the Festival. Does throw in the odd poor jump and needs one runner to come out before 1pm Friday to take his chance.

SUB LIEUTENANT: Useful in his heyday in Ireland and a fair run at Ascot in February. Likely to give Tabitha Worsley a good spin in her first Grand National without troubling the judge.

TAKINGRISKS: 2019 Scottish national hero who scored a 40/1 success at Doncaster in January. That may have ruined his chance from a handicapping perspective and is likely to head back to Ayr to retain his title.

TALKISCHEAP: Won the bet365 Gold Cup over 3m 5f in 2019 but only had five starts since and the best of those was in a jumpers’ bumper. Looks handicapped to the hilt on that evidence. 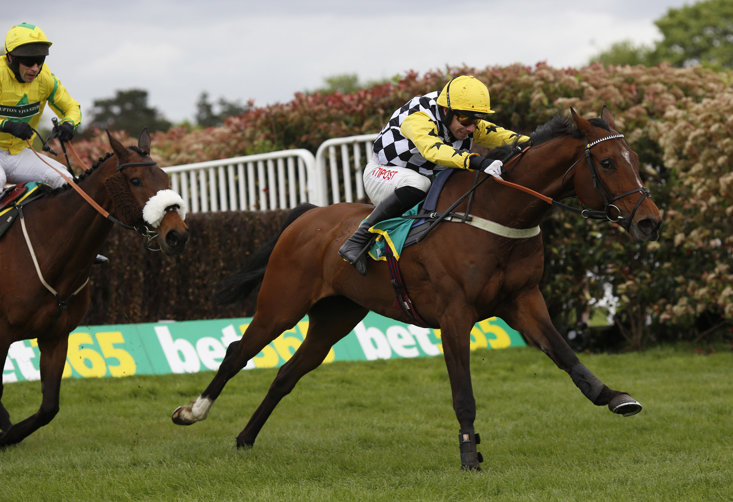 THE LONG MILE: Third behind Acapella Bourgois and Burrows Saint at Fairyhouse in February. That effort got him qualified but has serious stamina questions.

TOUT EST PERMIS: Has been mixing hurdling and chasing. Not won for over two years but good third in Grade 1 at Down Royal in October and was third at last year’s Cheltenham Festival. Fell last time out and returned with burst blood vessels. Risky proposition.

VIEUX LION ROUGE: Jumped more Grand National fences than any other horse ever, completing the course on NINE occasions, winning two Becher Chases. Best National effort was sixth in 2017 and at 12-years-old, it’s hard to see him improving that, but he’s a good bet to get round for a tenth time.

YALA ENKI: Owners had been reluctant to run him over the big fences after falling at the first in the Becher Chase. Had a fantastic season other than that blip though, yet looks high enough in the weights and will face competition for the lead. Ground concerns too.

VERDICT: You may need to be sectioned to be taking 4/1 on any runner in the Grand National, but CLOTH CAP stands out like a sore thumb. Jumps well, stays longer than the mother-in-law and looks chucked in on his recent effort. Ticks every box and granted a clear round he will be involved at the business end.

BURROWS SAINT is another who I strongly fancied last year before Covid struck. He too has a good record on decent ground and is worth siding with. At a bigger price ANIBALE FLY is worth a small play. Lots of back class and well treated on his two Grand National efforts so far. Can easily sneak into the frame.