Raymond van Barneveld announced his return to professional darts by winning a PDC ranking title for the first time in eight years. On his third day back on tour in Bolton on Saturday, the Dutchman defeated Joe Cullen 8-6 in the final at Players Championship 3, only a week after claiming a PDC Tour Card at Qualifying School.

Back at the Bolton Whites Hotel, where he won his first televised title at the 2006 UK Open, Van Barneveld scooped the £10,000 winners’ prize five months after announcing his comeback.

“I can’t express how happy I am,” he said. “Today it all went right, I had the focus I never had for the last two or three years. I was an amateur last week and one week later I'm winning a ProTour, that's what you can do if you believe in yourself.

“I was so focused on winning that Tour Card, then I came here to the Super Series and I thought ‘wow, this is another level’ and I asked myself ‘can I do this again?’ Yes, of course I can if I believe. It's all about belief. I have to thank my management team who are making sure I practice every single day, which I've never done before in my life.

“When I came here I thought ‘this is my place’, Bolton has been good to me. Joe played amazing in the final, he is a class player and I knew I had to take my chances.” 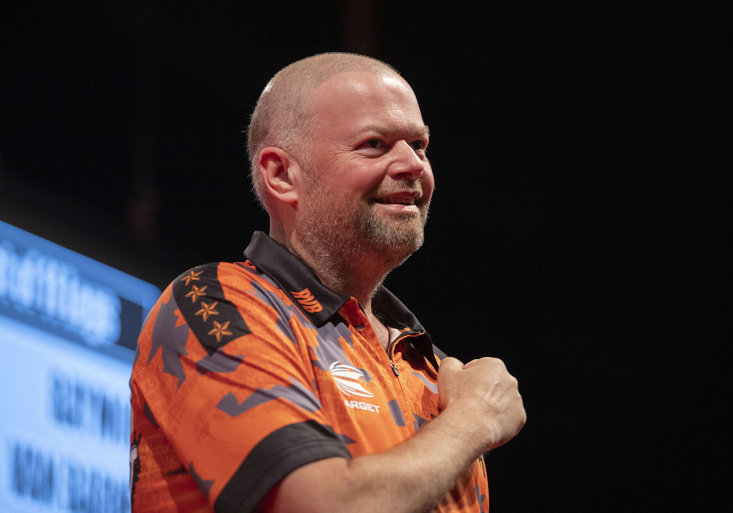 Van Barneveld defeated Darius Labanauskas, Alan Soutar and Ian White to reach the final and showed his class to get the better of Cullen for a fifth straight time.

Cullen hit a hat-trick of 13-darters to take three of the first four legs before Van Barneveld took three of the next four in return. Then, 53-year-old Cullen found the bullseye for a 119 checkout but Van Barneveld struck with a stunning 144 checkout to take control. And eventually, in a match which had kept swinging either way, Van Barneveld triumphed with a match-winning double-three at the seventh attempt.

The final night of Super Series 1 takes place on Sunday with Players Championship 4, live action of which will be broadcast across two streams on PDCTV - subscription options include a £1.99 One-Day Pass.