There is no doubt this was a huge weekend for horse racing and while it is very sad that it failed to make mainstream news, the battle between Shishkin and Energumene will go down as one of the sports great rivalries.

While we are still a couple of steps away from the great two-mile contests of the noughties between Moscow Flyer, Well Chief and Azertyuiop, this matchup is only one chapter in and the next instalment in seven weeks’ time promises more drama and intrigue.

Fingers crossed, that race will take place in the greatest sporting amphitheatre that is Prestbury Park in Cheltenham.

First, let’s dissect Saturday’s race. David Bass, the jockey on last years’ Clarence House Chase winner First Flow, believes it ran a better race than twelve months ago, despite being eighteen lengths back in third. The race was run only two seconds quicker (equate around four lengths per second on soft ground), but Kim Bailey’s runner couldn’t live with the ‘big two’.

Energumene dictated the pace, jumped straight as a gun barrel, and looked in charge heading to the second last.

Shishkin made a mistake at the sixth, jumped left on occasions and was niggled along from half a mile out before grinding out victory on the run to the line.

The sectionals tell a story in that Energumene opened up between the third and second last, while Shishkin was half a second quicker from the last (where he was two lengths down and not as fluent) to the line. This gives cause for optimism to Energumene fans and I will tell you why.

Firstly, the distance in the Champion Chase will be a furlong shorter and Shishkin needed every yard at Ascot to get on top. Secondly, Shishkin did stay on the stronger and although the hill at Cheltenham will play to his strengths and his jumping to the left will have less of an effect, Energumene’s accurate leaping will be a bigger asset on expected quicker ground in the spring than the soft at Ascot on Saturday.

In Shishkin’s favour is his Cheltenham record. His win in the Supreme was astonishing considering he looked beat coming down the hill. It was his quality and stamina that got him home that day while the Arkle was put on a plate for him when the leaders went off far too fast. A controlled pace from Energumene would ask a different question of Nicky Henderson’s unbeaten chaser, but therein lies another ponderable.

Looking at the line-up, it’s conceivable Editeur Du Gite lines up for Gary Moore. He is the only other pace in the race and can run free. Energumene has coped well in the past being taken on up front but trying to see off Editeur Du Gite would instil a pace burn-up and play into Shishkin’s hands once more.

It was Shishkin’s day on Saturday, but it isn’t cut and dried in my eyes and the second instalment is awaited with much anticipation. Different track, different day, different conditions… different result?

Whilst reflecting on the weekend, I must mention the performance of another Nicky Henderson runner, Jonbon. Despite winning his trial for the Supreme, he has been crabbed form many quarters and, in my opinion, very unfairly.

Ok, so he was workmanlike and not as flashy as Constitution Hill or Dysart Dynamo. But very few Supreme Novice Hurdles are won on the bridle, and he has proved he can battle and quicken. In fact, he got into a barging match two out which cost him some ground but that was made up swiftly. 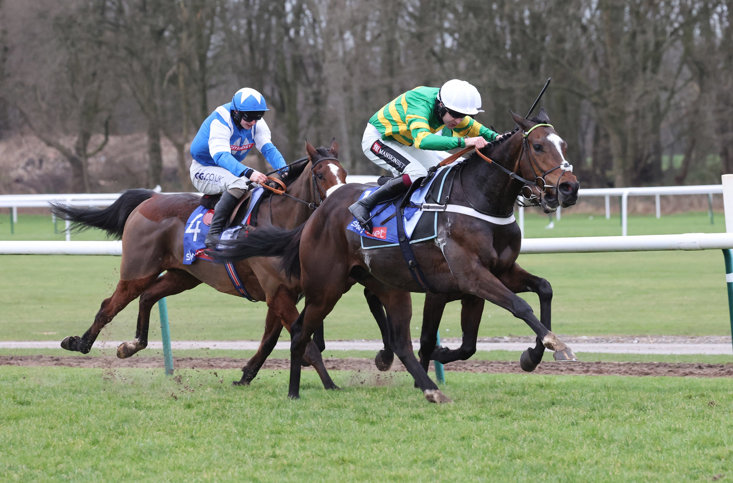 Don’t forget he was giving 5lb to some talented novices and beat Might I by almost five lengths. That is nine lengths less than Constitution Hill but there is a 12lb weight differential to consider.

His price for the festival opener was bigger after the race but I didn’t see much wrong. In fact, he proved plenty on Saturday. It is hard to look flashy in soft Haydock ground but we know he is good for a fight and a big field Supreme should hold no fears for him.