Cricket
News
England's women will be hoping to fare a lot better than the men’s senior team in their upcoming Ashes series
Neil Goulding
06:55, 13 Jan 2022

Let’s hope England’s women fare a hell of a lot better than the men’s senior team in their upcoming Ashes series.

Joe Root’s side have been humiliated Down Under in arguably one of the worst displays from an England side in many a year. And even though they avoided an embarrassing 5-0 whitewash - by clinging on for a dramatic draw in the recent fourth Test in Sydney – England’s disgruntled supporters have had very little to cheer about.

So it’s arguably the perfect time for the country’s women to step up to the plate and to try to deliver some overdue success – and much-needed national pride.

The women’s team will have the chance to shine a week earlier than originally planned, with the series brought forward seven days after a late change to the planned schedule. The Ashes contest had been scheduled to start on Thursday 27th January, but will now get underway on Thursday 20th January to allow both teams to travel to New Zealand where they will undergo a strict 10 days’ coronavirus quarantine.

That quarantine period is also in place to help both teams stay Covid free ahead of the forthcoming World Cup, due to be played 4 March – 3 April. The tournament was temporarily postponed a year because of the coronavirus pandemic.

But before England, the 50-over world champions, look to do the business at WC, they have their eyes on making history by winning their first Ashes series since 2013-14. 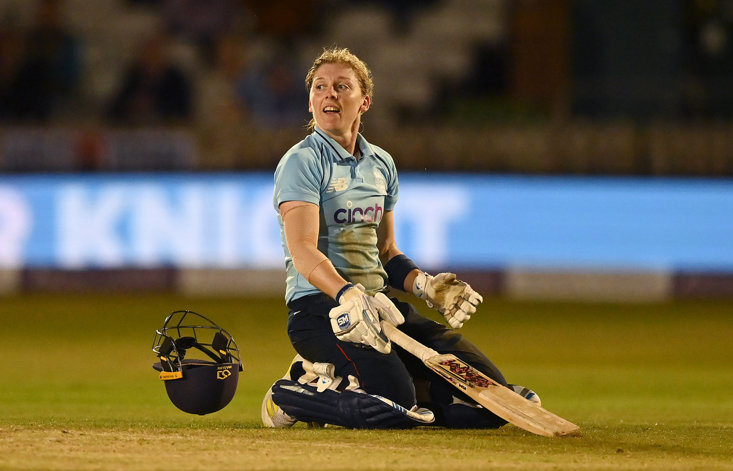 The Ashes series will now start with three Twenty20 matches, followed by one Test match and then three one-day internationals. The series is a multi-format contest in which four points are awarded for a victory in the Test match and two are available for victories in the ODIs and T20s respectively.

The trio of T20s, originally scheduled to follow the Test, will take place on 20, 22 and 23 January in Adelaide. And then the solo Test will now start at 11pm (GMT) on 26 January in Canberra, followed by the ODI matches.

The Aussies have won the Ashes for the past three series after away victories in 2015 and 2019, followed and a drawn series in Australia in 2017-18. But Knight and her ambitious side have high hopes they can excel Down Under – and give England fans something to finally saviour after a miserable winter up to now for the men’s cricket team.

Knight has a strong – and experienced - 17-player squad at her disposal, but she admits England have their work cut out as well having only one of the seven matches between the two sides when they last met in 2019.

"We'll have to be super brave, there’s no doubt about that,” predicted Knight.

"We'll have to go out there and fight fire with fire, but I genuinely believe we've got a really good chance.

"We've got world-class players, but we need those players to step up and perform.

"The main thing is being brave and bold, taking the game to them, focussing on being the best side we can be.

"You want to win trophies, create memories and be successful. What an opportunity. It seems to get bigger every year."

And Knight knows her side have a lot of cricket to play in the next few months with the World Cup on the horizon.

"If you look at the tour as an Ashes followed by a World Cup, it can be a bit daunting," admitted Knight.

"[But] I've learnt not to look too far ahead. We have to break it down and live in the moment as much as we can."