Horse Racing
News
Betfred's Matt Hulmes gives us his best tips on day one of one of the biggest festivals of the flat season
Matt Hulmes
17:35, 16 Aug 2022

Four fabulous days await on the Knavesmire at York for one of the biggest festivals of the flat season. In fact, it sits second only to Royal Ascot and features Group 1s, classic trials and devilishly difficult handicaps, catering for all lovers of the flat game.

Day one serves up the feature Juddmonte International with Baaeed looking to continue his run towards immortality while a St Leger trial is also in the offering and we start with one of those incredibly tricky sprint handicaps that typifies what York offers punters.

It will be worth keeping an eye on the weather with heavy showers due in the region but will be hit and miss. However, with the nature of them heavy, caution is advised to check underfoot conditions.

A wide-open sprint handicap that screams ‘YORK RACES’ with six course winners lining up, including course specialists and previous winners of this race Dakota Gold and Copper Knight. Copper Knight has won six of his 19 York starts while Dakota Gold has a 50% course strike rate with the same number of victories from twelve starts including a similar contest at the May meeting here.

The form of Dusky Lord’s last two contests has been franked and he is of interest in first time blinkers while Ryan Moore catches the eye as a booking for one of a trio of three-year-olds in the line-up, Live In The Dream, having won on him at York in May.

All of the twenty-two have chances but I will be having a small each-way play on GHATHANFAR with the six places each-way to play for. In five starts on the Knavesmire the 6yo has never been out of the first six, with his worst position coming on soft ground. His best form is on decent ground, but he won’t mind whatever the weather gods serve up. He is on a career high mark but has been ultra-consistent this season, chasing home Gale Force Maya here last month and she was second at Listed level on Monday. The yard won the Great St Wilfrid on Saturday too with a welcome winner and GHATHANFAR can continue the upward turn. 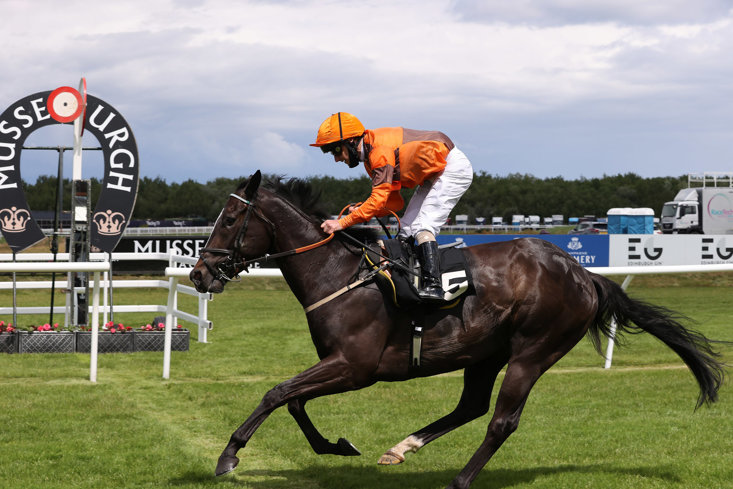 Eight of the nine runners in the Acomb Stakes are last time out winners, but it’s the one that didn’t grace the winner’s enclosure latest that appeals most.

MILL STREAM won at Doncaster on debut with the fifth home hacking up at Pontefract on Monday, but he looked a horse with a real future when going down by just half a length to Noble Style at Newmarket three weeks ago. That Godolphin runner has Group 1 entries galore at the back end and this 350,000 Guineas will appreciate the step up to seven furlongs here. Jane Chapple-Hyam left Royal Ascot with two winners and a second from her three runners and can claim another big prize here.

Godolphin have the likely favourite in Local Dynasty after his win over this trip at HQ twelve days ago and he too has big entries in the autumn although favourites have only won two of the last 10 runnings of the Acomb.

All the runners are unexposed with four unbeaten records on the line, all once raced from leading connections, but it’s the Newmarket raider I fancy most.

The Great Voltigeur is a St Leger trial with six runners set to go to post.

Charlie Appleby has saddled two of the last four winners and has a duo of contenders this year.

Walk of Stars failed to beat a rival when well backed in the Derby but returned with a close third in the Bahrain Trophy at Newmarket at the July Meeting when behind DEAUVILLE LEGEND. That form also links in with the other Appleby runner as Secret State just got the better of DEAUVILLE LEGEND at Royal Ascot before going on to win at Glorious Goodwood and steps up from handicap company here. He comfortably scored off a mark of 100 on the Sussex Downs despite hanging across the track and gave DEAUVILLE LEGEND 4lb at Ascot when hanging on from the fast-finishing runner-up and I’m taking the latter to turn the form around. He has gone on to land group 3 honours at Newmarket as stated and chased home the St Leger favourite New London, giving him 3lb, in the Gordon Stakes at Goodwood last time. The market suggests New London is Godolphin’s number one for the season’s final classic and that to me looks the strongest form on offer here.

Aikhal is the pick of Aidan O’Brien’s entries and was impressively stepped up in trip at The Curragh when last seen and goes up another quarter of a mile this afternoon, although he has been put in his place in previous trips across the Irish Sea.

All eyes will fall upon Baaeed here as he bids to make it TEN FROM TEN and emulate the great Frankel in winning this prize, stepping up to ten furlongs for the first time to add to his Lockinge, Queen Anne and Sussex Stakes wins this season.

Some pundits have been crabbing his form with the mile division looking quite weak, but that Goodwood win last time made me think he needs extra yardage nowadays as a full brother to Coronation Cup winner Hukum, who has also won over 1m 6f.

It would be great for racing if he emulates Frankel, but every horse has his price and MISHRIFF looks far too big. His best effort came in this race twelve months ago when destroying the opposition by six lengths and despite not winning since, not much has gone his way.

Fourth in the Champion Stakes off a slow pace on soft ground in October he was well held in the Saudi Cup when slowly away, poorly positioned and getting lots of kickback. The real MISHRIFF showed up in the Eclipse when he was the moral winner, having a luckless passage and failing by a neck to reel in French Derby winner Vadeni, whom he gave 10lb with Native Trail back in third.

The King George effort wasn’t totally devoid of promise, having again missed the kick. He made a huge move travelling strongly into the straight but the exertions in making up that ground told in the final furlong over a trip that stretched him. Back at a venue and a trip we know he loves and thrives on, he is arguably the toughest nut Baaeed has yet to crack, and his unbeaten record comes seriously under threat. 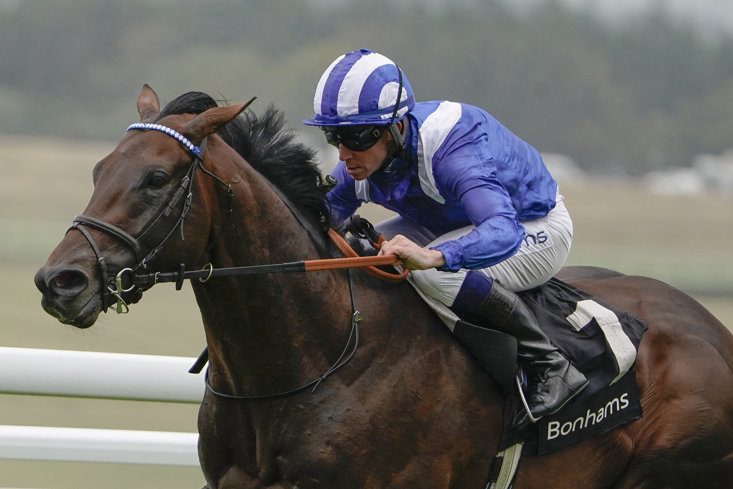 The stayers are in action at 4.10 over two miles and I like a pair in this.

ZOFFEE was still on the bridle two out at Goodwood when behind Mister Miliner last time, hitting the front before weakening over the extra half mile. Back in trip to the bare two miles will see him in a better light. He has already won the Northumberland Vase this season and is 2lb better off with Soapy Stevens for a head defeat at Newmarket at the July meeting. ZOFFEE is keeping his form well and rated 132 over hurdles, may still have more improvement in his flat mark just yet at the age of six, having placed in ten of his thirteen flat starts.

The other to be interested in is FRANKENSTELLA who is unexposed and will be fresher than most. A course winner in September 2020, she has only been seen four times since, including victory in a hot staying handicap at Haydock the following May. She returned at York this May when beaten into third by handicap snip Ahorsewithnoname but was only two lengths behind the runner-up Mister Miliner who she meets on 10lb better terms here yet is twice the price. She stays well, acts at York and if fit to go after three months off, will be hard to keep out of the frame. 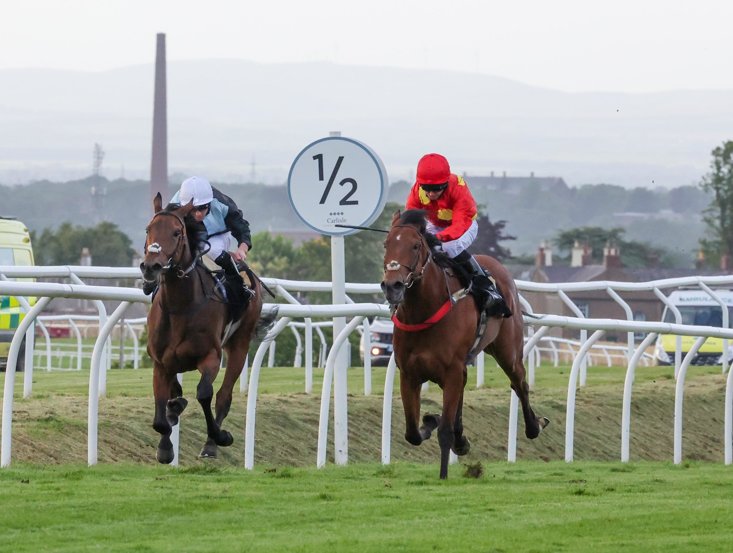 Lots of runners in the Nursery that concludes day one could have pounds in hand of their mark, but MRS U S A could have the most. She is rated just 81 having bumped into the Lowther bound 103 rated filly Lady Hollywood on a pair of occasions and with her out of the way, beat a subsequent winner at Sandown on her latest start. George Boughey has yet to saddle a winner at York, but he broke his Royal Ascot hoodoo in June and the Knavesmire jinx could be removed with this very well treated looking filly.

Ramazan is up 7lb for winning a Haydock nursery while the maiden Silencer ran well at Goodwood but a 4lb rise asks more and he may not have that much improvement in him on his sixth start.

The unbeaten Streets Of Gold is of interest having beaten a subsequent winner under a penalty at Newmarket but a mark of 92 asks a serious question.