Football
News
Here's everything you need to know about the 2026 World Cup stadiums in Texas and Missouri
Conor Keane
14:00, 22 Jun 2022

Forget 2022… 2026 is where it’s at! The next World Cup after this winter’s event in Qatar will see the football globe centred around the United States, Canada and Mexico. It should be an incredible month, not just because it’s the first 48-team tournament but also since it ought to be a great cultural experience as the game takes its greatest competition back to North America.

To whet your appetite for this far-flung feast of football, The Sportsman is taking a look at the stadia that will host the 2026 World Cup matches. In this instalment we head to Dallas, Houston and Kansas - get your Dorothy Gale quips out now.

Dallas played host to some matches during the 1994 World Cup at the Cotton Bowl, including the famous quarter-final between Brazil and the Netherlands. While Texas doesn’t offer the sights or culture that California or New York has to offer, many people will be happy if they have to travel there for matches. Texas is, of course, famed for its barbecue pig outs and there will be plenty of football fans desperate to have an authentic Texas dining experience on their itinerary for the summer of 2026.

The AT&T Stadium has hosted Wrestlemania 32, boxing - including Canelo Alvarez’s victory over Billy Joe Saunders - as well as plenty of concerts.

Did you know? 128 motors are used for the stadium’s retractable roof. 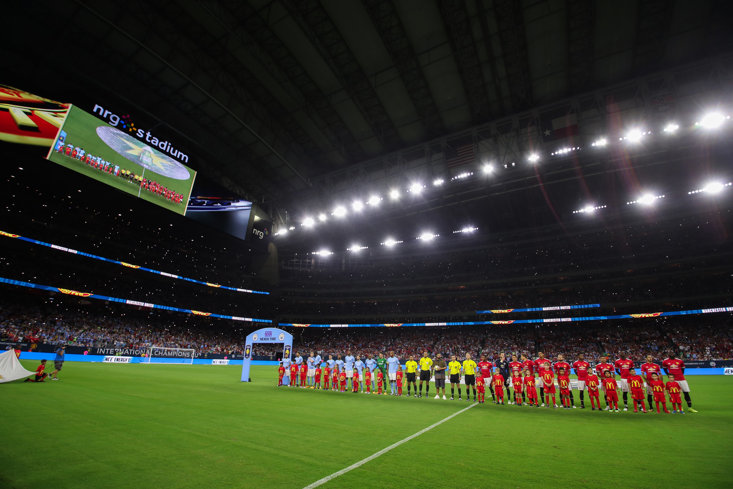 Biggest game so far: Over 70,000 witnessed Argentina defeat USA 4-0 in 2016 in the Copa America Centenario semi-finals in which Lionel Messi scored a free-kick to become the Albiceleste’s all-time leading goalscorer.

Football fans will be even more delighted that Texas has two stadiums hosting matches for the World Cup because it increases their chances of tucking into some delicious barbecue. There is also the chance to witness some football in another hugely impressive venue. The NRG Stadium has hosted some of USA’s World Cup qualifying matches in the past and it will rightly get to host some of the biggest matches on Earth in four years’ time. You can already see the ‘Houston, we have a problem’ line being used when a team goes a goal down. 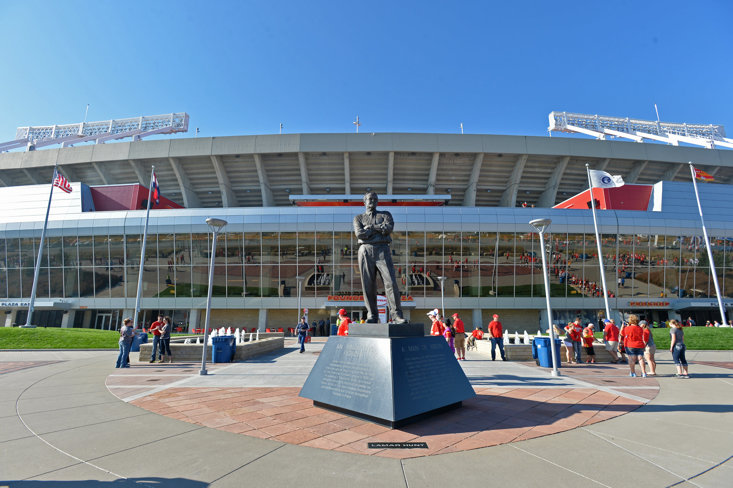 Biggest game so far: Over 37,000 fans witnessed USA book their place at the 2002 World Cup with a 1-0 win over Costa Rica in the final round of the CONCACAF qualifiers.

Toto, we’re not in Kansas anymore, the state anyway. Kansas City actually belongs to Missouri and looks to be a fine addition for the World Cup stadia in 2026. This incredible venue is set to be quite a sight when it is filled for the World Cup as it holds the Guinness World Record for noise level by a crowd with a level of 142.2 decibels. You can already imagine how loud it would be if you had any of the home nations or Ireland playing there - the atmosphere would be electric.

Did you know? The playing field is three stories below ground level.