We may be four years away from the 2026 World Cup in the United States, Canada and Mexico but fans are already preparing to head west for what could be one of the most eagerly anticipated tournaments in recent memory.

The 16 stadiums that will make up international football’s showpiece have already been announced and we at The Sportsman are taking you through each and every one of them, with our next stop being the east coast as New York, New Jersey and Boston take centre stage.

Biggest match so far: 82,026 packed in to see Chile defeat Argentina in the Copa America final in 2016, prompting Lionel Messi to (briefly) call time on his international career.

Geographically in New Jersey, the MetLife Stadium is just across the Hudson River in East Rutherford, five miles west of Manhattan. It was built to replace the Giants Stadium, providing over 2,000 more seats than its predecessor.

As well as hosting NFL games, there have been plenty of ‘soccer’ matches played there too, with clubs including Manchester City, Bayern Munich and Real Madrid. The structure cost $1.6 billion dollars to develop and it is rumoured to be the venue for the World Cup final - a spectacular setting for such an event.

Away from sports, the stadium has held concerts for artists such as Beyonce and Jay Z, Taylor Swift, Bon Jovi and Bruce Springsteen. It has also twice hosted WWE’s Wrestlemania.

Did you know? The venue size is a whopping 2.1 million square feet, making it the second largest NFL venue in the US. 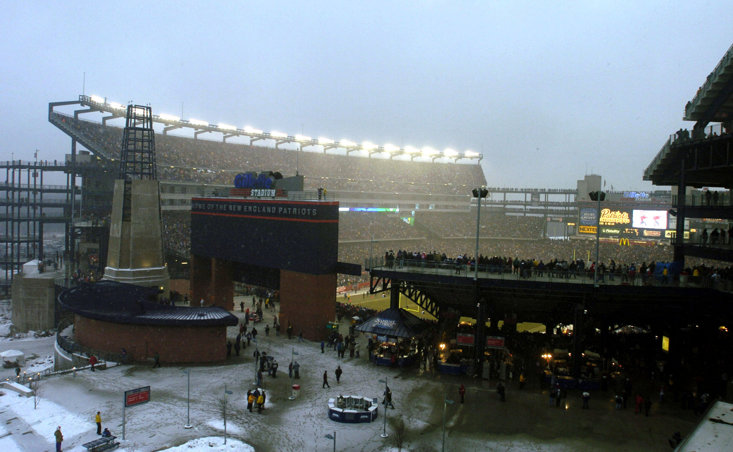 Host city Boston is the famous home of Mark Wahlberg, John F. Kennedy and the New England Patriots but it is actually an area just outside ‘The City On A Hill’ that is holding the football. In fact, Foxborough is a town 22 miles southwest of downtown Boston.

The area is no stranger to hosting World Cup matches though. In 1994 the old Foxboro Stadium was used as a host venue and it is only fitting that World Cup games return to this neck of the woods. The stadium is set to host around six matches as part of the expanded 48-team tournament which will see the total number of games rise to 80.

Did you know? Every single seat in Gillette Stadium is focused exactly toward midfield to provide optimum sight lines.