Football
News
In 1997, Celtic got a transfer over the line that would change the course of Scottish football
Simon Lillicrap
15:00, 25 Jul 2022

The King of Kings, the Super Swede, the Magnificent Seven. Henrik Larsson left Celtic after seven sensational years as a club legend and footballing icon, but his arrival 25 years ago today, was rather more understated. Few predicted when he arrived through the gates of Celtic Park in 1997, that he would depart as the greatest foreigner to ever play in the Scottish Premiership.

Then Celtic boss Wim Jansen only spent a year with the Hoops, but he made two significant notches into the history of this famous football club. One, he stopped Rangers winning ten in a row, by pipping them to the league title by just two points, and two - he was instrumental in bringing a certain Swedish star to the club.

Jansen’s deep-rooted links with Feyenoord, having spent 15 seasons there as a player and three as a manager, meant that he had his finger on the pulse of the goings-on at the club. So when their striker, who scored 26 in 101 in the Netherlands, told his manager he wanted to leave, Jansen was straight on the case.

The contract issues that unfolded were slightly messy, as it was claimed Larsson had a clause in his contract that allowed him to leave for £600k, but after a legal case which the player won, he was allowed to join Celtic for £650k.

Davie Hay explains in his autobiography that the deal was nearly snagged as Jock Brown, the general manager at the time, was stubborn over the agent’s £140k fee, but after some convincing, the deal was pushed over the line.

“I reassured Jock that Rob’s fee was not excessive, especially as we were getting a special talent in Henrik for £650,000, which was buttons in the market at that time,” Hay wrote. “There was no room for manoeuvre. I reasoned that Celtic were getting a world class player for well under £1million and that figure seemed to be the starting point in transfer bids for distinctly average players around that time. I said, ‘Make it happen.’”

It would be the best money Celtic would ever spend. He would go on to score 242 goals in 315 appearances, making him Celtic’s third top goalscorer of all time, only behind the legendary duo Bobby Lennox and Jimmy McGrory.

Celtic Football Club
@CelticFC
👑 25/7 is 𝒐𝒇𝒇𝒊𝒄𝒊𝒂𝒍𝒍𝒚 #HenrikLarssonDay 👑
Today marks 25 Years since we signed the man who would become a legendary number 7 at #CelticFC 🍀🙌
What's your favourite memories of Henrik Larsson in the Hoops? 🟢⚪ 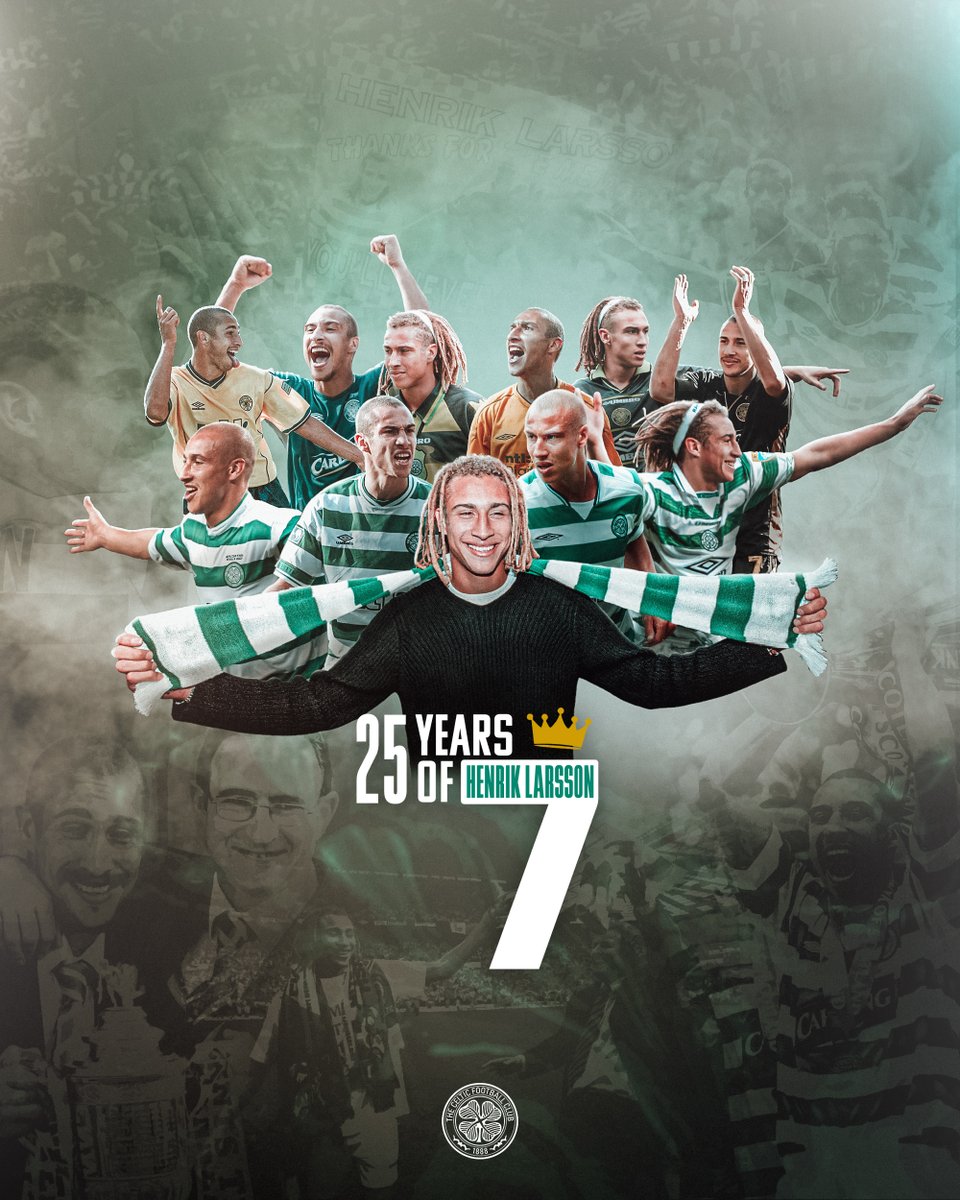 His achievements at Celtic Park are plentiful, but he moved to Glasgow in an era where Rangers were utterly dominant, and he helped turn the tide. Larsson was instrumental as Celtic stopped ten in a row, and went onto win four SPL titles, two League Cups and two Scottish Cups - all while winning the Golden Boot in the Scottish Premier League in five out of six seasons.

Would Celtic have stopped ten in a row with Larsson? Perhaps. Would they have gone on to dominate domestically over the turn of the millennium? Certainly not. In Martin O’Neill’s famous 2000/01 season, Larsson was electric. It was perhaps his best individual season in his entire career.

35 goals in 38 league matches, 53 goals in all competitions and the leading light of a team that won the treble. Those goals even won him the European Golden Shoe, as the Swede established himself as a club legend, before later helping them to the UEFA Cup final in 2003.

Mention his name anywhere around the world and visions of majestic diving headers and clinical finishes will come to mind. He won the Champions League with Barcelona, played for Manchester United and scored at major tournaments for Sweden - but still it is Glasgow Celtic where his name will never be forgotten.

The iconic dreadlocks. The sensational goals. The major trophies. Henrik Larsson, truly the King of Kings.