Football
News
The Belgian 'keeper struggled to begin with at the Bernabeu
Graham Ruthven
15:06, 17 Nov 2019

Never before had a ‘Galatico’ signing pitched up in the Spanish capital with so little fanfare. The routine is well-rehearsed by now - Real Madrid open up the Santiago Bernabeu for fans to welcome their latest big name, big money addition. Said player waves to the raucous crowd, poses with his new shirt and performs a few keepy-uppies. Thibaut Courtois did all that, but hardly anyone was there to witness it.

Indeed, only a handful of supporters turned up to welcome Courtois as he was unveiled as a Real Madrid player in August 2018. That was reflective of a general apathy towards the signing of the Belgian goalkeeper. He had his doubters from the start and did little to quell them over his first season-and-a-bit at his new club, making a number of high profile errors.

Even as recently as September, it looked like Courtois might be replaced as Real Madrid’s first-choice goalkeeper, with Alphonse Areola making a good impression after arriving from Paris Saint-Germain in the summer. Since then, though, the Belgian has finally started to prove himself as Real Madrid’s number one. 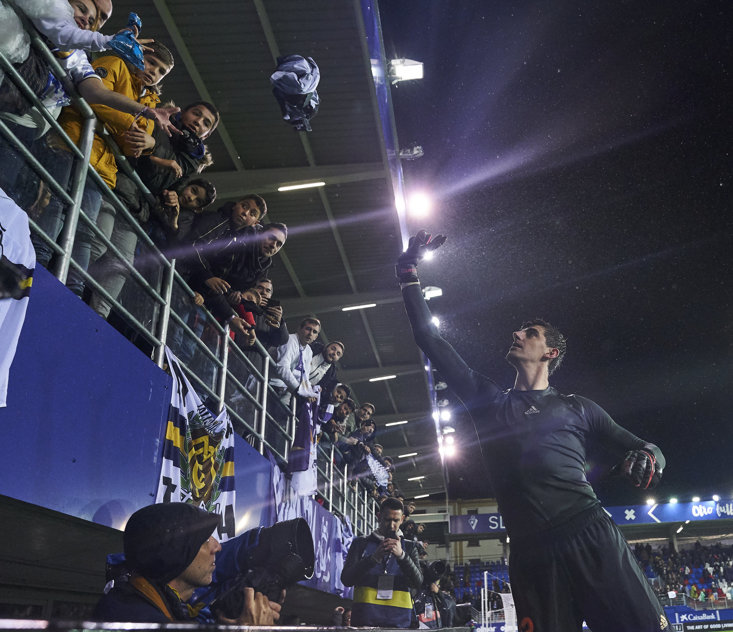 Courtois is finally beginning to win over the Real Madrid faithful

This is where the indifference over Courtois came from. Navas was a fans’ favourite and so many saw the signing of the Belgian goalkeeper from Chelsea as unnecessary. Criticism of Courtois grew when the mistakes started to flow, especially with the sight of Navas on the Real Madrid bench.

It wasn’t just that Courtois made a number of mistakes, it was that Real Madrid looked a more solid, a better-balanced side, with Navas between the posts over the Belgian. The success or failure of a goalkeeper is underpinned by the relationship he maintains with the players in front of him and Courtois’ relationship with the likes of Sergio Ramos and Raphael Varane didn’t seem to be so strong.

However, Real Madrid have looked more settled in recent weeks with Courtois a lot more assured in his body language. He’s now starting to look like one of the best goalkeepers in the game, which is what Real Madrid must’ve thought they were getting when they first signed him. It’s debatable whether Courtois should have been given this long to settle in, but at long last he has.