Chelsea remained at the top of the Premier League table after a trio of academy graduates got on the scoresheet to inspire them to a comfortable 7-0 win over basement dwellers Norwich City. Mason Mount got a hat-trick, while Callum Hudson-Odoi and Reece James also scored as Chelsea showed their class at Stamford Bridge.

The first goal set the tone of the predictable afternoon, Chelsea pressed forward and the ball fell to Mason Mount on the edge of the box for fired the ball into the bottom corner with aplomb. The England man was in the mood today against a Norwich side who once again offered absolutely nothing away from home.

The second came after some incisive play from Chelsea. Mateo Kovacic, so often Thomas Tuchel’s metronome in the middle, slid a perfectly weighted pass through to Callum Hudson-Odoi and the Englishman made no mistake in front of goal.

The third was arguably the pick of the bunch as Mount, integral throughout, slipped a wonderful ball into the path of the onrushing Reece James, who beautifully dinked the ball over the onrushing Krul into the back of the net. That sealed the points before half-time, as Chelsea flourished without their big money signings, Timo Werner and Romelu Lukaku.

Trying to gauge how good Chelsea were in this match is difficult given the pitiful opposition that was put in front of them. Norwich lined up with the same 5-3-2 that saw them bag back-to-back 0-0 draws against Burnley and Brighton but the rigidity that helped them to their first points of the season was missing.

With no goals in their last five matches in all competitions, and with only two goals all season, it is clear the front two of Josh Sargent and Teemu Pukki aren’t up to the job and Norwich’s fans seem to have finally lost patience with Daniel Farke. This result means that the Canaries have picked up a paltry two points from the last 57 available to them in the Premier League. Woeful. 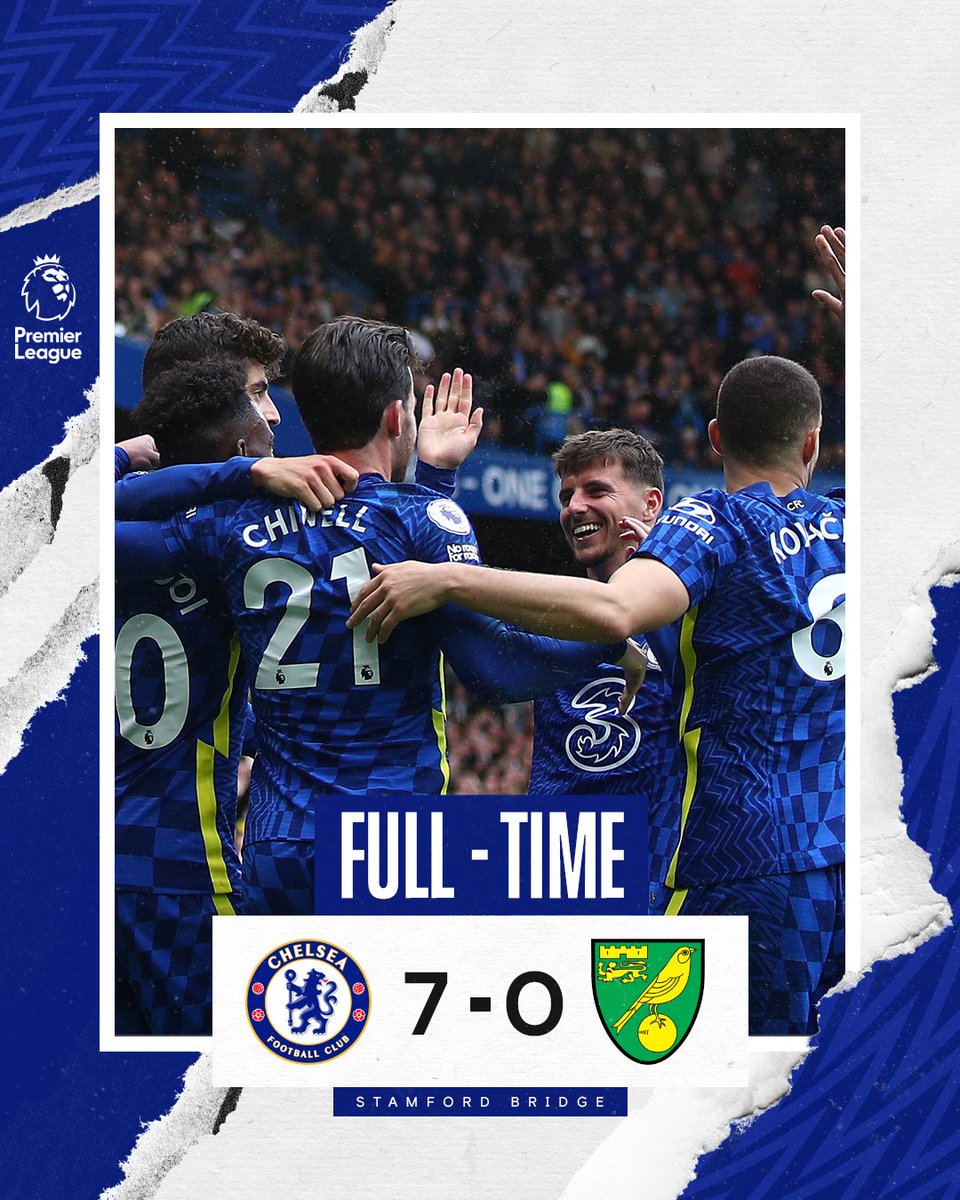 At this rate, with a quarter of the season gone, Norwich will end the season with eight points - the lowest total in Premier League history. The second half didn’t get any better, even though Farke made a double substitution at the break.

Chilwell has been in fine goalscoring form since he displaced Marcos Alonso in the team and made it a remarkable four Premier League goals in four matches with a wonderful low driven finish. With Gareth Southgate watching on, he will be pleased to have performed so well as he bids to get in front of Luke Shaw in the Three Lions pecking order.

As Chelsea toyed with Norwich, the visitors fell apart. An unfortunate own goal from Max Aarons made it 5-0 to the hosts, the first time they have hit five goals at Stamford Bridge in two and a half years, and then Ben Gibson was dismissed for a second yellow after a poor challenge on James.

Amazingly, it was six just minutes before full-time. Mathias Normann gave away a penalty for handball, but if your luck is against you at the bottom, everything goes against you. Penalty expert Krul saved Mount's initial effort however, he was adjudged to have come off his line, and Mount fired home the retake.

In injury time, Mount completed his hat-trick from close range as Chelsea scored seven in a Premier League match for the first since 2012. But this was an incredibly easy afternoon for a Chelsea side that, with their big names sidelined, once again relied on their incredible academy products. Meanwhile for Norwich, relegation looks a certainty under Daniel Farke.