We are now just days away from the start of the delayed African Cup of Nations, where some of the top players in world football will gather to compete for the continent’s biggest prize. It all starts on January 9, this Sunday, so get ready for a whole month of international action. Here’s everything you need to know about the AFCON 2022.

Fairly chaotic. First of all host nation Cameroon were stripped of the 2019 edition, but agreed to host in 2021 before the delay to the tournament due to the pandemic. But as squads were announced over the past few weeks we have seen accusations of disrespect and club bias take hold.

"Is there ever a tournament more disrespected than the Africa Cup of Nations?” Ian Wright wrote on Instagram. "There is no greater honour than representing your country. The coverage is completely tinged with racism. We played our Euros across 10 countries in the middle of a pandemic and there's no issue at all. But Cameroon, a single country hosting a tournament, is a problem.”

Meanwhile Watford have found themselves at the centre of a storm after Emmanuel Dennis agreed to remain at the club rather than travel to the tournament and the Hornets refused to release Ismalia Sarr, due to his long-term injury.

Back to the action. The tournament kicks off on Sunday as Cameroon host Burkina Faso at 4pm. Every single game from the tournament will be broadcast live on Sky Sports, so you don’t have to miss a moment.

Which teams have qualified?

All the big teams are in there. Reigning champions Algeria will be looking to defend their crown while Senegal will hope to go one better than their final defeat last time out. Host nation and five time champions Cameroon have a chance while Nigeria, with top scorer from 2019 Odion Ighalo will hope to win their first title since 2013.

CAF
@CAF_Online
Pack your bags! 🎒
WE ARE HEADING TO CAMEROON! 🇨🇲
#TotalEnergiesAFCON2021 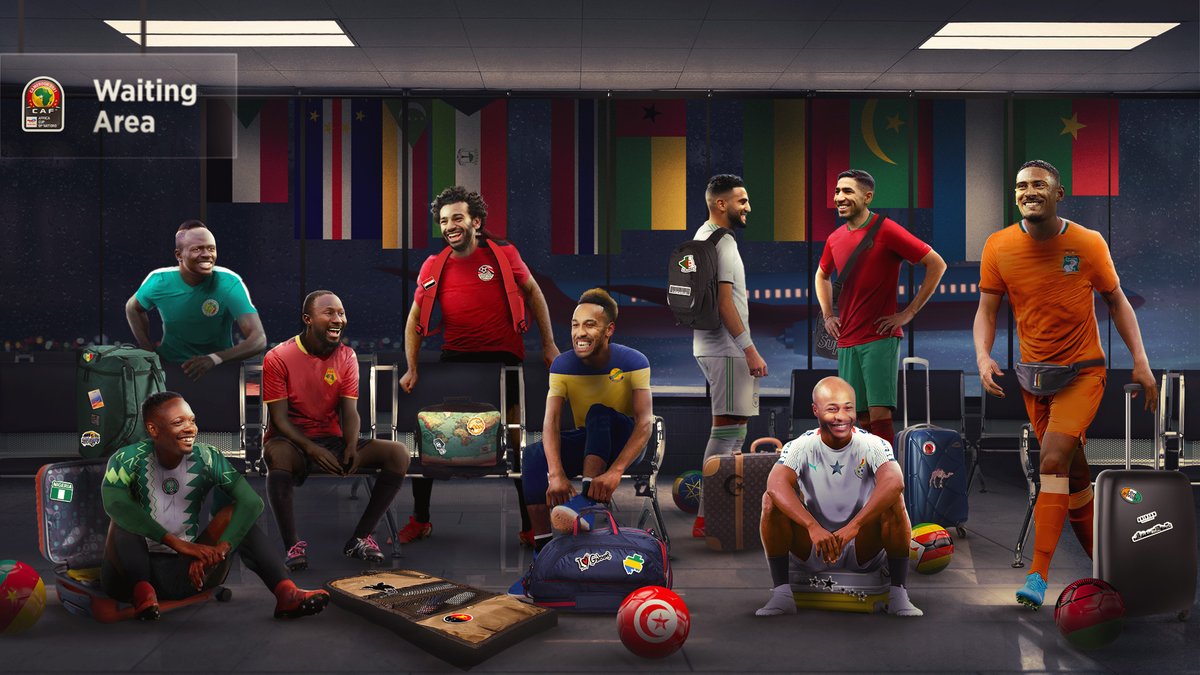 Morocco and Ghana are in the same group while Ivory Coast join Algeria in Group E and Egypt face Nigeria. Meanwhile there are also some smaller nations looking to make their name on the big stage. Gambia have qualified for the very first time but the main talking point has to be the tiny island of Comoros, with a population of 869,000, who have made it to a major tournament for the first time in their history.

Which Premier League players are playing?

Naby Keita will represent Guinea and Pierre-Emerick Aubameyang will lead the line for Gabon. His club teammate Thomas Partey, along with Jordan Ayew and Daniel Amartey are Ghanaian while Wolves’ Romain Saiss will captain Morocco. Algeria have the dangerous duo of Riyad Mahrez and Said Benrahma too while Wilfried Zaha, Eric Bailly, Maxwel Cornet and Nicholas Pepe will turn out for the Ivory Coast.

Where is it being held?

Cameroon. The final will be played at the 60,000 capacity Olembe Stadium.

Who are the favourites?

Betfred currently make defending champions Algeria and a talented Senegal squad joint favourites at 5/1. They are followed by Salah’s Egypt at 6/1 and Ivory Coast and Nigeria at 7/1.

Who is going to be the top goalscorer?

Salah is the favourite at 7/2, followed by club teammate Sadio Mane at 15/2, while Riyad Mahrez is at 8/1. If you fancy Ajax’s Sebastien Haller to make a splash, he is 14/1 to top score for Ivory Coast.