The most appealing thing about Marcus Rashford is the way in which he keeps his roots close to everything he does.

He still visits friends and family in Wythenshawe whenever time allows. When he led campaigns to ensure children from poor backgrounds had access to free school meals, in and out of term time, he did so with the memory of what it was like growing up in the south of Manchester. And when he missed a crucial penalty in the Euro 2020 final for England against Italy, it was his connection to his home community which shone through following a rallying response to graffiti emerging on a mural of the striker on a wall in Withington.

But maybe what Rashford needs right now is to get away from Manchester. Particularly, it might be in his best interests to get out of Manchester United. The club is all he has ever really known, having first joined the United youth system at the age of seven, but he now appears to be entering a vital stage of his career, and a failing former giant might not be the best club to spend his peak years with.

Having already played 304 games for United, and still just 24 years old, Rashford could break club records left, right and centre in theory. He has a long career remaining ahead of him and all sorts still to achieve. And while many people have spoken of his maturity over the past couple of years as he has fought – and beaten – the government over their treatment of working-class families, Rashford the footballer still has plenty more maturing to do.

Yet the talk of Paris Saint-Germain meeting Rashford’s agents in the French capital recently says much about the crossroads which could lie ahead for the England attacker. United’s troubles in recent times has coincided with a loss of form for their number 10, and the signs from Old Trafford right now are that the next great United team could still be some years from materialising. So can Rashford really burn away the best years of his career on a gamble that United might eventually get it right? 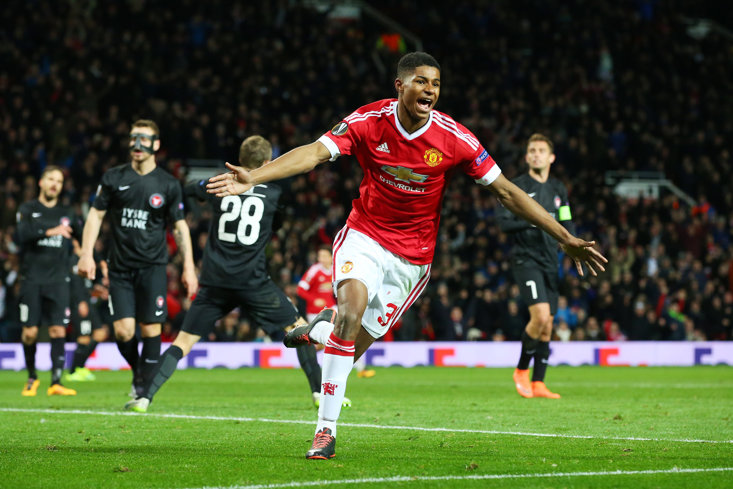 Will he really gain more as a player and a person from going through more seasons of upheaval with his hometown club than he would be taking the opportunity to see what there is on offer elsewhere? Think back a couple of years to the player Rashford was either side of the start of the Covid-19 pandemic… A 20-goal-a-season attacking midfielder who can play anywhere across the front four at the drop of a hat. If United can’t make the most of that kind of weapon, there are plenty of other major clubs who can.

And that is where Rashford finds himself now. Louis van Gaal gambled on Rashford at a time when he had no other real options back during an injury crisis back in February 2016. The impact was legendary. But more than six years on, it’s time for the player to think of what’s best for himself and his family. Will he get greater enjoyment out of a long, slow struggle back to prominence for Manchester United or a new adventure elsewhere in the Premier League or abroad? PSG’s approach might not necessarily be enough to tempt him, but there may be another club that says the things that really get him thinking.

Rashford didn’t have the 2021-22 season he would have hoped, with United going through all sorts of turmoil at the time. Another couple of similar seasons and the youngster who flew out of the blocks against Midtjylland and Arsenal will be an increasingly fading memory. The time for Rashford to seriously consider leaving his home behind is coming up quicker than he might have expected.