Aidy Boothroyd has been dismissed as England U21 manager after seven years in the England set-up. After once again failing to get out of the group stages of the U21 European Championships this year, the FA released a statement that read:

“Aidy Boothroyd is to leave his role as a national-team coach after a seven-year spell in which he guided England to three successive UEFA U21 EURO tournaments.

“Boothroyd, who took the Young Lions to within a penalty shootout of 2017's U21 EURO final and followed that up by winning the 2018 Toulon Tournament, has particularly played a pivotal role in helping nurture young talent through the player pathway and into the senior squad.

“Having initially joined the St. George’s Park set-up in February 2014, Boothroyd has decided to move on after the disappointment of the recent U21 EURO in Slovenia”

With a whole host of candidates lined up for the job one man tipped by former England player Jamie Carragher to get the job, is former Chelsea boss Frank Lampard.

“You actually look at the job of the under 21s, I almost think it would be perfect for someone like Frank Lampard,” he told The Sportsman. “I think he has just had a newborn baby as well and it may be the perfect job for him I think.”

Chelsea legend Lampard was sacked by the Stamford Bridge club earlier this year after previously taking Derby County into the play-offs and Carragher believes his former England team-mate would be a hugely positive influence on the nation’s young stars and added, “Everyone in the squad would look up to him, they’d be in awe of him. He has still got that youthfulness in that he hasn’t retired too long ago, he’d have that connection with young players. 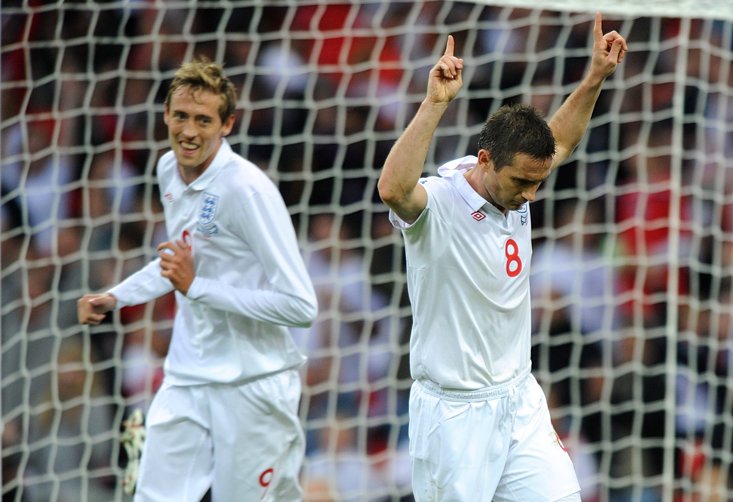 "I think if you were a young player you would be absolutely over the moon if Frank Lampard was the manager and that may suit Frank right now, I don’t know.

“He may want to get right back into the thrust of things but coming out of Chelsea, it is still a high profile job, you’d be coaching and training really top players, young players and it is not every day. So maybe if he has got things in his life he wants to do he can get on with that as well, so I think he’d be a brilliant fit.”

Another out-of-work English manager who may be interested in the job could be former Bournemouth manager Eddie Howe, out of work since leaving the Cherries last summer. However, Carragher doesn’t believe he would take the job.

“I don’t think Eddie Howe, unless he was almost told he would be the next England manager. I think he’s got such a good CV and experience as a manager now. I think Frank has dipped his toe in, with Frank it is almost, does he want to have a long managerial career or does he almost want to pick and choose his jobs.”

The Sportsman
@TheSportsman
🗣️ "It would be perfect for Frank Lampard."
@Carra23 thinks former teammate Frank Lampard would be a perfect fit for the England U21 role, should the position become vacant.
5
26
x
Suggested Searches:
Manchester United
Liverpool
Manchester City
Marcus Rashford
Premier League
More
football
Deja Vu And Disenchantment The Best Newcastle Can Hope For In...
It’s going to be another testing season for Newcastle United supporters, and this time around [ ... ]
football
VAR Changes Are A Step In The Right Direction, But Don't Expect...
The news that VAR will be 'dialled back' in the new Premier League season, with officials told [ ... ]
football
Brazil Close On Olympic Double As Spain Continue Phenomenal...
Brazil’s men’s football team have taken a giant step forward to retaining their Oympic title [ ... ]
football
Harry Kane Take Note: Five Footballing No Shows Who Tried To...
Harry Kane’s decision to stay away from Tottenham Hotspur training this week is nothing unusual [ ... ]
football
Joe Hart Is Exactly The Kind Of Astute Signing Struggling Celtic...
It is a move which will unite a club already knocked out of the Champions League with a goalkeeper who [ ... ]
football
What Did Fans Make Of Their Return To Competitive Football This...
Competitive football in England returned with fans this weekend for the first time since restrictions [ ... ]
football
Three Things We Learnt From Opening Weekend Of The Scottish...
The Scottish Premiership got underway this weekend as domestic football returned to Britain with a bang. [ ... ]
football
Is It Time For Men's Football To Give The Olympics A Miss?
As the Olympic football tournaments reach the semi-final stage it is worth reflecting on whether the [ ... ]
football
Coady And Jimenez Among The Keys As Lage Seeks Flying Start...
It is the dawning of a new era for Wolverhampton Wanderers this season. Nuno Espirito Santo has moved [ ... ]
football
Five EFL Championship Players To Watch In 2021-22
The Sky Bet Championship gets underway in less than a week and fans cannot wait for another season of [ ... ]
football
Reunion With Craig Gordon A Reminder Of The Leaders Celtic Are...
Celtic’s Scottish Premiership opener will include a reunion with ex-goalkeeper Craig Gordon when [ ... ]
football
Theo Walcott Can Finish His Career On A High After Returning...
Theo Walcott was once England’s youngest-ever debutant, a speedy forward ready to put the frighteners [ ... ]
football
Treble Or Failure? Expectations Are Sky High For Gerrard And...
This time last year Rangers were a team with loads to prove and a big hole in their trophy cabinet. [ ... ]
football
Sam Kerr-Inspired Matildas Send Team GB Crashing Out Of Tokyo...
Sam Kerr inspired Australia to the semi-finals of the Olympic football tournament after a 4-3 victory [ ... ]
football
Graham Potter Will Face His Sternest Test As Brighton Manager...
Brighton and Hove Albion are about to get underway in their fifth consecutive season in the Premier [ ... ]
football
The Bold, The Brash And The Bizarre, The Best Kits For The 2021/22...
The 2021-22 season is only days away and it is time to decide on some of the nicer football kits that [ ... ]
football
Celtic Champions League Woe: Postecoglou Can't Carry The Can...
“We never stop,” insisted Ange Postecoglou to his Celtic players. “If our movement’s [ ... ]
football
Time For Dyche And Burnley To More Than Just Make Up The Premier...
Burnley are about to enter their sixth consecutive season in the Premier League, and it is time for [ ... ]
football
Toby Alderweireld Exit Another Step Closer To End Of Pochettino...
Toby Alderweireld’s Tottenham Hotspur departure is another step closer to the end of Mauricio [ ... ]
football
USWNT's Olympic Woes Are Not New But The Concern Is Very Real
We’ve been here before with the United States women’s national team… just not very [ ... ]
football
Brentford Are Way More Than Just Ivan Toney As They Approach...
Brentford will be the 50th side to have ever played in the Premier League when they begin their season [ ... ]
football
#HerGameToo Survey Reveals Shocking Scale Of Sexist Abuse Towards...
The social media movement #HerGameToo aimed at stamping out sexism in football has released the results [ ... ]
football
Future Chelsea Boss? John Terry's Aston Villa Apprenticeship...
Steven Gerrard is about to lead a title defence with Rangers, Wayne Rooney is fighting fires at Derby [ ... ]
football
Scottish Premiership Betting Preview: Rangers To Dominate Under...
The Scottish Premiership is back this weekend with a tasty opening round of fixtures kicking off the [ ... ]
football
Will Watford's Hire And Fire Policy Keep Them In The Premier...
In less than two years, Watford have had four permanent managers. Xisco is the man currently in the [ ... ]
football
Varane & Maguire Partnership Could Be Crucial to Man United's...
With the impending arrival of French centre-back Raphael Varane from Real Madrid, Manchester United [ ... ]
football
Everything You Need To Know About The Opening Weekend In The...
The 2021/22 Scottish Premiership campaign gets underway this weekend as Steven Gerrard’s Rangers [ ... ]
football
Norwich Should Be Praised For Trying To Do Things Differently...
Norwich City are always beaten with the same stick. Even when they were promoted in May, their social [ ... ]
football
On This Day In 1974: Bob Paisley Becomes Liverpool Manager As...
Much is made of Bill Shankly’s legendary impact in transforming Liverpool from a failing second [ ... ]
football
Welcome Home! The Footballers Who Returned To Their Boyhood...
Lukas Podolski has made a dream move to his boyhood club Gornik Zabrze at the age of 36, fulfilling [ ... ]