Football
News
A 0-0 draw with Italy meant England are yet to score from open play in this year's Nations League
Simon Lillicrap
21:45, 11 Jun 2022

Four the first time in four years, an England starting XI featured zero left-footed players. None. The last time they did this was back in 2018 in a 1-1 friendly draw with Italy, but this time it was a 0-0 stalemate as the Three Lions failed to score again from open play for the third consecutive Nations League match.

Kierian Trippier filled in at left-back with a shallow depth of options with Luke Shaw and Ben Chilwell out injured, while Jack Grealish and Raheem Sterling started on either wing.

Now, it's an outdated view that your entire left side should be made up of left-footers, but having a blend in the midfield and attack does seem to make the ball flow easily from right to left. A right winger cutting in is, in the modern game, seen as a far more deadly weapon than one that goes down the wing and puts a cross in.

Look at Mo Salah, Lionel Messi, Arjen Robben and Riyad Mahrez. Gareth Southgate actually has options in this area with Bukayo Saka left on the bench and Phil Foden still not fit, but it is at left-back where the absence of a capable left-footer sticks out.

Putting a right-back on the left is the ultimate ‘square-peg, round hole’. Trippier is a more than capable defender and has contributed to two of England’s biggest goals this century, but his left foot is just for standing on. When the play shifts over to his side he could not bomb on, and was forced to slow the game down by taking the ball inside.

Compare that to his lung-busting run and cross in the Euro 2020 final, and you begin to see how limited he is when playing out of position. Without Shaw and Chilwell, England’s first choice duo, Southgate had very few options to choose from. He wanted to try out James Justin but injury halted his hopes and aside from that Crystal Palace’s Tyrick Mitchell is perhaps the next in line.

Southgate’s biggest hope for the new Premier League season will be that Chilwell returns to fitness, and Shaw returns to form. The Three Lions may have enough right-backs to fill an entire squad, but at left-back the options are far more limited. 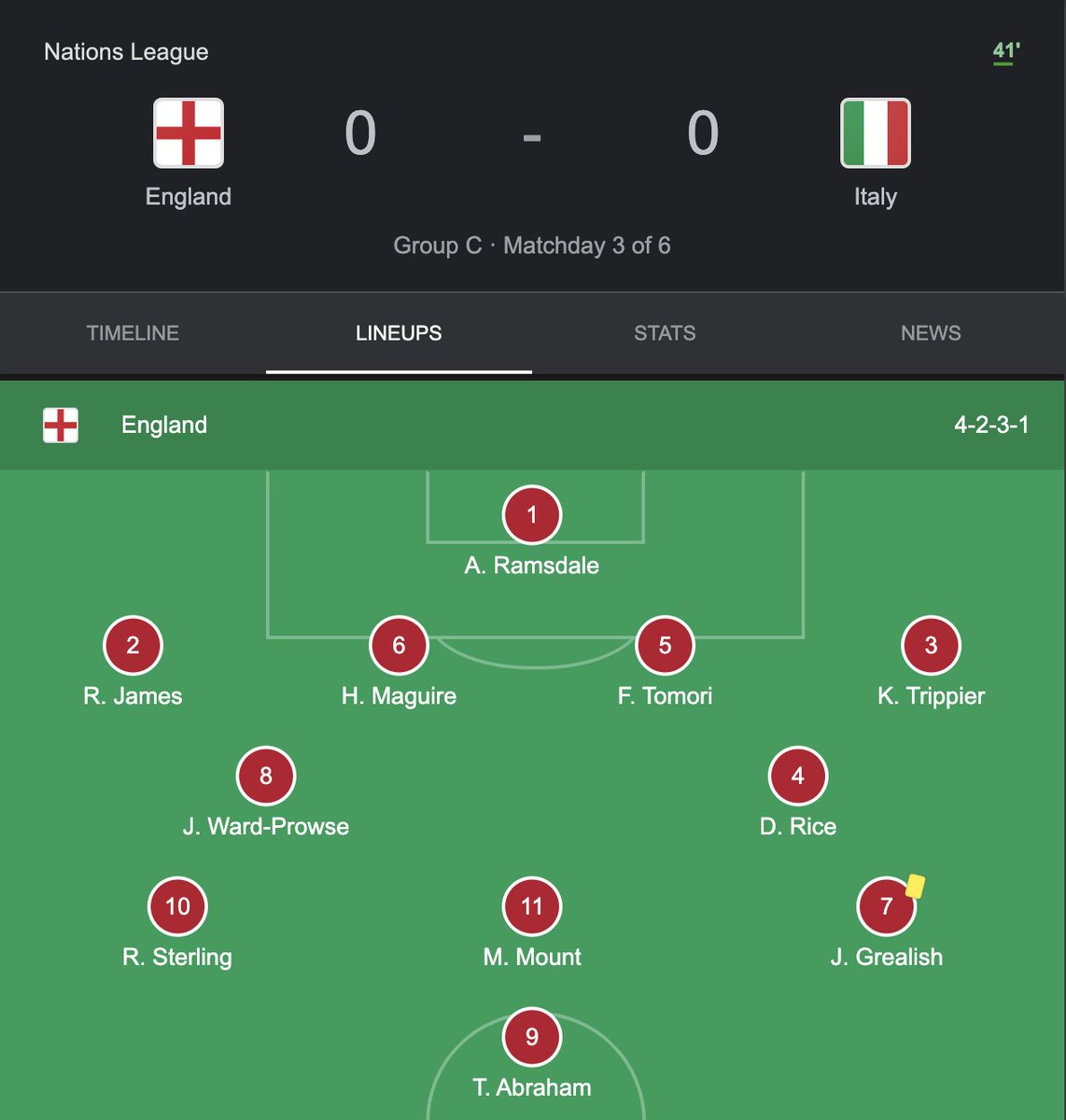 Aaron Ramsdale may not be left-footed like Jordan Pickford, but he put in a good showing in goal, making several decent saves to keep Italy at bay. Meanwhile, Mason Mount in the number ten role should have broken the deadlock when he hit the bar early on from close range, and it is this lack of cutting edge that will worry England fans.

Raheem Sterling failed to score after a whipped cross from Reece James and chances were few and far between for this England side. Harry Kane started on the bench and Foden and Saka, also absent, will provide different options as the Three Lions are arguably without their most talented creator in the Manchester City man.

It took until the 64th minute for a left-footer to be introduced, as Jarrod Bowen replaced the ineffective Mount and he brought a small spark to England’s right-hand side. But we are well into June, and this behind-closed-doors game felt like an end of season friendly. For a side that fed off such a vociferous home crowd this time last year, they are going to need a way to find some inspiration without that backing.

They certainly won’t have it in Qatar.