Football
News
There's been an imbalance to Chelsea's midfield recently and Lampard needs to remedy it
Rebecca Knight
09:00, 01 Feb 2020

My favourite place to eat in the entire world, well in Manchester, is Canto. Their signature dish, the pulpo, is so perfectly balanced. The potatoes, the sauce and the pulpo all work in perfect harmony, complementing each other, good on their own and allowing the others to shine individually, but working so in tune with the seasoning and flavours. It’s a culinary masterpiece. Balance is important in all aspects of life - Thanos will tell you that - so why then is it I find myself pulling my hair out most weekends when watching the Chelsea midfield?

Balanced it is not. Ironic really, given Frank Lampard is one of the greatest midfielders of a generation and if anyone should understand what you need in the middle of the park to thrive, it should be him. As a player, he had perfect sympatico with Makelele and Michael Essien, and utter disaster with Steven Gerrard - both ends of the scale if you will.

When he arrived at the club, Chelsea fans were excited for him to sort the midfield issues out. The opening games of the season certainly looked far better in terms of cohesion than anything seen under Maurizio Sarri, and all looked right in the world. However, roll on a few months and the questions are starting to rear their heads again.

Yes, goals are clearly an issue and the frustration from Lampard in his press conferences is clear for all to see. A striker is needed. Fair enough. The keeping situation is an issue as well, and the defence isn’t as solid as you’d like. Agreed. But at the heart of the issue is the way the midfield has looked increasingly imbalanced as time has gone on. The old issues with Jorginho playing deeper than N’Golo Kante are causing problems on the field and annoying fans, the lack of goals from anyone bar Kovacic is a huge worry, and the drop off in form (or so the fans would tell you) from Mason Mount has gone down like a lead balloon.

We’ve seen just how good and effective Kante can be in his so-called best position, in front of the defence, yet for the last couple of seasons, he’s not been deployed there. He’s gone from not only being in the team of the year but being player of the year to being an after-thought. Selling him was once unthinkable. Now some Chelsea fans would take the cash. It says it all.

If you buy the best car in the world and try to drive it on sand, it’s not going to be as good as driving it on a smooth road. That’s essentially what Chelsea are doing to Kante. 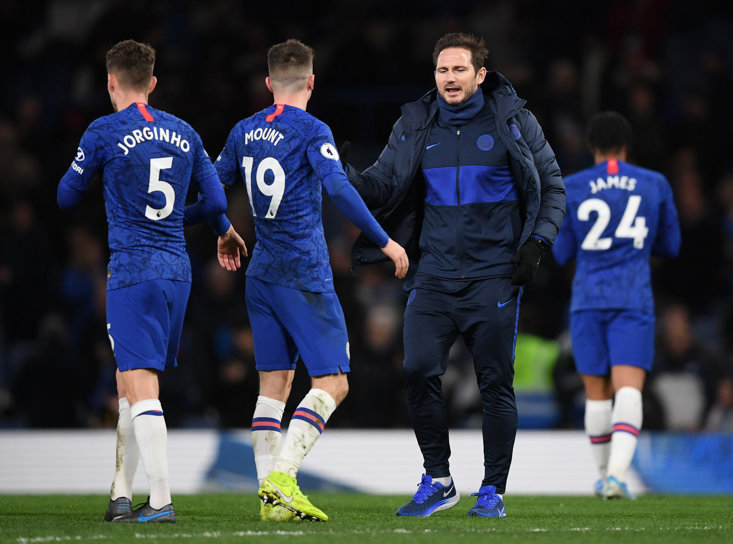 It would be easy to turn this into the N’Golo Kante argument again, but it’s more than that. It’s three ingredients just not fitting together on the plate and causing the entire thing to taste slightly off. Lampard himself was a 20 goal a season man - and how he must wish he had that in his side right now.

Jorginho meanwhile is so often bypassed by attackers and Chelsea being punished because of that - when in reality he should be the one spraying Xabi Alonso like passes into the box. That was the case earlier in the season, and there’s even an argument that playing Kante and Jorginho as interchanging midfielders works fine - but Kante should usually be the deeper-lying of the pair. That’s when Chelsea are at their best, and that’s what we don’t seen enough of.

The final piece of the midfield puzzle is somewhat of a question mark. There’s no doubt that Kovacic has been very good this season, and that Lampard has transformed him into the player that neither Real Madrid nor Sarri ever could - what Madrid could do with this Kovacic now. He does provide a goal threat from outside the box , but realistically, it’s nowhere near enough goals.

Those three are the players fans expect to see in the line-up, yet at the start of the season, it was far better to see Mason Mount play - Ross Barkley will feel he should’ve taken his chance under a new manager far with both hands, yet decided to use said hands to hold chips and argue with a taxi driver instead, among his many indiscretions this season.

The one player who could bring balance to the side and add a constant threat of goals has been unavailable to Lampard this season. Ruben Loftus-Cheek is so highly rated by fans and a true box to box midfielder. Watching him progress through the ranks, he has a huge amount of ‘Lampard’ about him when he plays, and once his recovery from injury is complete and match fitness is on par with what Lampard expects, he could slot right into that midfield.

Of course, it’s easy to say, just play Kante at the base, Jorginho next to him and allow them to interchange, with Loftus-Cheek in the ‘Lampard position'. Chelsea have a lot of talent in the midfield area and dropping Kovacic who’s been one of their best players is harsh to say the least. However, balance in the side and goals win you games. Loftus-Cheek could provide both of those things.

Too much sauce on a dish will ruin it. Too little seasoning will do the same. Right now, the Chelsea midfield doesn’t sit well on the palate, and Lampard needs to find a way to fix that before the entire dish is ruined.