Football
News
The Magpies already have a star on their hands who could thrive with the revolution about to get underway
Conor Keane
08:35, 27 Nov 2021

We are into the final weekend of November which means that Black Friday weekend is upon us and the hunt for all the best bargains on offer is well and truly on. It also serves as a timely reminder that there is not long to go until football clubs can dip their hands back into the transfer market and no club will be more excited to splash the cash than Newcastle United.

Boss Eddie Howe will have the funds to strengthen his squad in January to help steer the club away from relegation. There are going to be plenty of changes in the coming windows as the club look to match the big six of the Premier League with their new resources, but they already have a star on their hands who could thrive with the revolution about to get underway.

Speedy winger Allan Saint-Maximin has been a joy to watch ever since he was brought to England by Howe’s predecessor Steve Bruce. Given the toxic clouds that had formed over St James’ Park when Bruce was finally axed, it is worth giving him credit for effectively providing the Magpies with the first piece of their renaissance puzzle moving forward.

The 24-year-old is renowned for his ball-carrying skills and has been playing in a higher role for Newcastle this season and already has three goals to his name – only one behind the club’s top scorer Callum Wilson. The attacker will play a key role in Howe’s system this term and will likely keep a spot in the inevitable rebuild in the future.

Howe will recognise the influence Saint-Maximin possesses and he will probably look to construct a system to compliment the Frenchman even further, and allow him to have an even bigger impact on the pitch. Despite Saint-Maximin being dispossessed the second-most in the league (33), only Wolverhampton Wanderer’s Adama Traore has completed more successful dribbles (59 to his 50) – highlighting the magic he demonstrates when the ball is at his feet.

He has the creative flair that would stand out in a glamorous Magpies side that is sure to be built in the coming years, and with his dribbling stats one of the best in Europe, the club would really struggle to find a replacement who can carry the ball and break between the lines as much as him. With his deployment in various positions this season, he has also shown how versatile he is, although if he is to play further forward his goalscoring record will need to improve, and Howe could be the man to help him become the ultimate attacking asset. 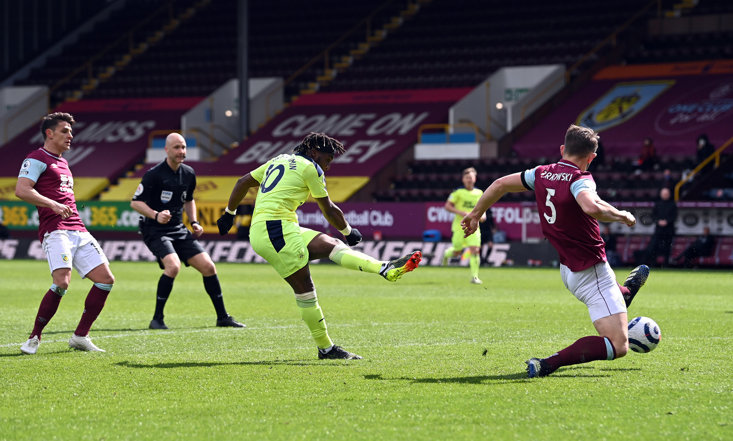 The winger has clearly taken to his new coach and was full of praise for him after their 3-3 draw with Brentford. He said: “He’s [Howe] a great coach. For me, I don’t need to be with him for one year to know if he’s a good coach or not. He’s a good coach, and they have a nice philosophy and nice ideas.

“We can see in the first game, we played more in attack and had more chances to score, and it was more difficult for the other team to defend against us.”

You can already sense the optimism he has for the future under Howe, and he is certainly a player who will thrive playing on the front foot. The confidence boost that Saturday’s draw will have provided him will help him to play a significant role for Newcastle in their cluster of fixtures until the January window, and then he may be joined by players who can help take him to the next level.

Away from his abilities on the pitch, Saint-Maximin is a very popular figure among the supporters and he does own one of the better Twitter accounts of footballers out there at the moment. His popularity would have only sky-rocketed after his most recent gesture, where he gifted a £2000 Tag Heuer watch to a supporter before the Brentford game.

He may have only been on Tyneside for just two-and-a-half years, but he has fully embraced the Toon culture and is subsequently adored by the fans, who will certainly want him to play a crucial role for the Magpies in the promising years to come.

Newcastle are 6/1 to beat Arsenal with Betfred*