“AC Milan announce the definitive purchase from Atalanta Bergamasca Calcio of Andrea Conti, who signed a contract with the Rossoneri until June 30 2022,” a statement on Friday read. After attempting to push through a move all summer, the youngster had finally got the dream move to San Siro, a stadium just 37 miles away from where he caught the spotlight at Atalanta last season. 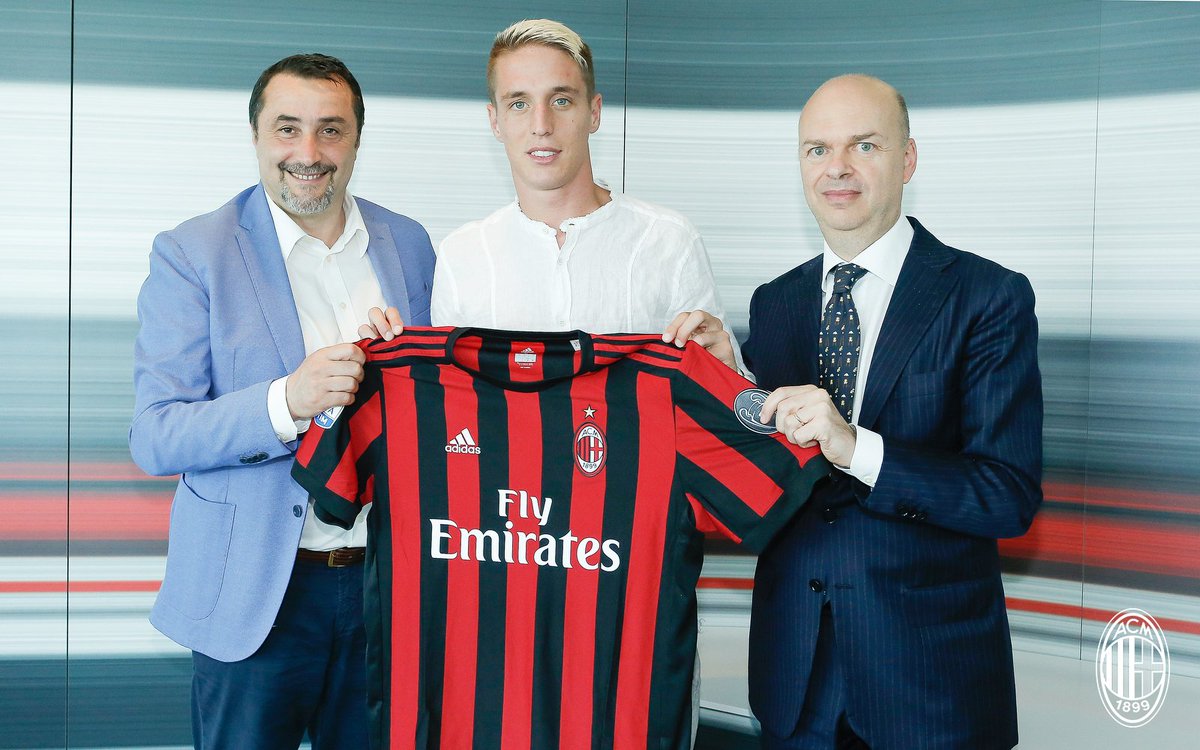 But it hadn’t always been that way. The Lombardy-native had a successful trial at Milan at the age of eight, but boldly rejected their offer as it was said he did not like the club’s training facilities. Recognising his talent, he then received an offer from cross-city rivals Inter, only to eventually accept local side Atalanta.

By choosing the long-game rather than making the obvious choice as a child, the right-back has found success, signing for a big team at exactly the right stage in his career. Developed alongside the likes of Mattia Caldara and Roberto Gagliardini in La Dea’s famed youth academy, he has blossomed into an accomplished defender, and had even drawn attention from Chelsea and Liverpool before opting for Milan.

At 23 years old, many players have already found regular first team football, but Atalanta are careful with their young stars and – after loan spells with Perugia and Virtus Lanciano –  Conti only truly broke into the first team at the beginning of the 2016/17 campaign.

From there he was named in the starting lineup 31 times as Atalanta surprised everyone by qualifying for Europe making 75 interceptions and 51 tackles along the way. But it wasn’t just his defensive work that caught the eye of big sides. Playing as a right wing-back in Gasperini’s 3-4-3 formation, Conti created a total of 28 chances – scoring eight goals and providing five assists –  including a stunning bicycle kick against Genoa.

After the jubilation of the previous season had died down, things soured with Atalanta as the youngster’s agent confirmed that he would not be turning up for pre-season training with the Bergamaschi as he only wanted Milan. This obviously angered his club, as their president confirmed. “Milan and Conti have reached an agreement? Well now they’ve got to find one with us,” Antonio Percassi told La Gazzetta dello Sport.“His agent can say all he wants, but Conti came up through Atalanta’s academy, if he is in the Italy squad right now, he can thank Atalanta for that.”

The Rossoneri had endured a taste of this with Conti’s Italy U21 team-mate Gianluigi Donnarumma, but in truth this had a different feel. Yes, agent Mario Giuffredi was a little excessive in expressing his client’s demands to move to San Siro, but the defender was ready to make the move and as with so many of their other young stars, Atalanta must have known that he wouldn’t stay forever.

“I’m very excited, this is the first time for me,” Conti told Mediaset Premium on entering Milanello for his medical. “I can’t find the words to describe this moment, I’m very happy. There have been intense moments and sleepless nights, but I’m happy.”

AC Milan
@acmilan
Today Andrea #Conti was at Milanello for the first time: watch how his afternoon unfolded! 🎥
1602
3106

Just like his previous boss Gianpiero Gasperini, Milan Coach Vincenzo Montella has a proven track record in developing young players, and will look to integrate the right-back into his squad of new players that have been bankrolled by the club’s new Chinese owners. Atalanta meanwhile have received €24m plus promising 20-year-old midfielder Matteo Pessina as part of the deal, a fair price for all parties. 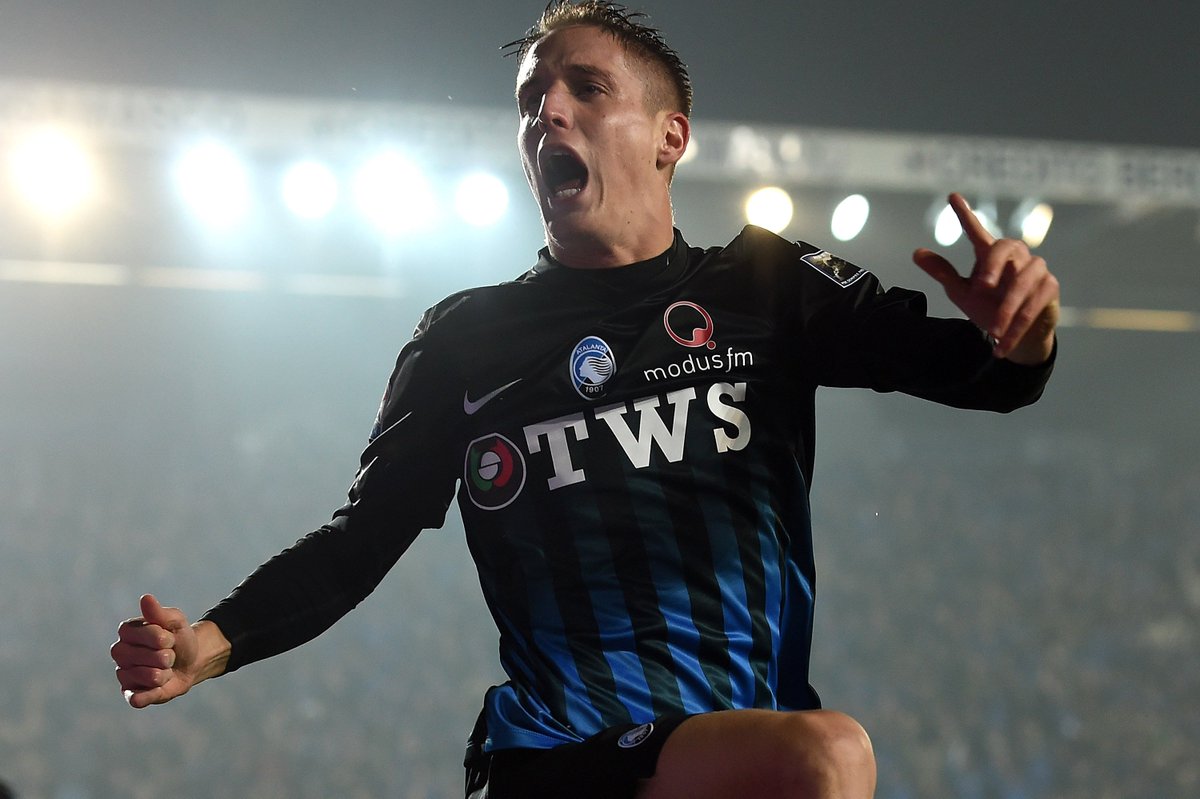 Andrea Conti has now gone full circle in joining Milan, but as the Rossoneri push for a Champions League berth next season, he will have to prove his worth on a much bigger stage this time around.

x
Suggested Searches:
The Sportsman
Manchester United
Liverpool
Manchester City
Premier League
More
football
On This Day In 1958: Munich Air Disaster Decimates Man United’s...
On February 6, 1958 a BEA Airspeed AS-57 Ambassador skidded on take-off at Munich’s Riem Airport, [ ... ]
football
A Night To Remember For Harry Kane As Tottenham Hotspur Outclass...
It was a night to remember for Harry Kane and Tottenham Hotspur as the forward’s match-winning [ ... ]
football
Brennan Johnson And Keylor Navas Secure A Vital Victory For...
A sweet Brennan Johnson volley saw Nottingham Forest beat Leeds United 1-0 at the City Ground on Sunday [ ... ]
football
Lauren James' Brilliant Solo Goal Caps Off Valuable Win For...
A stunning solo goal from Lauren James capped off a brilliant performance as Chelsea defeated rivals [ ... ]
football
Joao Cancelo's Departure Is Only Surprising If You Don't Know...
In a transfer window where the British transfer record was broken, Manchester United actually did their [ ... ]
football
Peter Taylor: The Football Genius Behind Brian Clough's Success...
As Nottingham Forest host Leeds United in the Premier League this weekend, thoughts will inevitably [ ... ]
football
Bright Anthony Gordon And An EFL Cup Final Give Eddie Howe Reasons...
A 1-1 draw with relegation battlers West Ham United is not what Newcastle United manager Eddie Howe [ ... ]
football
The Sean Dyche Era Dawns With An Everton Win Over League Leaders...
There’s new manager bounce and then there’s this. An Everton team that has not won in their [ ... ]
football
Can Sunderland Secure A Double Promotion Or Will Stewart's Absence...
Famous American comedian Groucho Marx once sarcastically quipped “a black cat crossing your path [ ... ]
football
Turn The Page: Is Jurgen Klopp In The Middle Of A Slump Or A...
There are two ways one can look at Jurgen Klopp as he endures his most difficult moments since those [ ... ]
football
Chelsea's Season Depends On Cohesion After Disjointed Draw With...
Fresh from a week in which they broke the British transfer record on Enzo Fernandez, their eighty signing [ ... ]
football
Everton Have Put Sean Dyche In An Impossible Position With His...
The end of the January transfer window is possibly one of the worst times you can take over as the manager [ ... ]
football
De Zerbi For PM: Brighton Boss Has Skills That Would Put Our...
It is such a shame Roberto De Zerbi is Italian. Otherwise there would be a genuine case for Brighton [ ... ]
football
Robert Earnshaw Says Graham Potter Has Difficult Task To Keep...
Former Premier League striker Robert Earnshaw believes Graham Potter has a huge task on his hands to [ ... ]
football
Eddie Howe Channelling Diego Simeone With Newcastle's Antics...
Newcastle United are continually evolving under the leadership of Eddie Howe and have undergone an [ ... ]
football
Mudryk, Felix, Fernandez: What Is Chelsea's Best XI Under Graham...
Graham Potter must be feeling like Augustus Gloop in Charlie and the Chocolate Factory. Just when you [ ... ]
football
Folarin Balogun's Fine Form For Reims Will Be A Huge Boost For...
Folarin Balogun moved ahead of Kylian Mbappe as the Ligue 1 top scorer by netting a hat-trick in [ ... ]
football
Fantasy Premier League Gameweek 22: Hidden Gems From The January...
It might feel like yesterday but it has been two weeks since the last Premier League matches! With the [ ... ]
football
Sabitzer Signing Shows Man Utd Are Smarter As They Ease Into...
Manchester United have reached their first domestic cup final since 2018. After triumphing 2-0 over [ ... ]
football
The Return Of Deadline Day: Boehly's Trolley Dash, United's...
It had all started to get a bit sad. The excitement of deadline day was a collective, yellow-tied delusion [ ... ]
football
Champions Next Year? The Key Role The League Cup Has Played...
Barring a complete and utter disaster at Old Trafford, Manchester United will compete in the Carabao [ ... ]
football
Special Relationship: Jorginho Is The Latest To Move Between...
Everyone in football knows that you shouldn’t strengthen your rivals. Whether it be localised [ ... ]
football
The Sportsman's Football Power Rankings: Liverpool Slump Dumps...
Everyone's back off their winter holidays now and all hell has broken loose. European champs Real [ ... ]
football
Local Hero Sean Longstaff Sends Newcastle United To First Major...
‘Tell me ma, me ma, I won’t be home for tea, we’re going to Wembley’  St [ ... ]
football
Tony Pulis: The 'Old School' Manager Who Ripped Up The Premier...
‘Yeah, but can he do it on a cold Tuesday night at Stoke City?’ Never has one manager given [ ... ]
football
Alessia Russo And The Window Into The Future Of Women's Football...
As ever, a big transfer bid has stolen the headlines on January 31. It’s been a fair while since [ ... ]
football
Deadline Day LIVE: Latest Deals & Transfers From Around Europe
Hello and welcome to The Sportsman's Deadline Day LIVE, a blog that will be providing you with the [ ... ]
football
How The New Napoli Are Making History To Match Maradona's Sensational...
There’s something different about football in Naples. With its foreboding stadium, its fervent [ ... ]
football
A Fine Mess We've Got Ourselves Inter: Newcastle United's Intertoto...
Suffice to say it’s been a while since Newcastle United won a trophy. As the Magpies prepare to [ ... ]
football
Antonio And Bowen Impress As West Ham See Off Derby To Book...
West Ham United booked an FA Cup Fifth Round trip to Manchester United as they defeated Derby County [ ... ]