On 14 May 2017, Hull City were relegated from the Premier League back to the Championship following a 4-0 away defeat to Crystal Palace. Just over two months later, on 21 July 2017, the Tigers’ left-back left the club, having suffered the drop twice in three seasons. A 23-year-old Andy Robertson would be moving from east to west, signing for Liverpool Football Club in an initial £8m deal.

"It feels a bit surreal,” the Scotsman said. “There are no more special clubs than Liverpool. When you grow up as a kid you dream of playing with big clubs such as Liverpool and to make that a reality is a dream come true for me.

"I just want to prove to people that I can do it at this level, and hopefully I manage to do that this season and do good things for this club."

Good things came. He appeared in successive UEFA Champions League finals in his first two seasons, winning at the second attempt. For his performances in the 2018–19 Premier League season, in which Liverpool lost just once all season and finished only a point behind champions Manchester City, he was named in the PFA Team of the Year, became a fixture of Jurgen Klopp’s backline and was in the conversation as one of the best left-backs on the planet. His third season saw him play an integral role as Liverpool won the 2019–20 Premier League, ending a three-decade wait for the club. 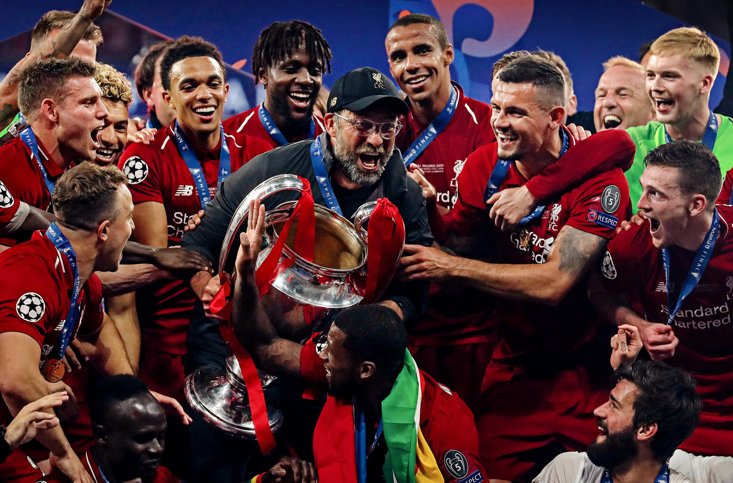 Robbo: Now You’re Gonna Believe Us is the never-before-told inside account of Liverpool’s rise to sporting immortality, as seen through the eyes of the tireless defender who has built up a cult following among the club’s worldwide fanbase. Scotland captain Robertson lifts the lid for the first time on a remarkable period in Anfield history. Until very recently, he himself had never suffered a loss at Anfield since his move to Merseyside.

From the heartbreak of Champions League final defeat to Real Madrid in 2018, through to the Reds’ first top-flight league title in 30 years and taking in the unprecedented drama of the Covid-19 enforced lockdown, this is a revealing and entertaining story that will fascinate and inspire Liverpool fans who have enjoyed their greatest period of success in a generation, with Robertson forever to be remembered as an intrinsic part of it.

From Kiev to the Kop, Robertson documents his time at the club, demonstrating that it has endeared itself to him, as he has to the club.  Furthermore, all Andy Robertson's proceeds will be given to his new charity AR26. It is a must-read for any Liverpool supporter, a chronicle straight from the mouth of the left-back who was there practically every step of the way, with that path still unending.

Robbo: Now You're Gonna Believe Us: Our Year, My Story, by Andrew Robertson, Reach Sport, £20.