West Ham United travel to Seville this evening for the first-leg of their Europa League Round of 16 tie with Sevilla and they are going to be more than aware of the challenge they have on their hands -  up against the team that boasts the most titles in the competition’s history.

The six-time champions will provide David Moyes and his Hammers side with one of their biggest tests of the season. Sevilla are flying high in La Liga, with Real Madrid the only side above them in the table. Their reputation in the Europa League precedes them and they are undoubtedly the best side on paper of the 16 teams that remain. The outstanding job that manager Julen Lopetegui has done since he arrived in 2019 has firmly put behind him the horrific short stint at Real Madrid and controversial exit from the Spanish national team before the 2018 World Cup.

Having delivered Los Nervionenses their record-extending sixth title, he and his group players know all too well how to handle themselves in these crucial knockout ties and that will give them an advantage over West Ham, for whom this game is their biggest since the Championship play-off final, a decade ago. Moyes will be wary of the threat that the Spanish club’s top scorer, Rafa Mir will pose on his defence as well as the maturity and experience of Ivan Rakitic as well as other talented players. However, there is one player in particular that the Hammers should worry about more than any other inside the Estadio Ramon Sanchez Pizjuan, attacker Anthony Martial.

The Manchester United outcast needed to escape the toxic atmosphere at Old Trafford and Sevilla offered him the perfect escape route - it was a no brainer really swapping wet and windy Manchester for the sunny Andalusia region of Spain. His game time hasn’t drastically improved at Sevilla but he has still been able to have an impact with the time he has spent on the field. In four appearances in La Liga and the Europa League combined he has found the back of the net once and registered one assist since his January switch. Unlike at Manchester United, there is real competition for places at Sevilla and Martial will have to work harder than he ever has in training to earn the trust of Lopetegui. But in his few appearances thus far, the Frenchman has had a decent return for his efforts. 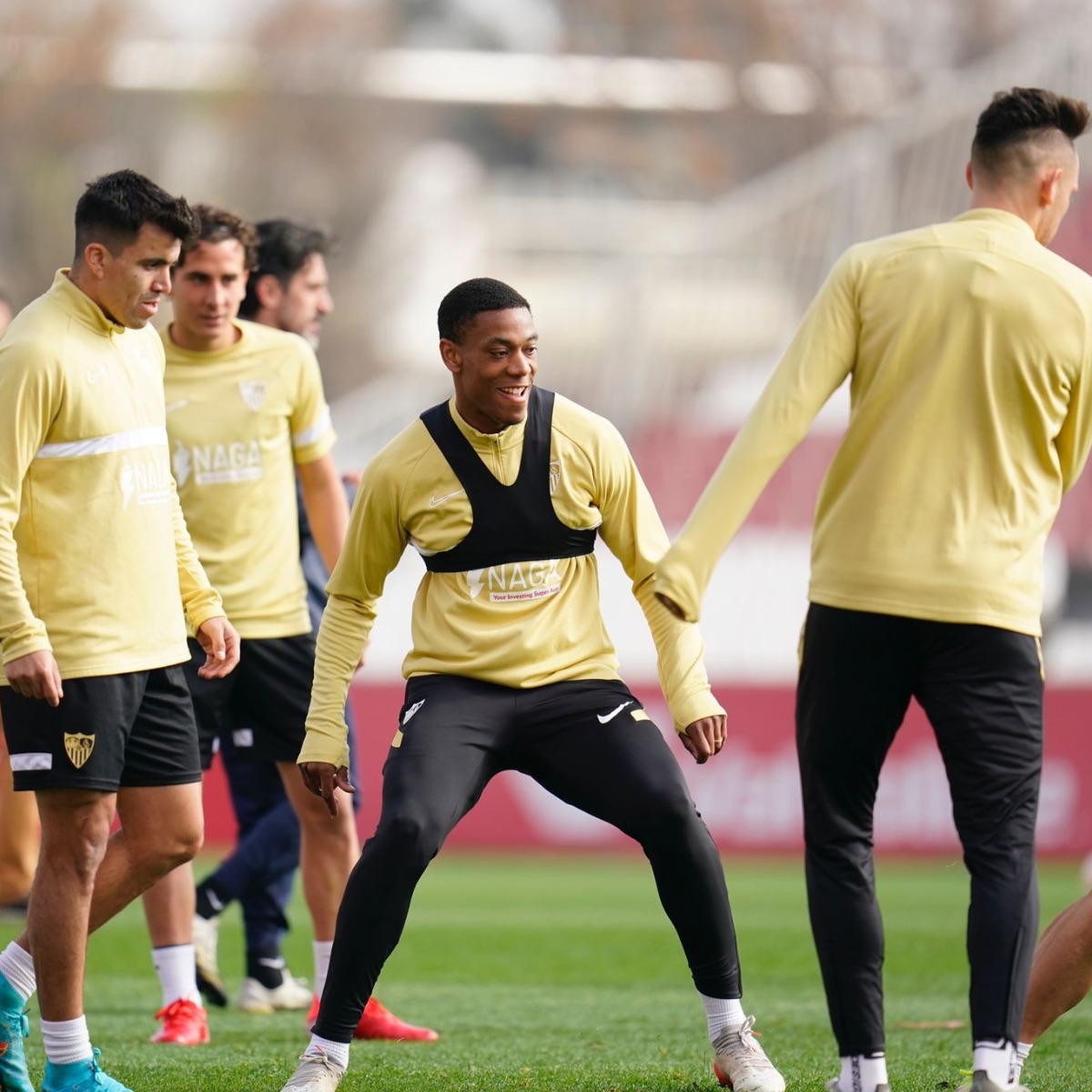 Why should West Ham be worried you may ask? Perhaps it is something to do with the 26-year-old’s impressive record in front of goal against the Hammers. Martial has tormented them over the last seven years, scoring six goals against them in all competitions which includes three in five cup matches. It was only Everton that he had scored more against during his time in England and this is something that will set alarm bells ringing for Moyes and the Hammers supporters that have made the trip to Spain. Martial was thought to be a doubt for the game having missed Sevilla’s recent two league matches with a muscle injury but on Wednesday afternoon he was named in Lopetegui’s 22-man squad.

To add more dread into the mind of the West Ham boss, Martial has also provided five assists against them, the most against any team he has faced in 13 appearances against the east London outfit. His seemingly inevitable return is likely to provide Moyes and his players with a headache in trying to guess which starting XI they will face tonight but if he features, Martial will be a thorn in their side once again in a game that is crucial to both him and his team. Against a familiar foe, a strong performance against the Hammers could be the catalyst for the final two months of his loan spell in Seville which will only better his chances of a permanent exit from Manchester United in the summer. It truly is all to play for.

Sevilla are 6/1 to win the Europa League with Betfred*