Football
News
If Martial can hit the ground running in La Liga, both Sevilla and United will reap the rewards
Joey Mills
15:02, 25 Jan 2022

Anthony Martial has got his wish. The France international has joined Sevilla on loan from Manchester United until the end of the season. The striker’s departure is no surprise, as Martial has been agitating for a move since the January transfer window opened. This is a rare piece of business that appears to suit all parties involved, with both clubs involved, and the player, all set to reap considerable benefits.

United have got Martial’s full £240,000 a week salary off their wage bill for the remainder of the season. The deal had initially stalled over the Spanish club only being willing to meet half of this amount, but it is understood that while no loan fee is involved, they will be paying the player’s entire wage. They have also moved on a player who blatantly did not want to be at the club.

Martial has only featured in eight Premier League games this season, and has not played at all since interim manager Ralf Rangnick took over in November. Neither club nor player was benefitting from the relationship in its present form, so a trial separation feels like the best outcome for all parties.

United get a hefty wage off the books and a disenfranchised player out of the dressing room, and Martial gets a second chance. The 26-year-old has undoubted talent. Nobody is questioning the footballer that lies beneath his often sullen exterior. But Martial is the quintessential confidence player. When he is in-form and playing every week, he can be a joy to watch. 17 league goals in 32 games during the pandemic-blighted 2019/20 season showed what Martial can do in a side where he is the first-choice number nine.

That number nine has had a deeper impact for Martial. The player blows hot and cold, peaks of blistering form followed by nadirs of disinterest. One of the latter arrived in 2016/17. Having impressed in his debut season the previous year wearing the number nine on his back, Martial’s favoured squad number was taken by marquee signing Zlatan Ibrahimovic in his second. The Frenchman was reportedly disheartened by having the number, a central point of his “brand” on social media and in merchandise, taken from him. This reflected in his performances, as second season syndrome saw him score just four times in 25 league appearances. 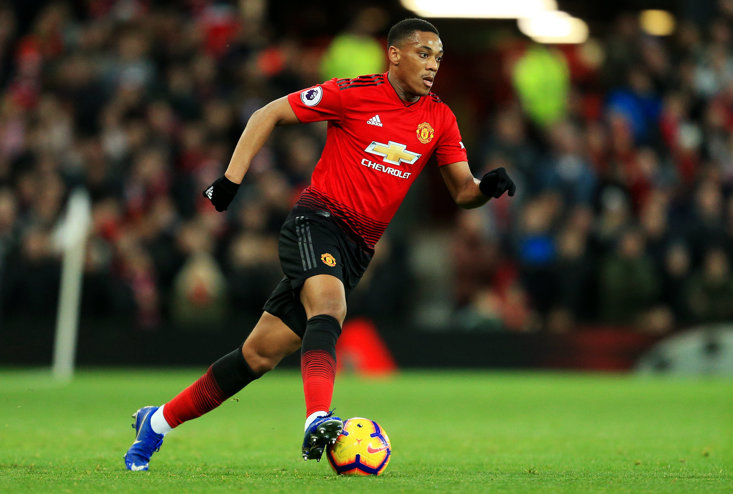 A similar switch from lethal frontman to frowning fringe player took place in the season following his pandemic heroics. In the summer of 2020, United signed Edinson Cavani to bolster their options in attack. Rather than take the transfer as a gauntlet being laid down, Martial disappeared into himself and once again only managed four league strikes. The conclusion is that when Martial feels like his side’s most vital attacker, he lifts his performances to reflect that. When there is a hint of competition for his place, he regresses.

When Cristiano Ronaldo returned to Old Trafford this summer, the writing was on the wall. Martial was already struggling to find a way past Cavani and Mason Greenwood into United’s frontline. The addition of one of the all-time great forwards was only going to have one effect on the former Monaco man. So it proved, as Martial has struggled once again to make his presence felt. This is why a move to Sevilla could not have arrived at a more opportune time.

Martial will be viewed as a major asset in Andalusia. His new team currently sit second in La Liga, just four points behind leaders Real Madrid. A player of Martial’s quality and profile has not been signed just to play a bit part in this unlikely title challenge. Sevilla will be relying on the United star to hit the ground running in his new home. There are no excuses for the French forward now. Martial is at a team that will treat him like a prized asset, not as back-up to a more illustrious name. While his favoured shirt number already belongs to fellow new arrival Jesus Corona, Martial will be made to feel like a star in all other aspects of his stay. If past performances are anything to go by, Sevilla could reap some serious rewards from a happy and content Anthony Martial.

This outcome would also be fantastic news for Manchester United. While Martial taking La Liga by storm would cause widespread schadenfreude, with fans falling over themselves to laugh at United for letting him go, it would also be the best thing for the club in the long-term. Martial returning after a successful spell could go one of two ways. Either the player attracts lucrative transfer offers and is sold on for a large fee. Or perhaps when Rangnick moves into his consultant role, the new Manchester United manager finds room in his plans for his on-form striker. Either way, Martial storming Sevilla would be great news for all involved.

Martial’s loan to Sevilla is a rare commodity, particularly in a January transfer window. It is a well-thought out deal that benefits everyone involved, without the smack of desperation often associated with mid-season business. It is down to Martial now. If he reaches the sort of form he has displayed in his best United moments, this will be an inspired piece of business.