It’s three goals in three games for the Frenchman who seems to have immediately found a role in the Dutch manager’s new system in the absence of star striker Cristiano Ronaldo, who remains AWOL.

The goal against the Eagles saw Martial finishing off a well-constructed team move after newly signed left-back Tyrell Malacia switched the ball across the penalty box to Diogo Dalot. The Portuguese full-back scooped a cross over the Palace defence to Martial, who caught the ball on his chest and finished on the volley. 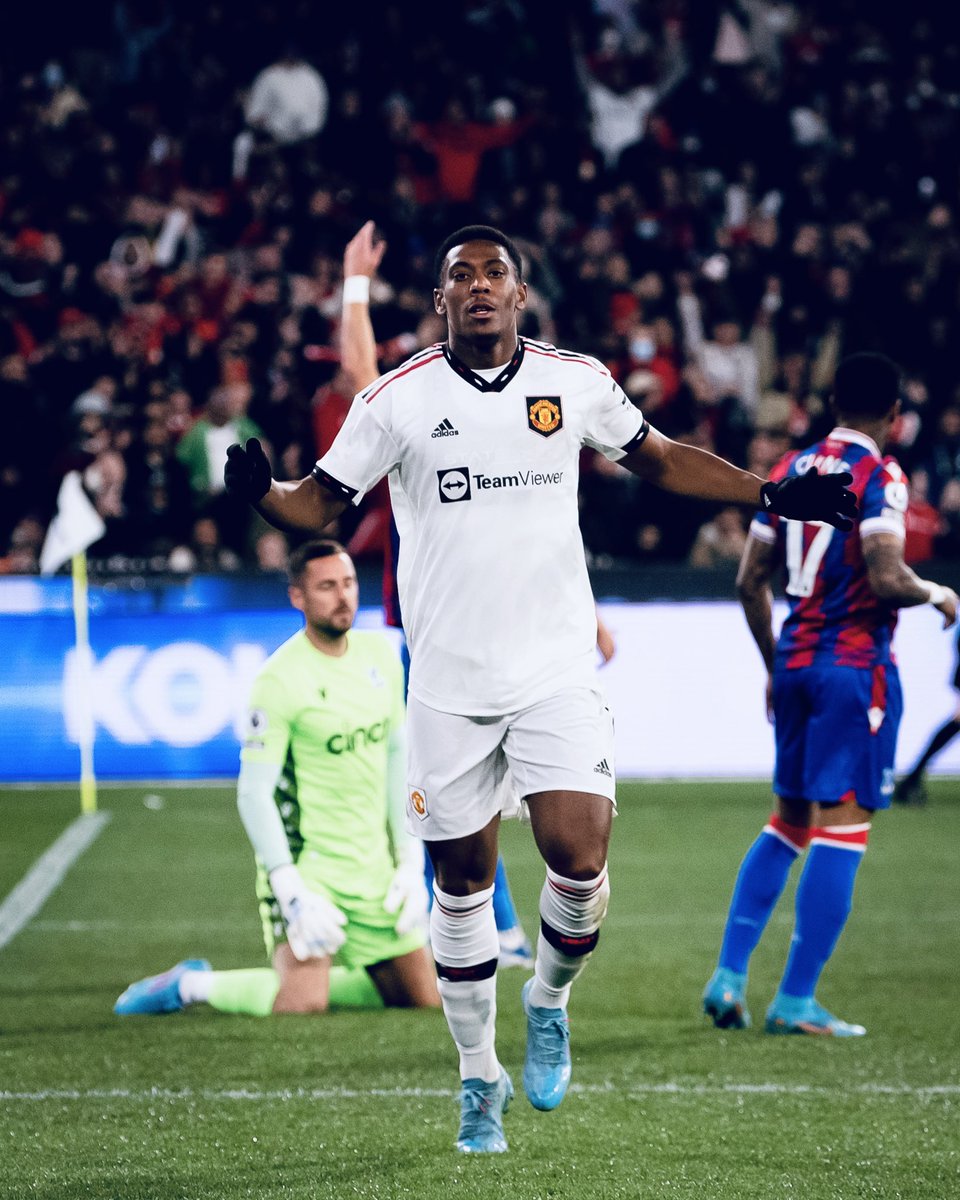 It wasn’t his only involvement in today’s game however, as he managed to grab an assist before departing the field on the 60th minute. Martial played in Jadon Sancho for United’s third goal against Palace, and also played a key pass in the box that set up a Donny van der Beek assist.

His previous two goals came against Liverpool and Melbourne Victory, with both goals showing the kind of attacking impetus that the new manager is imposing on the squad. The strike against Liverpool was set-up by his own press that won him the ball back around 30 yards out, before running at Alisson and chipping the ball just out of reach of the Brazilian shot stopper.

Against Melbourne, it was a different kind of goal that saw him in the right place at the right time. A scrambled cross from Dalot was flicked on by Anthony Elanga with a little bit of good fortune, and Martial was left unmarked at the back post ready to fire.

Despite his good performances, these goals have still arrived from pre-season fixtures, and the praise levelled at the Frenchman can only really be ratified by the amount of stock you put into pre-season friendlies and how serious they are. It’s yet to be seen whether he will be Manchester United’s starting striker going into the Premier League season, or if he will translate the form he’s shown into top-flight football once again.

The signs are good, and the new style of play is there for the Red Devils, and there’s plenty to be excited about right now if you’re a Manchester United fan.