Football
News
Although far from a finished-product, the future is bright for La Albiceleste
Graham Ruthven
13:00, 15 Nov 2019

The early signs for Argentina were bad. Really bad. A lifeless defeat to Colombia in the opening game of their 2019 Copa America hinted at a catastrophic tournament for La Albiceleste with a disappointing 1-1 draw with Paraguay in the following game only deepening the sense of malaise around the Argentine national team.

And yet glimpses of the country’s footballing future were afforded as the summer’s Copa America unfolded. Argentina were hardly at their vintage best, but by making the semi-finals, earning victories over Qatar, Venezuela and Chile in the third-place play-off, they avoided the sort of abject humiliation that looked likely early on in the tournament.

At 5pm today, Argentina will come up against the team that put them out of the Copa America at the semi-final stage, Brazil. Lionel Messi is expected to make his first appearance for La Albiceleste since that night in Belo Horizonte having served a three-month suspension meted out to him by CONMEBOL for controversial comments made after the summer tournament.

“There is no doubt, the whole thing is set up for Brazil,” he told reporters after Argentina’s exit.

“I did not want to be part of this corruption, we shouldn't have to be part of this disrespect we suffered during the Copa America. We could have gone further but we weren't allowed into the final. Corruption, referees and all the rest stopped people from enjoying the football.”

Those comments unsurprisingly didn’t go down well with the governing body, who swiftly took action. Messi’s three-month ban has, perhaps surprisingly, led to an upturn in form for Argentina, who have gone unbeaten in their four friendly games since the Copa America, including securing draws with Chile and Germany. 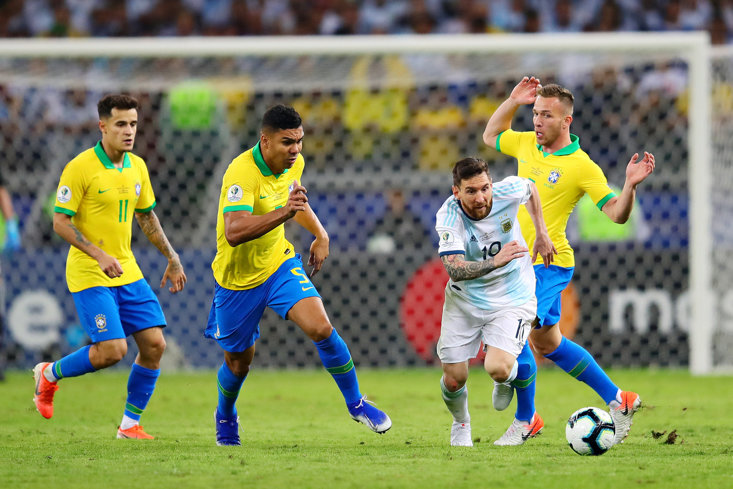 But this match must be about more than Messi’s return for Argentina. He might be their best player, their greatest ever player, but La Albiceleste must resume the work they started at the Copa America. Argentina must forge a path for the future or risk going another generation without success at international level.

In Lautaro Martinez, they have a player to carry some of the weight on Messi’s shoulders. The 22-year-old made his Albiceleste breakthrough at the Copa America, scoring in the wins over Qatar and Venezuela, and has carried that form into the new season, netting eight times in 16 games for Antonio Conte’s Inter side.

Of course, Argentina has produced more world-class strikers than any other country over the past 15 years (Sergio Aguero, Gonzalo Higuain, Mauro Icardi, Carlos Tevez), but they have failed to truly harness any of them at international level. La Albiceleste must do more to ensure they get the best out of Martinez.

Factor in Giovani Lo Celso, Lucas Ocampos, Rodrigo De Paul and Nicolas Tagliafico among a few others, as well as the likes of Paulo Dybala, Angel di Maria and of course Messi, and Argentina have the basis upon which to build a strong team upon. Structural issues certainly still exist at an executive level, with Argentinean football at a critical juncture in its recent history, but the national team still has reason to be optimistic. Victory over Brazil in Saudi Arabia on Friday would prove this.