Football
News
The Gunners need to move quick for the in-form Serbian who will be closely monitored by many of Europe's biggest clubs
Conor Keane
16:05, 17 Jan 2022

Mikel Arteta is building something at Arsenal. After many years of mediocrity and being out of contention for the Premier League title, or making a splash in Europe, the Spaniard is looking to restore the Gunners to their former glory.

There is yet to be any transfer business at the Emirates Stadium this month, but that doesn’t mean that the club aren’t working behind the scenes to bolster Arteta’s squad in a bid for a top four finish. Most Arsenal fans would agree that the most pressing area of the pitch that needs strengthening is the attack, particularly in terms of strikers.

Former captain Pierre-Emerick Aubameyang remains exiled from the first-team squad due to his latest disciplinary breach. He has been in Cameroon with Gabon for the African Cup of Nations but he will be returning to Arsenal due to ongoing health issues. On top of that, two of their other recognised senior strikers, Alexandre Lacazette and Eddie Nketiah, are into the final six months of their current contracts. There has been no inclination that either player will remain in north London come the beginning of the 2022-23 season.

This leaves Arteta in a tricky situation. The duo are very likely to leave at the end of the season, or possibly this month. Nketiah has been tracked by several clubs and Borussia Monchengladbach are believed to have already had a bid knocked back for him. Arsenal could leave themselves pretty thin in the forward department soon, but it is reported they are formulating a plan to bring in one of Europe’s hottest goalscorers this month. 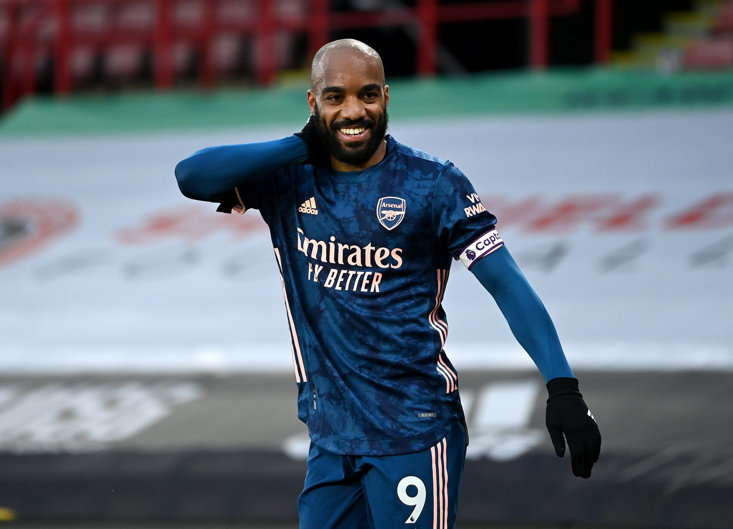 Fiorentina striker Dusan Vlahovic has been a man possessed this season, with 19 goals to his name already in all domestic competitions. He is Arsenal’s priority transfer target this month, but the in-form Serbian will be closely followed by almost every European giant in the game right now.

At just 21 years of age, Vlahovic is already establishing himself as one of Europe’s most clinical forwards, and with years of further development ahead of him, most clubs will be looking to pry him away from Fiorentina now before his price tag multiplies. We have seen the Gunners make giant strides this term under Arteta after a horror start to the campaign, and a marquee signing like Vlahovic would signify that they have rediscovered their pulling power. If he were to join the Premier League side, he would considerably make them better.

While standing at 6’3”, Vlahovic is not one-dimensional when it comes to centre-forward play. His height and physicality are of course great for him receiving the ball in tight areas, as well as set-pieces and crosses from open play. But he is surprisingly quick for such a big lad and he is technically gifted with the ball at his feet, which is why his ceiling is so high.

With him being a perfect all-round striker, he can suit many different styles and formations because he has the skillset to adapt to any style. Whether it would be holding the ball up high up the pitch, bringing others into play or playing quickly on the counter-attack – his undoubted quality would wreak havoc on rival defences.

Arsenal have just two weeks left to thrash out a deal for the 21-year-old, and the supporters are desperate for the deal to go through. Not only would his arrival bring goals and excellent quality in the final third, it would be carrying on the club’s current blueprint of building a team of young, hungry players which is proving to be a success this year and the core group of players are only going to get better.

The Gunners’ most recent offer is believed to have been £50million, plus midfielder Lucas Torreira, who is currently on loan at Fiorentina. With half the month already gone, it’ll be a race against time to get all parties on board with this deal and get it over the line. It’ll be interesting to see how far Arsenal are willing to go to sign their number one target.

Arsenal are 7/4 for a top four finish with Betfred*