Football
News
There are 29 bosses in the top four leagues who once played for their current employers
Kris Voakes
14:01, 01 Jan 2020

Call it the sentimental choice. Call it the desire to have a club’s values represented from the top down. Call it what you want, the trend of English clubs employing their former playing stars as manager shows no sign of abating.

Wednesday night’s clash between Arsenal and Manchester United throws together two of the more high-profile examples. Mikel Arteta’s recent appointment as the Gunners’ boss came one year and one day after United’s decision to turn to Ole Gunnar Solskjaer in a move which is still being debated far and wide.

There are currently 29 managers across the 91 Premier League and Football League clubs who previously earned their corn as players at their current clubs, meaning 32% of English sides have gone down the same route. But how much does the trend actually work, and is it the right way forward for sides in the top flight?

Solskjaer’s arrival at Old Trafford as caretaker boss following Jose Mourinho’s dismissal in December 2018 was something of an outlier at the time. While Eddie Howe and Roy Hodgson were already in charge of former clubs in the Premier League, Howe had dragged Bournemouth up from the lower leagues while Hodgson appeared to be the most qualified choice for Crystal Palace regardless of his playing spell at Selhurst Park in the mid-1960s.

The Norwegian enjoyed a flying start despite his relative lack of top managerial experience and was handed the permanent reins at a time United’s form had actually begun to taper off.

“It was an honour to be a Manchester United player, and then to start my coaching career here,” Solskjaer upon signing his three-year contract. “This is the job that I always dreamed of doing and I’m beyond excited to have the chance to lead the club long-term and hopefully deliver the continued success that our amazing fans deserve.”

But results haven’t gone too great for Solskjaer since his appointment. Discounting matches in the second-tier Europa League competition, United have won 12, drawn 10 and lost 11 under the Norwegian since they decided to hand him the long-term gig.

Still, Chelsea followed United’s lead by appointing Frank Lampard in the summer on the back of a single season in charge of Derby County, with the Blues seemingly going for a fan-pleasing choice at a time when they were banned from bringing new signings to the club. Things started well enough for the midfield legend but five defeats in the last eight games have undermined Lampard’s record thus far. 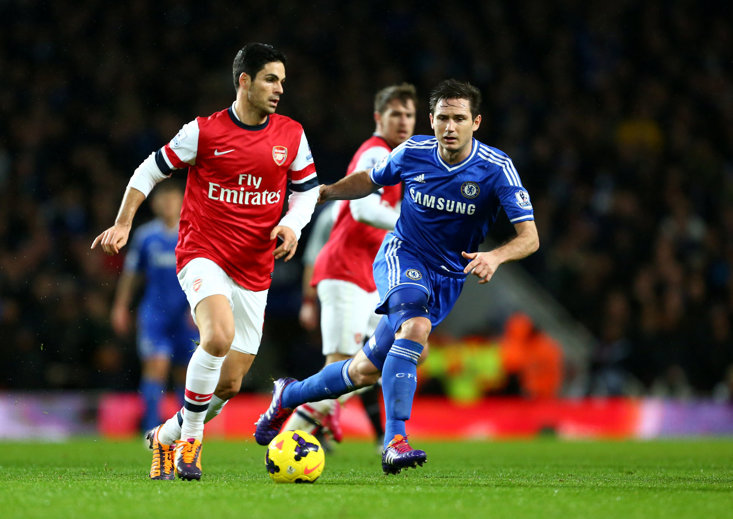 Arteta is the third of the ‘new generation’ after Solskjaer and Lampard, and while United and Chelsea sat fifth and fourth respectively in the league table going into the New Year’s Day fixtures, there is a feeling that the Spaniard will have to buck the current trend rather than follow it if he is to be a success.

“I completely understand their concern,” Arteta said in his introductory press conference when asked about the worry some supporters expressed over his lack of managerial experience. “That’s the only thing I can say, but I will try to convince them that I am prepared. I wouldn’t be sitting here if I honestly didn’t think I’m prepared to take this responsibility. I will burn every drop of blood for this football club to make it better.”

Is that what clubs need these days? Do they need spilt blood from the manager down in order to get results? Has passion for the cause been an overlooked commodity for too long in these times of increased tactical analysis and sabermetrics?

The likes of Arteta and Solskjaer will provide notable benchmarks when this era of club hero managers is judged to be either a widespread success or a sentimental failure.