Football
News
We caught up with @kevdavis736 to ask about his expectations for the Gunners this year
Sam Penfold
12:05, 02 Aug 2022

In this edition we catch up with ‘Gooner Kev’ to ask him about Arsenal’s key men and his Premier League predictions.

Arsenal narrowly missed out on Champions League football last term, but Mikel Arteta will be hoping new signing Gabriel Jesus will help fire the Gunners back into the top four.

Many people who know me know I’m always positive even when Arsenal aren’t doing well. I would be happy with a top four finish, a decent run in a domestic cup (finalists in the FA Cup or League Cup) and also have a competitive run in the Europa League as a back up plan if the top four is out of range. That will give us an additional opportunity to qualify for the Champions League. I’m going for 4th in the Premier League. 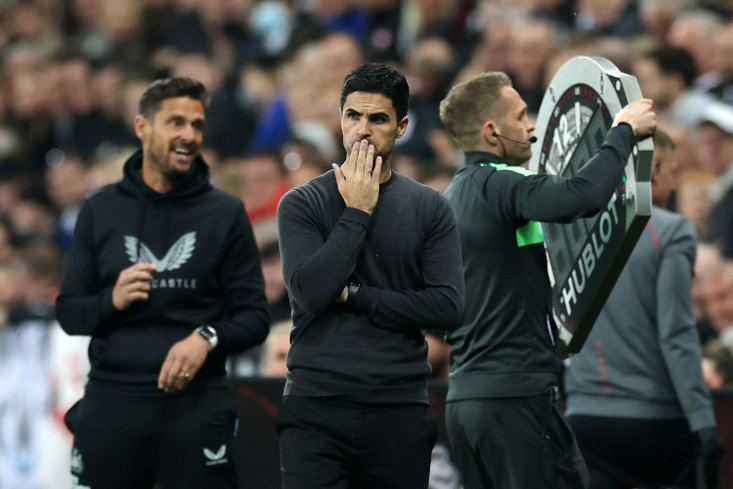 At Arsenal, I would say Gabriel Jesus. He hasn’t been overly prolific with Manchester City, but he will be the main man at Arsenal. I believe with Arsenal’s creative players, Jesus will thrive.

The player I believe will have the best season in the Premier League is Erling Haaland - the man is a lethal finisher and with the crazy quality Manchester City have at their disposal, he will thrive.

Arsenal player, I’m predicting Oleksandr Zinchenko. I honestly believe his versatility and quality will provide Arsenal with much needed solutions to problematic situations within the squad, especially when injuries happen or form drops. I thought he was one of the most underestimated players of last season.

Overall, the player that I believe will surprise other fans/pundits will be Luis Díaz. He really hit the ground running when he joined Liverpool in January, but perhaps ran out of steam towards the end of the season. I think he will step up to another level this season, and could be more important for Liverpool than Mo Salah.

I still honestly believe that Manchester City and Liverpool are in a league of their own and, even though both sides have sold important players, they have also strengthened their squads. I believe Manchester City have the edge, especially if Erling Haaland starts strongly.

Unfortunately I see Fulham similar to Norwich, teams who seem to gain promotion one season and then get relegated the next. I think Brentford and Bournemouth may also struggle.