Football
News
We caught up with @BenWebbLFC to ask him what he is expecting from Liverpool this year
Sam Penfold
12:05, 04 Aug 2022

In this edition we catch up with @BenWebbLFC to ask them about the Reds' key men and their Premier League predictions.

Liverpool came ever so close to Premier League glory last season and it’s looking like the title race will be hotly contested this time around too. Jurgen Klopp’s side have recruited Darwin Nunez, Calvin Ramsey and Fabio Carvalho to their ranks but many fans would like to see them bring in another central midfielder before the end of the window. How they cope without Sadio Mane will be interesting to watch but Klopp is not one to depend on a single player for results and his system looks more than complete with Luis Diaz on the left wing. Injuries to their key figures such as Van Dijk, Fabinho or Mo Salah would likely be Liverpool’s biggest threat. Get the popcorn ready folks.

I’m very optimistic ahead of the upcoming season, and I’m fully prepared for another nerve-wracking, exhilarating, sometimes euphoric, sometimes excruciating title race between Liverpool and Manchester City. I feel like regardless of how well other teams have strengthened during this transfer window (particularly Tottenham, Arsenal, and Chelsea), it’ll still come down to the unrelenting endurance and experience that Liverpool and City have evidenced over the last few seasons. In terms of which colour ribbons, I think the Premier League trophy will be donning in May next year, I have a feeling, admittedly, a biased feeling, that those Premier League ribbons will be in the glorious red of Liverpool. 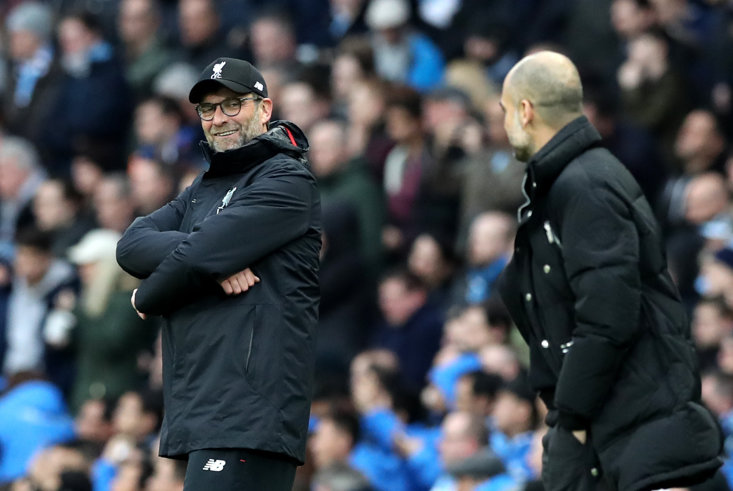 Trent Alexander-Arnold has continually improved every season and is arguably the best full-back in world football right now. I see no reason why he won’t continue the upward trajectory in his performances. As a caveat, I also think that the aerial threat from Darwin Nunez and savviness from Diogo Jota in the air will only increase his already phenomenal number of assists, along with the confidence and stability of retaining his right-sided partnership with Mohamed Salah for the foreseeable future. Once upon a time, I thought Trent was destined for a midfield role, with his laser-precise passing, game control and proactive attacking vision, but those thoughts have completely diminished and I’m now of the thinking that he should stay at full-back and continue to dominate games and break records for Liverpool for the entirety of his career.

Which player do you think will surprise other fans/pundits this season and Why?

Darwin Nunez. Looking at the ridiculous critique he attracted from a handful of minutes during preseason (well, until he scored four in 45-minutes, anyway), I think it’s purely wishful thinking considering how efficient Liverpool’s transfer record has been the last few years. He’s a physical specimen and has all the instincts, characteristics, and movements of a traditional frontman, and most importantly knows how to put the ball in the back of the net. He looked sensational when he played against Liverpool in the Champions League and was a constant threat and thorn in the side of our defence. Hence the thinking that now he’s playing in such a strong Liverpool team, he’ll absolutely thrive. I genuinely believe he’ll surpass the 20-goal mark this season with the likes of Trent, Robertson and Tsimikas whipping crosses in and surrounded with the creativity of Salah, Diaz, Firmino, Jota. A random one, but I can see Yves Bissouma having a very good season for Tottenham. He’s a perfect fit for them and Antonio Conte, and really strengthens the spine of their team.

It’s out of Liverpool and City and I think Liverpool can just about edge this title race, although we’ll need a slice of luck on the injury front, particularly the midfield and the winter World Cup may cause disruption or hinder our momentum. It’ll be very, very close, regardless. Can envisage Tottenham and Arsenal battling it out for 3rd and 4th.