Football
News
Giovanni van Bronckhorst will hope to have his side a lot closer to rivals Celtic this year
Sam Penfold
14:50, 27 Jul 2022

As the new Scottish Premiership season creeps ever closer, we’ve decided to check in with fans of the two Glasgow giants to get their opinions on everything from their expectations to the league’s winners and losers.

In this edition we catch up with Rangers fan group @ThisIsIbrox to ask them about Rangers’ key men and their Scottish Premiership predictions.

Rangers were pipped to the league title last season by Celtic, as they came agonisingly close to Europa League glory in Seville. The additions of Ben Davies, Rabbi Matondo, Antonio Colak and Tom Lawrence as well as other new signings provides Giovanni van Bronckhorst with a squad that is more than capable of toppling The Hoops in 22/23.

Rangers will win the league this season, I think Rangers fans up and down the country are quite confident of that, we've built a stronger squad than we had last season. Considerably stronger squad than last season. Last season it did end up very close and had bad points not been dropped against Hearts, Motherwell, Ross County. Rangers would've won the league last season, I don't think there's any doubt about that. I think Giovanni's built a squad that can look after those games a bit better this season. And for that reason, I think Rangers fans can be quite content that they will win 56 this year. And yeah, I think we can be quite confident about that. 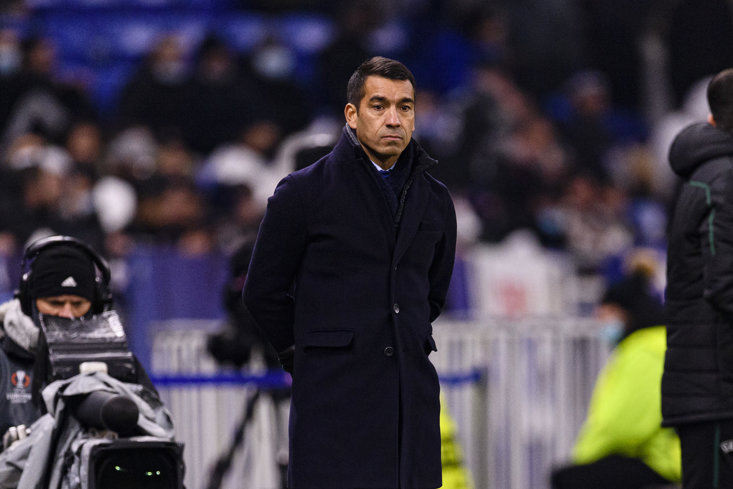 I think it's a big season for Ryan Kent this year. Regularly it’s spoken about how he works hard, his numbers don't reflect just what he should almost get, if that makes sense and I think he'll get it this year. I do think Ryan Kent is in for a huge season, started pre-season really well and was impressive against West Ham at Ibrox last Tuesday evening. I think again and we'll get all the things that we know with Ryan Kent, all the bells and whistles. The step-overs, the work rate. If he adds numbers to his game I think it'll be a huge season for Ryan Kent and hopefully this is the season we see that.

I'm going to pick two actually here if I can and I think Antonio Colak in the first instance will surprise a lot of fans and pundits. I do think a lot people maybe fancy them to come in and play understudy to Alfredo Morelos and potentially even Kemar Roofe, taking into account both [players] injury status at this moment, are not great, particularly with Roofe. I think you'll see him (Colak) a lot more and I think he'll score a lot more than what maybe people believe as well. I think he'll prove to be an astute bit of business and I think he'll play more often than not and I think he'll surprise people.

The other person I would throw in the mix would be John Souttar. I think a lot of people are largely mentioning Ben Davies and Connor Goldson as the centre-half pairing for Rangers. I don't think there's any doubt that John Souttar is normally a million miles away from that discussion and I think he'll play a decent amount of games for the club as well. There's a stigma over his injury record, of course I actually think if you look into the stats, last season he played north of 50 games for Hearts so his injury record, I would suggest, is not as bad as what people, in recent times, have suggested. I think you see a lot more of John Souttar next season than what people actually think.

Which team will win the league and who will be relegated?

As I've said, Rangers will win the league. I think they'll do it comfortably, I suspect a gap of maybe 7, 8, 9 points in the end. A lot of the time people think that the Old Firm games largely direct where the Championship goes come May. I think these games largely look after themselves and it will be about what both Rangers and indeed Celtic do in these games against the smaller teams. And as I said, I think Rangers now have a bigger squad to deal with these games better and hopefully look to dismantle these teams as early as possible.

Who will get relegated?

I think it's going to be a long season for Livingston this year. I can't really explain why, to be honest with you. I just think they kinda ebbed and flowed a little bit last season until they really struggled I think as the season went towards the end, so, I think Livingston will be relegated from the top league this year.