Football
News
Wales' 2-0 win over Turkey means they are close to another trip to the knockout stage
Gary Maiden
18:56, 16 Jun 2021

Gareth Bale missed a penalty but assisted both goals as Wales beat Turkey 2-0 in Baku to all but confirm their place in the knockout stage of Euro 2020.

Aaron Ramsey and Connor Roberts scored in either half to clinch Wales’ first victory over the Turks in 40 years, which all but confirms their spot in the last 16 as Robert Page’s men look to repeat the run of 2016 that took them all the way to the semi-finals.

In 31-degree heat, and in front of more than 30,000 vibrant Turkey fans, it was Wales who started the better of the two sides with Bale and Ramsey showing their unquestionable quality inside the opening 10 minutes.

Bale did brilliantly to find Ramsey free inside the area, with the Juventus man turning Caglar Soyuncu only to fire straight at Uğurcan Çakır when the far corner was gaping.

An unchanged Wales thought they had won a penalty with 15 minutes on the clock when Bale’s header strook Soyuncu on the hand with the men in yellow pleading with referee Artur Dias to point to the spot. He didn’t, and the VAR deemed that the handball was an accidental one.

Manchester United winger Daniel James was central to a lot of the Welsh attacking play, but it was the combination of Bale and Ramsey that should have seen Page’s men take the lead midway through the first half, as Ramsey latched onto a Bale through-ball only to smash his effort over the bar. It was a real 'head in your hands' moment as a player of Ramsey’s quality ought to have opened his Euros account. 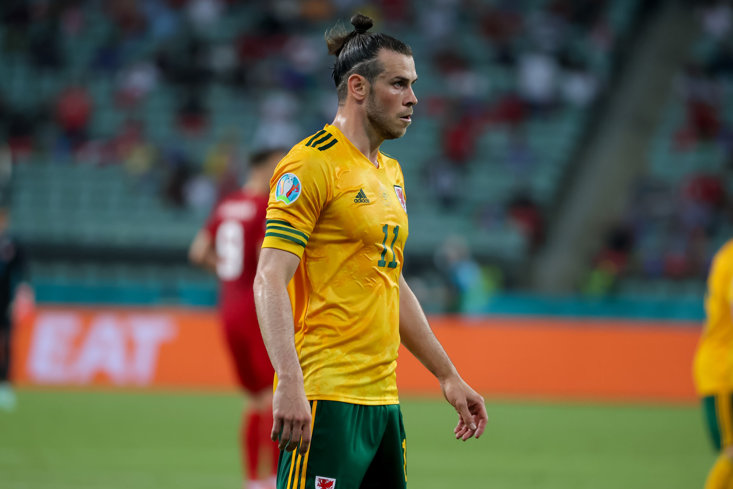 It was third time lucky for the former Arsenal midfielder soon after though when he beat the offside trap to once again to rush onto a beautiful Bale pass over the top, and this time the 30-year-old kept his cool to clip a cute finish over the onrushing Çakır.

Ramsey has now either scored or assisted in six of the Dragons’ 13 goals in European Championship history. Talk about a big game player.

Turkey, knowing that a defeat in Baku would leave them with a mountain to climb in a competition that they were tipped to fare well in, continued to press and Burak Yilmaz missed a golden opportunity to equalise when he blazed his volleyed effort over the bar.

With just over half an hour left to play, Ramsey could and perhaps should have put the result beyond doubt when his swivelled shot forced a fine save from Çakır. If that was a good opportunity to double their lead, what happened next was a golden one.

Bale powered towards the Turkish defence and was brought down inches inside the area. The Welsh fans dreaming of another run to the latter stages were soon brought crashing down to earth when the Spurs loanee sent his spot-kick sailing over the bar. It is a moment that Bale won’t want look back on with any sort of fondness, as his effort would probably still have gone over if another goal frame was stacked on top of the existing one.

The four-time Champions League winner almost made amends instantly when he charged down a Çakır clearance only for the ball to deflect agonisingly wide of the far post.

With three minutes of regular time left to play, Danny Ward pulled off a spectacular save from Merih Demiral to keep a desperate Turkey at bay, and in stoppage time Connor Roberts slid home the clincher after Bale's superb run along the byline through the Turkey defence.

Could Wales repeat the heroics of 2016 that saw them reach the last four?

If their superstars continue to link up in the same way that they did in dispatching a talented Turkish outfit, they just might.