Football
News
We almost certainly have not seen the last viral van Gaal moment, if the early part of his Netherlands return is anything to go by
Joey Mills
17:05, 07 Sep 2021

Louis van Gaal’s return to management has already provided a great deal of entertainment. The Netherlands manager congratulated Utrecht midfielder Quinten Timber on being vaccinated by saying, “Thank god you’re not an idiot”. He animatedly spoke of the need for his defence to function like a “steering wheel”, while miming driving a car to an amused interviewer. This week he has topped it all off by tearing into a journalist who suggested he wanted to mimic what the reporter perceived as Chelsea’s ‘defensive’ style.

Fans on these shores are familiar with the whirlwind of controversy and comedy that ‘LVG’ can conjure. His two-season spell at Manchester United saw more entertainment off the pitch than on it at times. While van Gaal’s turgid, possession-based football felt at odds with the attacking demands of Red Devils fans, his remonstrations and outbursts filled plenty of column inches during his Premier League excursion.

Is the Dutchman’s United legacy as a figure-of-fun first and a manager second slightly unfair? Perhaps. While the Old Trafford club were often somnambulic in their play, he did enjoy some scattered successes. A fourth-placed finish in his first season in charge was an improvement on the previous campaign, and restored United to the Champions League. While league form declined in the season that followed, with United finishing fifth, van Gaal did capture the club’s first FA Cup since 2004. 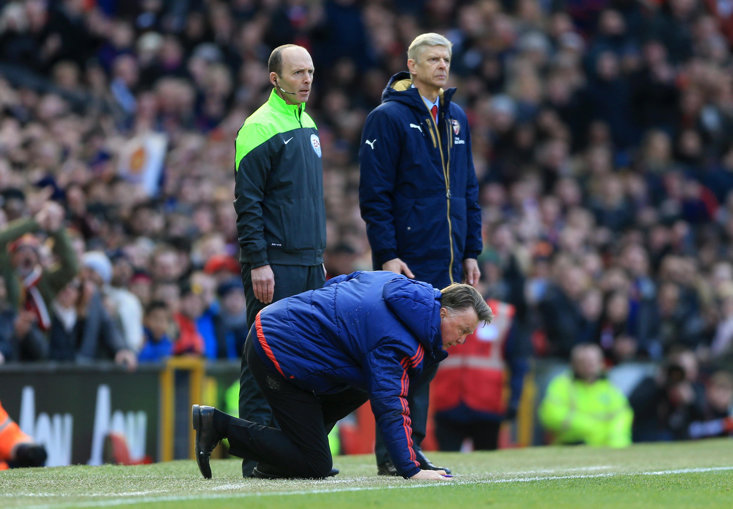 The quality of football, and the club’s tame Champions League performance, means the van Gaal stint is not fondly remembered on the pitch. But the memories he provided away from games live on in Manchester. This week’s rumble with a journalist evoked memories of the time he called a writer “fat man” for criticising Wayne Rooney, or the time he play-slapped another scribe who suggested signing Ashley Cole as a replacement for the injured Luke Shaw.

We almost certainly have not seen the last viral Louis van Gaal moment, if the early part of his Netherlands return is anything to go by. When he was racking up silverware with Ajax and Barcelona in the 1990s, his coaching methods put van Gaal ahead of his time. And by becoming the first manager to lend himself so beautifully to internet meme culture, he has arguably remained so.