England v Italy… less than 12 months on from the European Championship final, we have the two proud countries facing off once more. Only this time it’s not the pinnacle of a three-year climb to the top of the international game, it’s a Nations League group game. And it’s not taking place amid a fervent atmosphere, it’s behind closed doors.

Uefa have started taking to ‘behind closed doors’ in a very loose manner, inviting schoolchildren and their guardians to populate the stands that ought to be empty. You can see what they were trying to do in bringing in the ruling, but its messaging is foggy at best.

·  England are lucky to have Southgate

Sure, the culprits miss out. Just as the racists who marred Hungary’s hosting of Euro 2020 group games were not permitted to attend England’s recent trip to Budapest, on Saturday night at Molineux there will be none of the thugs who broke into Wembley at the Euro final and fought with security staff in order to enter the ground without tickets, not to mention the other countless examples of disorder seen on a shameful day in London. 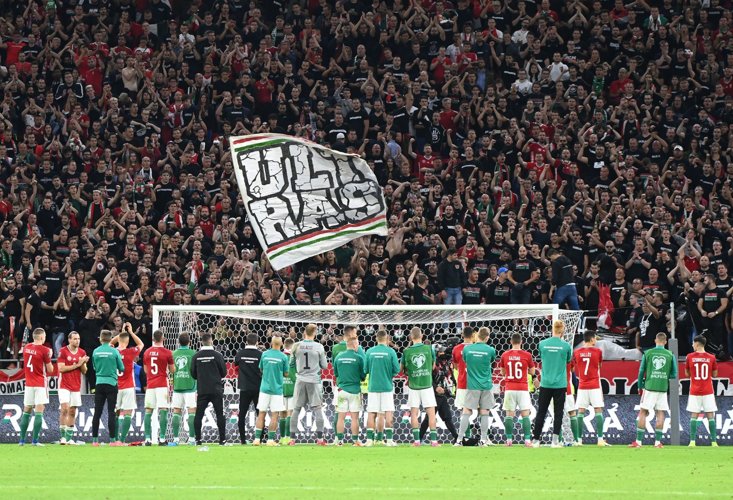 But Hungarian football deserved the consequences of its national side playing in front of exactly nobody, and England deserve the same. The idea of playing to empty stands is to enact a punishment not just for the perpetrators of the unlawful acts but also for the authorities who failed to either anticipate or react.

When the rest of the world looks on at these games, they should be asking the questions as to why there are no fans and receiving the clear message that lawlessness has no place in society. This is not meant to be a feel-good story about football’s community outreach. It is supposed to be education in the right and wrong way to act in and around a football stadium, and every single person who enters a ground – adult or child – at an apparently ‘behind closed doors’ occasion softens the meaning of the initial retribution.

If we want to be more open to having children at meaningful fixtures, perhaps Uefa should start weighing in on escalating ticket prices, unfriendly kick-off times and transport provisions which exclude people from travelling home after evening matches. Maybe the European governing body could even stop youngsters from being bombarded with tear gas and pepper spray at its fixtures… I don’t know, it’s just a thought.

But in scenarios such as Saturday’s England-Italy fixture they are simply using children to try to transmit some sort of bungled positive message rather than really take national associations and fan groups to task over the behaviour of supporters.

What happened at Wembley on July 11, 2021 was a national shame and it’s only right that the whole of English football should be put under a global microscope. Tonight should have us all reflecting internally on what we can do to avoid the harrowing events experienced by many ticketed supporters at England’s first final in 55 years.

Instead, the FA and Uefa will use the 2,000 to 3,000 kids and their plus ones as some sort of PR win that doesn’t really exist. What hope do we have of getting the hooligans to learn their lesson if those delivering the punishment are forgetting what they’re doing it for?