Rugby League
News
Whitehaven will likely provide a stern test for the Vikings when they meet in the Challenge Cup on Sunday evening
Lewis Smith
08:00, 28 Mar 2021

The Betfred Challenge Cup came back with a bang last weekend and returns for round two. Lewis Smith, from Betfred’s The Last Tackle, has given us his prediction for Sunday’s clashes.

The first round of the Betfred Challenge was a joyous return for Rugby League last weekend, and with the 8 remaining championship clubs now just two wins away from Wembley, the temperature has gone up another notch ahead of the second round this weekend.

The four winning clubs this weekend will qualify for the semi-finals of the 1895 cup as well as the third round of the Betfred Challenge Cup, which will see the introduction of the 12 Betfred Super League clubs.

There’s three mouth-watering ties on Sunday, all available on free-to-view streaming, so lets jump right into it.

There’s a Greater Manchester derby up first as Oldham make the short trip to Sale to take on the Lions. Both of these sides will be full of confidence after their first round wins, and this should be a very entertaining way to spend your Sunday lunchtime.

Swinton were one of the sides that I was most looking forward to watching in round one. They had a fantastic 2019, and all the indications on Sunday were that they’re set to back that up as they put in a solid performance against a strong looking Newcastle side.

Stuart Littler will be especially pleased with the way his side managed the arm wrestle in a tightly contested first half hour and if they can produce that level of game management and physicality on a regular basis, it will serve them well.

Oldham came through in a real battle against an enthusiastic Barrow side; there were some real old fashioned one on one rugby league throw-downs taking place across the park with Shaun Pick going toe to toe with the Walne brothers and Tyler Dupree give the likes of Gareth Owen the perfect front foot platform up the middle. 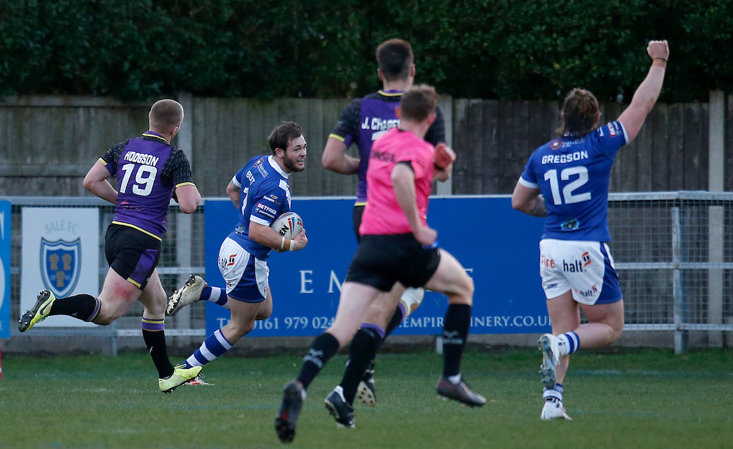 This has to be the approach again for Oldham on Sunday. If their forwards can impose themselves on the game in the same way, it will be difficult for Swinton to generate any kind of momentum or dictate the speed of the game.

If Swinton can neutralise Oldham in the forwards, then they have the backline to really hurt the Roughyeds. Mike Butt's speed alone makes him a dangerous strike weapon, whilst new signing Geromino Doyle showed real promise against Newcastle.

Prediction: This has the hallmarks to be a great game. These local derbies are always fun and I’m really not sure there’s much between the two sides at all. I wouldn’t be doing my job though if I didn’t make some sort of educated guess. Swinton by 8.

The two best sides currently in the competition come head to head in the capital on Sunday afternoon. Everything about this game says it should be a blockbuster, so let’s hope it lives up to expectations.

Both of these sides have play-off ambitions in 2021, and both were professional in the way in which they booked their place in the second round, only one of course, can get their passports stamped into the third.

Viewers of the Sportsman.com saw York control the game against Sheffield with Man of Match Brendan O’Hagan running the show from Halfback, with new signings Ryan Atkins and Ben Jones-Bishop both going over to score. 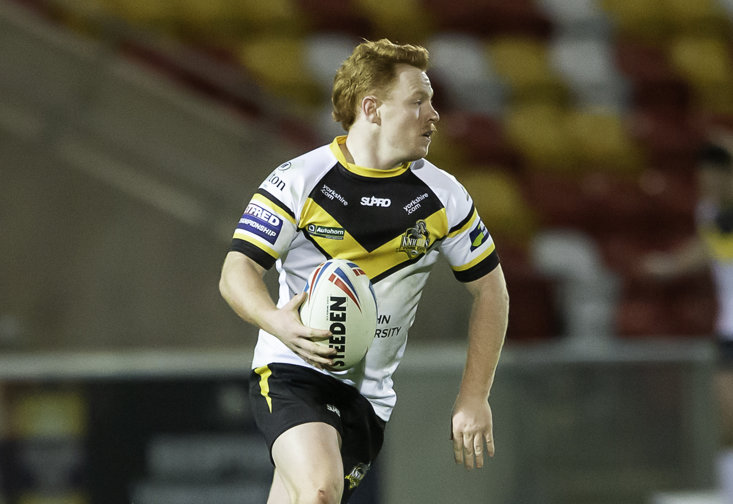 James Ford will be satisfied with the performance and the result, but will also feel there’s a lot more to come from his side against the Broncos with the new Betfred Championship season on the horizon.

The Knights could be boosted by new signing Adam Cuthbertson returning from injury, if the former Leeds man does make his debut, he’ll add some punch to York’s forward pack, as well as a wealth of experience.

London’s faith in local talent paid dividends in the first round with Croydon Born Gideon Boafo scoring on debut, and a number of academy graduates including Sam Davis and Jacob Jones putting in good shifts.

Whilst it’s undoubtedly an exciting time for the club from the Capital, with so many talented players coming through their production line, there are still question marks about how far they can go this year with a big chunk of their squad just starting out in their careers.

The secret for Danny Ward will be striking the right balance between youth and experience, and he will have been pleased with the contributions of Romain Naverette and Olsi Krasniqi who both bring plenty of Super League appearances to the party.

Prediction: I’m really excited about the project that Danny Ward is building at the Broncos, but I think this season will be just that, a building year. York on the other hand have spent money and will want a return. Knights by 10.

Widnes Vikings vs Whitehaven – Sunday, 17:00 – Live and exclusive on The Sportsman.com

Whitehaven will have been pleased with their afternoon’s work in the first round as they overcame Dewsbury Rams, despite going down to 12 men, in a game that looked very evenly matched.

Gregg McNally looked every part the shrewd signing that I thought he would be, crossing for a try, and he’ll need to have another good game this weekend against what will be a well organised Widnes defence.

Haven fans will also have been hugely encouraged by the Man of the Match performance from new signing Lachlan Walmsley who regularly caused problems for Dewsbury, scoring a try and kicking three goals, no doubt Simon Finnigan and his coaching staff will have identified him as a key threat. 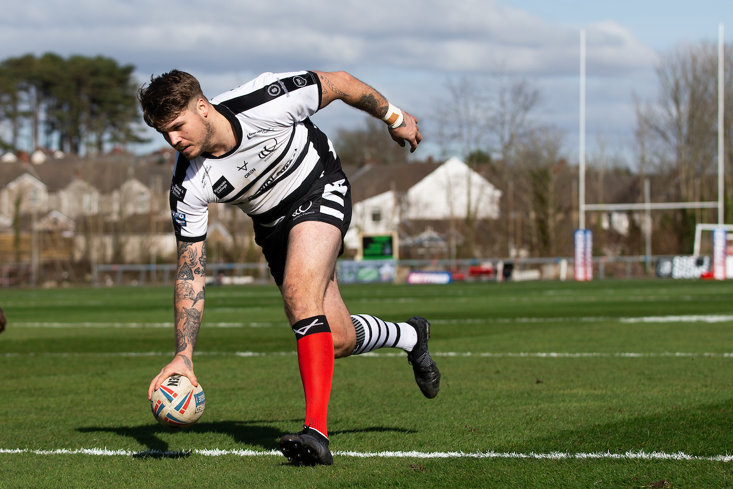 Widnes had a much easier time of things in their first round clash against West Wales Raiders. The League One club put up a good fight for the first 20 minutes, but following a red card, Widnes had far too much for them.

Finnigan will have been pleased with the structure and attacking play from his team, but will no doubt be keen to see them in action against a fellow Betfred Championship side.

Prediction: Whitehaven will provide a much sterner test for Widnes and I think this will be close for probably the first hour or so, with the Vikings proving too strong in the end. Widnes by 12.