Leigh Centurions have secured their place in next season’s Betfred Super League after beating Batley Bulldogs 44-12 at the Leigh Sports Village in the Championship Grand Final.

It has been a blockbuster season for Leigh, who also lifted the League Leaders Shield, their second piece of silverware after victory in the 1895 Cup back in May.

The Centurions ended the regular season with a near perfect record, winning 26 of their 27 matches with their sole defeat coming to Featherstone Rovers in Round Two. During that time they scored 1306 points, including 100 in a single match against York.

In tonight’s blockbuster tie, first blood went to Leigh following a misplaced pass by Batley. Lachlan Lam picked the ball up and charged to the line for the game's first try. Krisnan Inu had no trouble converting the first kick of the night to give the Centurions an early 6-0 lead.

In the 32nd minute, Leigh extended their lead after some superb work from second-row Joe Wardle who managed to offload mid-tackle to Inu who walked it over in the corner. The Kiwi then stepped up to make his second conversion.

Leigh were finding great success on the left flank and Wardle was next up on the scoresheet, driving through the Batley defence like a hot knife through butter for the third try of the game. Inu once again stepped up to convert successfully, bringing the score to 18-0 going into the break.

Leigh continued their dominance in the second half, immediately scoring through Caleb Aekins. The full-back sensationally took it from inside his own half down to the try line to score Leigh's fourth of the evening. Inu was once again at hand to convert.

Premier Sports
@PremierSportsTV
Oh my word, that is magic from Caleb Aekins! 😱
@LeighCenturions are well on course for the Super League now 👏
5
25

The watergates had opened. The fifth try came moments after courtesy of Joe Mellor, making his 250th appearance for the Centurions, after the co-captain latched onto Aekins’ pass. Inu swiftly made it five from five in conversions to give Leigh a hefty 30-0 lead.

Nene Macdonald was next up for Leigh’s sixth try, although this time Inu was unable to maintain his so far perfect streak of conversions.

The Bulldogs finally bit back in the 62nd minute, with Dale Morton getting his side up and running. Tom Gilmore had no problems with the following conversion to give the Batley faithful something to celebrate.

It didn’t take long for Leigh to find themselves back in the driver’s seat, however. Inu managed to shake his man and get in down the left for his second try of the night. The winger then stepped up to make the extras, restoring Leigh’s 34 point lead.

Alistair Leak looked to have pulled back another try for the visitors but the referee subsequently waved it off, compounding a miserable evening for the travelling fans.

Second row Kai O’Donnell scored Leigh’s final try of the night, celebrating in front of an ecstatic North Stand. Ben Reynolds stepped up for extras this time, but was unable to convert.

Batley, who despite being well-beaten, never gave up and were paid for their valiant efforts through a Adam Gledhill try with Gilmore converting the follow-up, bringing the full-time score to 44-12. 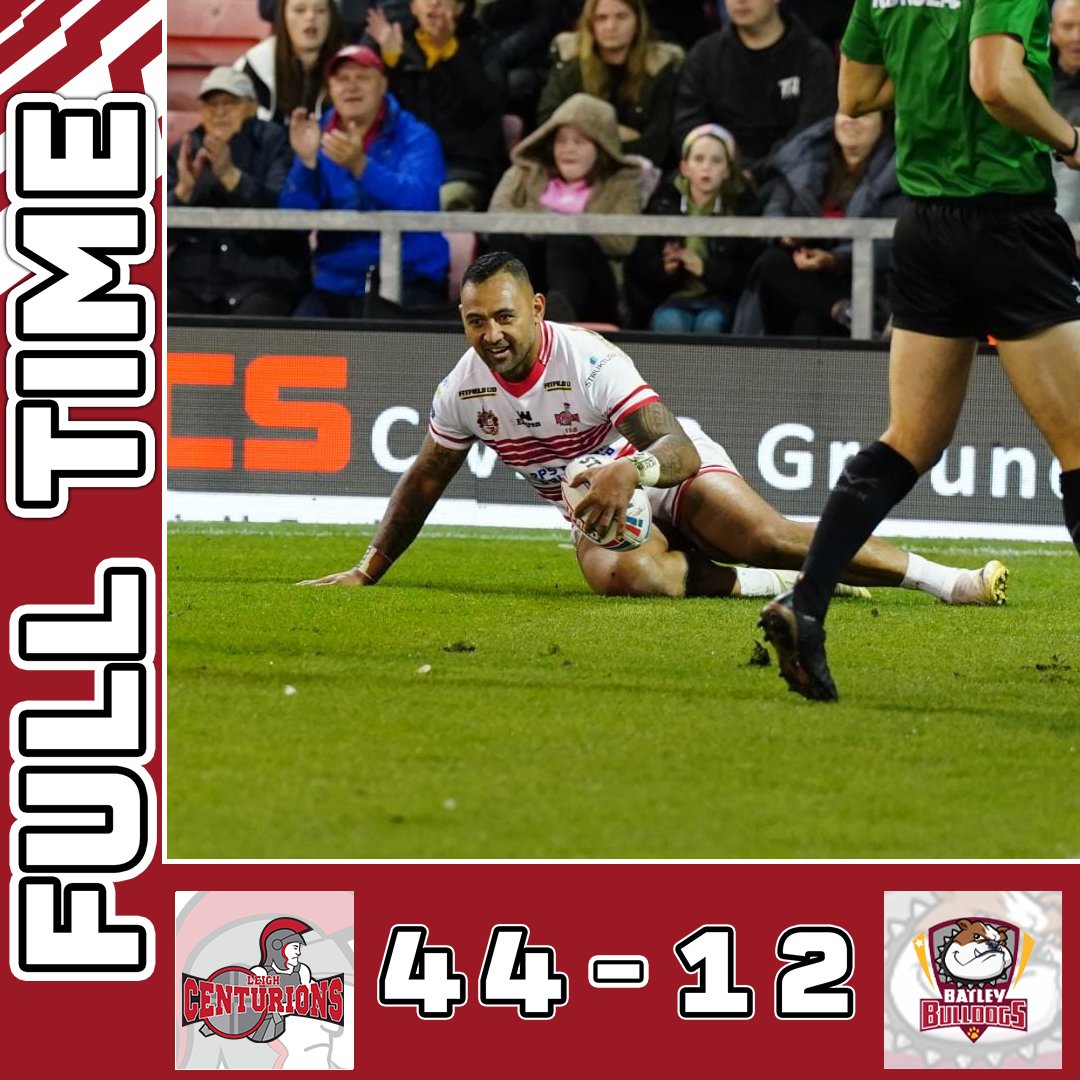 Earlier today, Swinton Lions secured their return to the Betfred Championship with a 16-10 victory over Doncaster in the League 1 promotion play-off final live on The Sportsman. You can catch the highlights of Swinton’s win on our YouTube channel.

Meanwhile, The Sportsman are delighted to announce that we will be bringing you live and exclusive coverage of Scotland versus England Knights on October 8th as the Bravehearts gear up for their Rugby League World Cup campaign.