Football
News
Robson remains one of the most liked and respected managers to have ever graced the beautiful game
Matthew Crist
06:55, 07 Jul 2022

They call it the impossible job and the challenge that Bobby Robson faced when he became England manager on July 7th, 1982 was huge; but two thrilling World Cup campaigns, a natural charm and the way he dealt with the disgraceful persecution at the hands of the media, means that he remains one of the most popular Three Lions bosses ever.

For those of a certain vintage, Robson was the last of the game’s true gentlemen, but despite the dad-like demeanour and pleasant public persona, he remains one of the most respected managers of his time who led England to within a kick of the World Cup final.

While British players had become a valuable commodity on the continent throughout much of the 1980s and 90s, the concept of a coach from these shores pitting their wits against Europe’s greatest was pretty much unheard of; but Robson was one of the exceptions.

Born just outside Durham on February 18, 1933, Robson worked in the mines as an apprentice electrician while attracting the attention of Newcastle United as a schoolboy but eventually began a stellar playing career in the capital with Fulham where he would make 152 appearances and score 69 goals in six years.

A then-record fee of £25,000 would see him move to West Bromwich Albion and it was while playing for the Baggies that Robson was called up for the first of 20 England appearances in 1957, scoring twice in a 4-0 win over France on his debut.

Trips to both the 1958 and 1962 World Cup would follow but the impressive inside forward failed to make an appearance at either competition, eventually moving back to Craven Cottage on his return where he would play until his retirement in 1967.

Between 1969 and 1982, Robson proved his pedigree as a top-notch tactician and master motivator, turning Ipswich Town into one of the best teams in Europe as the Tractor Boys won the FA Cup and the UEFA Cup, instantly turning the great man into a club legend. 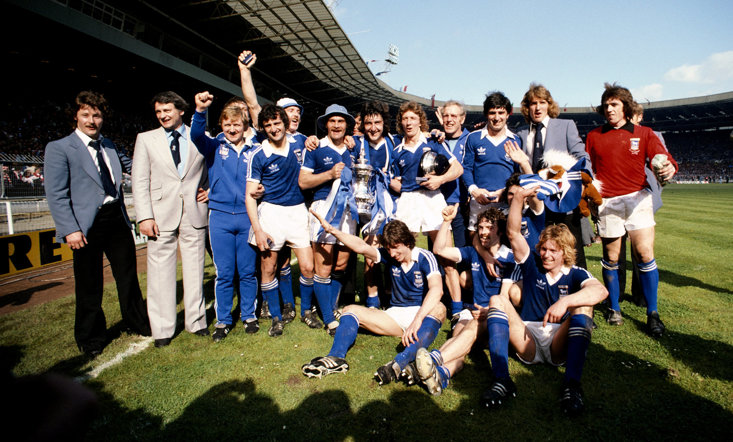 His achievements at club level saw him rewarded in the best way possible when he replaced Ron Greenwood to become the national team manager in 1982 after England had crashed out of the World Cup in Spain despite not tasting defeat during the entire competition.

Things didn’t get off to the best of starts for the softly spoken Geordie though as, in his first campaign in charge, England failed to qualify for the 1984 European Championships despite losing just one game, missing out to Denmark by a single point.

That disappointment was soon forgotten thanks to a memorable World Cup two years later in Mexico which would see his England side reach the quarter-finals after a slow start, only to be defeated by Argentina and the individual brilliance of Diego Maradona along with his notorious "hand of God" goal.

In true Robson style, despite raging at the decision to let the goal stand and the obvious disappointment of exiting the tournament, he preferred to describe Diego Maradona's infamous effort as the 'hand of a rascal'.

A miserable European Championships followed in 1988 as Robson’s men returned from Germany having lost all three group games to what can only be described as a savaging at the hands of the nation’s tabloid newspapers as his future hung in the balance.

But just two years later the somewhat erratic progression continued when England reached the semi-finals of a World Cup on foreign soil for the first time ever in Italy - a tournament which captured the imagination of the public - many of whom had turned their back on the game during the darker days of the 1980s.

No disputed goals this time but a familiar hard-luck story as Robson’s men went out after losing to West Germany on penalties – a tough one to take at the time but a feat which would not be replicated for another 28 years when Gareth Southgate’s side exited the completion at the same stage in 2018. 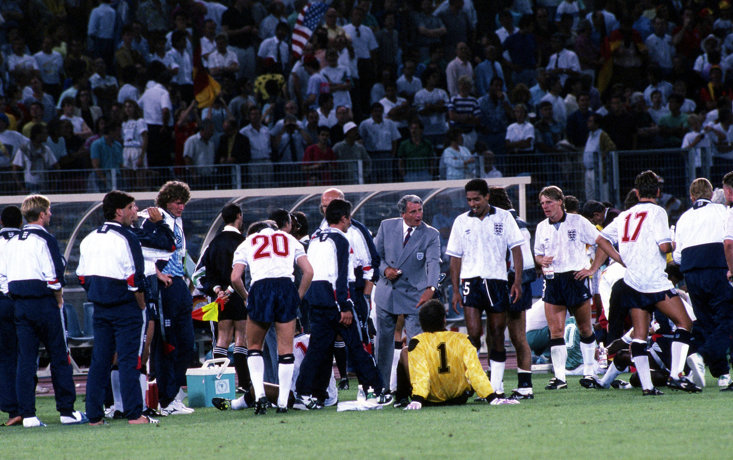 Despite the heartbreak, that campaign played a huge part in sparking a football renaissance in England during the 1990s; as Gazza’s tears, World in Motion and Pavarotti all combined to make the game beautiful once more with the formation of the Premier League following just two years later.

Meanwhile, the loyalty he inspired in a squad of players that included the likes of Paul Gascoigne, Gary Lineker and Terry Butcher during that four-week period would define Robson, not just as a coach, but as a man.

After tolerating vicious personal abuse from the press with characteristic grace, he was able to leave the England job with his head held high and, at the time, as the country's most successful manager since Sir Alf Ramsey after the Football Association had made it clear in the build-up to the tournament that they would not be renewing his contract.

Robson displayed his usual blend of class and decorum by announcing that England’s loss would be Europe’s gain as he would be taking PSV Eindhoven job the following season.

One of the few English managers to ply their trade abroad, he won the Eredivisie twice in two years before heading to Portugal where a stint at Sporting CP was followed by two league titles and a domestic cup with Porto.

At the age of 63 Robson finally got the top job at Camp Nou in 1996 bringing a number of star names to Catalonia which culminated in his side winning the Spanish Cup, the Spanish Super Cup and the European Cup Winners' Cup in a single season before being named European manager of the year.

His final job in England came at his hometown club of Newcastle United in 1999 and despite winning his first game in charge 8-0 against Sheffield Wednesday, he departed the club five years later with the Magpies in meltdown.

Although often lampooned by the press for his perceived tactical inadequacies while gaining something of a reputation for snatching glory from the jaws of calamity, Robson’s record as England manager remains impressive.

Having taken charge of 95 Three Lions games he won 47, drew 30 and lost 18 - with an overall win ratio of 49% - a record that places him behind the likes of Walter Winterbottom, Alf Ramsey, Glenn Hoddle and Fabio Capello.

However, along with Gareth Southgate, he remains just one of two men who have taken England closer than any other manager to a World Cup final since 1966 – not to mention being one of the most liked and respected ever to have graced the game.