Football
News
The former QPR man spoke to The Sportsman about Kelly's 'Zamora Moment' and tells us how he thinks his former sides will get on this season
Ross Heppenstall
15:05, 05 Aug 2022

Chloe Kelly’s matchwinning exploits for the Lionesses had Bobby Zamora all nostalgic this week as he reflected on his own iconic Wembley moment.

Manchester City striker Kelly, 24, came off the bench to score a dramatic extra-time winner for Sarina Wiegman’s side in last Sunday’s Euros final against Germany.

The lifelong QPR fan from Ealing called it her “Zamora moment”, a reference to the 2014 Championship play-off final when she was in the stands to see Zamora score the winning goal as a substitute against Derby County to clinch a place in the Premier League for the Loftus Road club.

It was a side managed by Harry Redknapp and awash with real characters and no little talent either, even if dressing room divides threatened to leave Rangers’ promotion hopes in ruins.

“To be honest, with the squad we had, we should have gone up automatically.

“There were times during the season when the changing room wasn’t great and that was probably our downfall.

“But at the right time, we managed to put every difference aside and get every little stupid bit of bickering out of the way.

“We said ‘let’s nail down these last four or five weeks’ and when it was needed, we produced the goods, even though we shouldn’t have been in that position.

“Steve McClaren has organised a very good Derby side and to turn them over, in the smash-and-grab style that we did, was brilliant.

“The lads at the back – Greeny, Dunney and Nedum – were absolutely phenomenal.”

Redknapp's side had been reduced to 10 men just before the hour when Gary O'Neil was red carded for a late challenge on Johnny Russell, who was closing down on goal.

The London side had been hanging on - with Green making a series of good saves - before Zamora pounced on an error from Derby defender Richard Keogh to score just his fourth goal of the season with Rangers’ only shot on target. 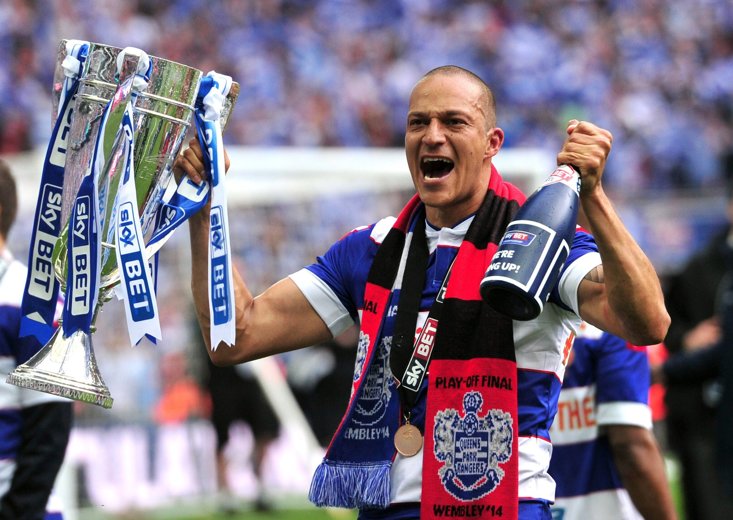 It was not the first time that Zamora had scored a winning goal in a Championship play-off final either.

In 2005, he netted the only goal as West Ham United, his boyhood club, beat Preston North End at Cardiff’s Millennium Stadium.

“Technically, I’ve scored two of the most lucrative goals in football,” adds Zamora with a huge smile.

“West Ham is my team and to get them up to the Premier League, in front of so many friends and family, was fantastic.

“To then do it again with QPR nine years later was brilliant, so I know how Chloe Kelly was feeling after she scored the winner for the Lionesses last weekend.

“It was lovely for Chloe, as a QPR fan, to call it her ‘Zamora moment’ but, while my goal was great for QPR, her goal was a massive moment in the entire history of English football.

“I think the women’s game will grow massively on the back of it.” 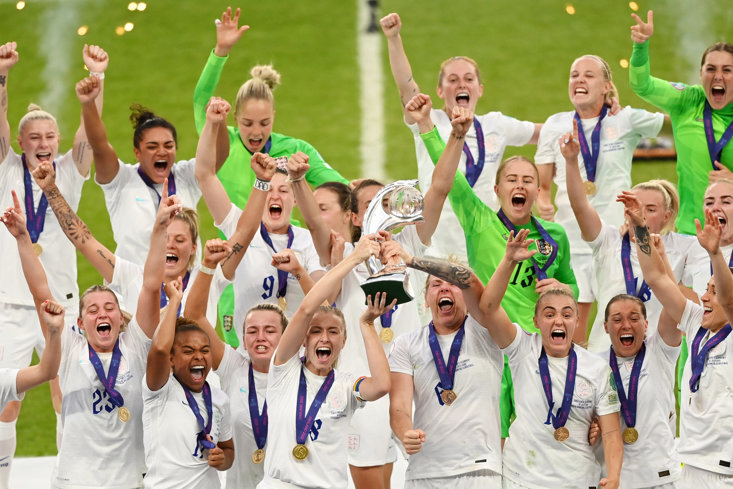 Zamora, 41, made his name at Brighton and Hove Albion, where he now works as an ambassador, but it was West Ham who he grew up supporting.

To mark the new season, Premier League supporters have been having their say on who is the League’s best and worst Manager as part of the Sky Bet Fan Hope Survey

West Ham boss David Moyes is highly thought of amongst Premier League fans, with fans naming his as the league’s fourth best boss.

Additionally, 95% of West Ham fans believe Moyes is the right man to take the club forward.

With another competitive Premier League campaign last time around, as well as a European semi-final, Hammers fans are hoping to keep building as this Premier League season edges closer.

Zamora said: “West Ham have done remarkably well in the past couple of seasons.

“For me, David Moyes takes a lot of credit for that, in terms of how well organised he has that team.

“He doesn’t change the team very much, but there are no real world-beaters in the side, although Declan Rice is obviously a very good player as is Manuel Lanzini.

“They are the main talents in the side and everybody else works so damn hard, the likes of Michail Antonio and Jarrod Bowen.

“But it’s all about recruitment and they have signed a good striker and a good centre-half so, while there hasn’t been too much business, they have spent some money and added some real quality.

“I hope the Hammers can kick on again this season and under Moyes I believe they can.”

Zamora also played for Tottenham and Fulham during a distinguished career which ended at Brighton, where he retired in December 2016.

He said of Tottenham’s prospects this season: “Conte has come in from day one and said ‘listen, there’s no messing, no bulls*** and no backchat – you do what I say or you’re out the door’.

“Under Conte, you’re running and working hard and he will get the best out of everybody.

“Graham Potter continues to do an unbelievable job at Brighton and he doesn’t spend crazy money either.

“I went to see training at the end of last year and I had a good chat with him afterwards about what he’s looking for in a striker because I couldn’t work out what mould of striker he wanted.

“He just said ‘listen, the strikers I have, I have trust in and they know their strengths’.

“There is no set formula, whether it comes short of running in the channels, and that’s a great way of managing.

“Fulham, another of my old clubs, are back in the Premier League and in Aleksandar Mitrović they have a quality striker and a quality manager in Marco Silva.

“They have signed some players with experience in Andreas Pereira, Manor Solomon and Bernd Leno.

“If Fulham can get the ball in the box, Mitrovic should again score goals.”