Football
News
An intriguing tale on one of the greatest player narratives in the English football anthology
Jack Porter
09:00, 01 Jul 2020

May 1997. Marcus Rashford, the Red Devil currently exciting the attendees at the Theatre, wasn’t born until the Oct of that year.

Yet no-one, no-one, in the quarter-century since has been able to displace Eric Cantona in the hearts and minds of the fans of the most successful football club in England, the ones who wept outside Old Trafford when he announced his retirement at the age of 30. Still, it remains, in a post-Brexit climate if a dyed-in-the-wool Red had the sort of Sophie’s Choice between deporting Cantona, or their nearest and dearest: wifey, you better get packing.

Man Utd fan or not, you know the story. There will be nothing particularly new in Wayne Barton’s book ‘King Eric: Portrait of the Artist Who Changed English Football’ about Cantona’s time in England. That doesn’t make it any less of an intriguing and enjoyable tale, one of the greatest player narratives in the English football anthology. Cantona is 25% of the four world-class players Sir Alex Ferguson said he coached at United, and the most fondly remembered. 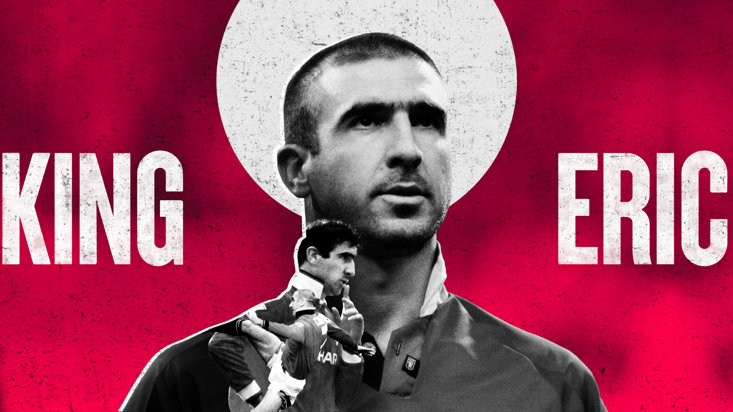 Perhaps the most interesting chapter is the first-hand regales of youth team members such as Chris Casper and Ben Thornley, describing the aura of the man who glided round both Old Trafford and The Cliff,  who became as ingrained in Manchester as rain.

One tends to think from the outside of football teams being a family, a unit, high-fiving each other every hour. Players such as Casper, Thornley, David Beckham, Gary Neville just wanted Eric to notice them. Reserve term player Pat McGibbon describes even ‘stalking’ his magnetic teammate, trying to make the Frenchman aware of who he was, drawn to the number seven’s ‘aura’ and ‘enigma’ - two themes that have perpetuated Cantona’s mythos and are illuminated in Barton’s text. It excellently depicts an era in the none-too-distant past, but increasingly dissimilar to the operation of the game today. As Barton concludes, ‘Cantona was the last of the great entertainers, before the pursuit of winning and profit were placed above almost everything else.’

There are the oft-regaled tales of Cantona living on an ordinary estate, splitting his winning bonus pool with Nicky Butt and Paul Scholes because ‘they had balls’, Alex Ferguson taking a scooter ride to find a closed Parisian cafe to sit down with his disengaged star man, and the ridiculous early Champions League sanctions of ‘British’ players outside of England counted as foreign that has hindered Cantona’s continental legacy. 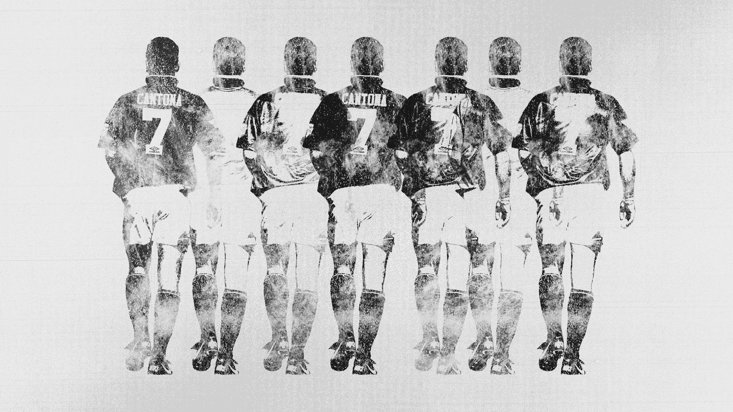 Though the book is undoubtedly entertaining, there is a nagging desire that a lot of the information - from Sir Alex Ferguson, Ryan Giggs, Steve Bruce, Eric himself - wasn’t second hand, with the Man Utd aficionado most likely having already heard some of the tales and anecdotes featured here. Bias occasionally creeps in, with the none-too-subtle mention of Cantona’s and Man Utd’s critics and primary antagonists that punctuate the narrative, Alan Hansen, Neil Ruddock, Phil Babb and their detrimental Merseyside allegiance that perhaps informs their actions and opinions, as well as a general disdain for Leeds manager Howard Wilkinson and his - often hypocritical - treatment of his former Whites ward. You can almost sense Barton smiling whilst writing about Wilkinson getting the sack after a 4-0 rogering by United in ‘96.

But this shouldn’t be too distracting, nor in the least bit surprising. There’s a reason you’re picking up this title, and as a comprehensive look at the greatest character to grace the Premier League - and yes, who helped certifiably ‘create’ it but avoided being tainted by the behemoth it became - you’ll find no better or easier to enjoy account.