Football
News
Leo Moynihan provides a surprising and intimate glimpse from long before Sky and Blatter got their hands on anything
Ed Needham
15:05, 08 Nov 2019

There are abundant reasons why a person may warm to this excellent book – just the two dozen photos alone get you well on the way to justifying the cover price.

One of the hardest to tear one’s eyes from is captioned “Jock Stein makes his frustrations clear to Internazionale’s manager, Helenio Herrera, at half time during the 1967 European Cup Final in Lisbon.”

Stein was the then manager of Celtic. Both men are elegantly suited and walking side by side, although Stein is bellowing his “frustrations” directly into Herrera’s face, in a style often known today as “talking to the fourth official.”

What is truly odd about the picture though, is that while one is a little angrier than the other, they seem to be strolling through a park on a summer’s day. Nothing suggests a football match is even taking place, let alone the final of what UEFA likes to boast is “the world’s greatest club competition.”

This startling image epitomises what the book does so well – provide a surprising and intimate glimpse from long before Sky and Blatter got their hands on anything. Matt Busby, Bill Shankly and the slightly younger John “Jock” Stein were all from Scotland’s mining south-west, where according to Busby biographer Patrick Barclay, besides football “their only other form of entertainment was smoking.”

All three spent some time making a subterranean living during a pre-war period which at times reads like John Steinbeck. Even as football professionals, hardship is everywhere. Busby arrives at Old Trafford to find it flattened by the Luftwaffe. Shankly – who looks Victorian in photos of him as a player – describes a dilapidated Anfield in the early sixties as “the biggest toilet in Liverpool.”

Yet the décor is irrelevant – when Real Madrid attempt to lure Busby as a manager he tells them “Manchester is my heaven,” a sentiment still displayed in banner form at Old Trafford today.

The stories of all three are an inspiration to anyone who has ever felt their background to be a hindrance to getting ahead but best of all is the relentless detail.

Shankly grabbing the announcer's microphone at Carlisle and bellowing “This is your manager speaking,” Stein losing his composure when a player orders a pre-match prawn cocktail, but also allowing members of the public in their street clothes to join in with Celtic training and Busby giving his half time team talk in the 1968 European Cup final in trilby and smoking a pipe.

At the final whistle after winning the European Cup in Lisbon, many Celtic players have to fight their way through the kilted hordes that have invaded the pitch to Ronnie Simpson’s goal, “where many of them had left the false teeth they now required for smiles of victory.”

It’s rich, moving and entertaining without pause, just the kind of material that would make an excellent documentary. And on the dust flap at the end comes the stirring announcement that before long, it will be. 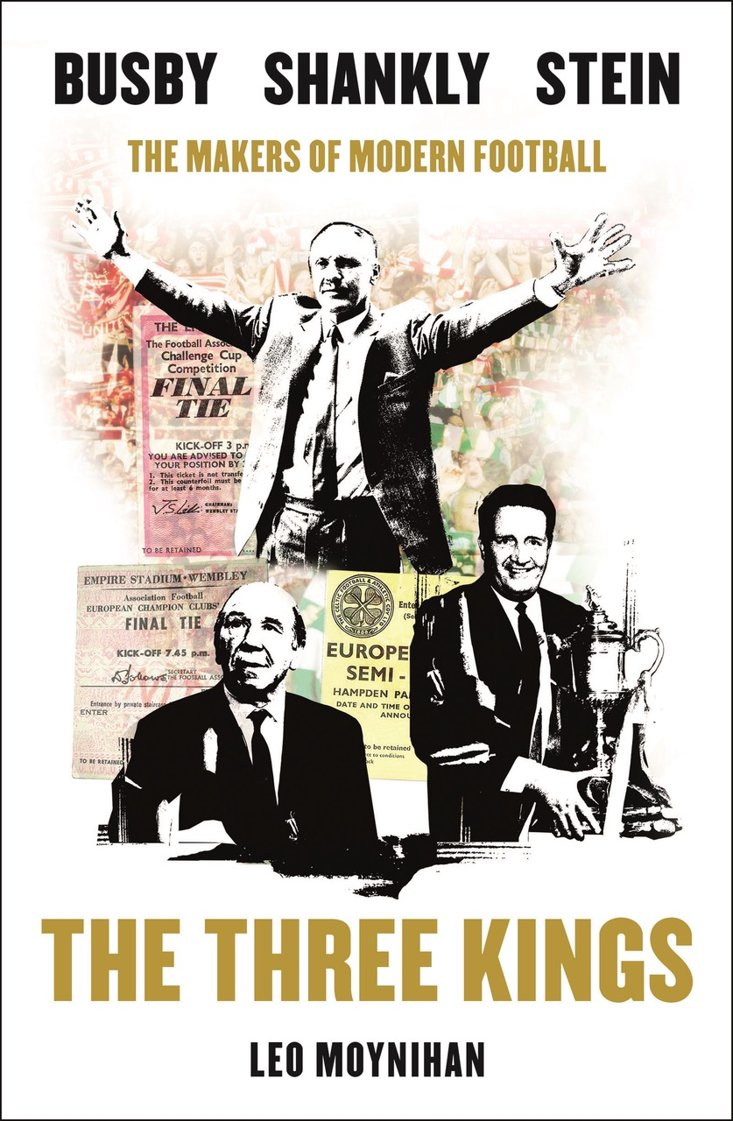