Football
News
The Rio 2016 winners are 90 minutes away from defending their title after beating Mexico on penalties
Conor Keane
15:55, 03 Aug 2021

Brazil’s men’s football team have taken a giant step forward to retaining their Oympic title after beating to Mexico on penalties to secure a gold medal match with Spain at Tokyo 2020.

In a tense semi-final contest, the two sides could not be separated in 120 minutes and everyone’s favourite controversy VAR made an appearance. In the first-half Brazil’s Douglas Luiz was awarded a penalty after appearing to be brought down by veteran goalkeeper Guillermo Ochoa, but the replays showed the Brazilian forced the contact with the shot-stopper and the decision was overturned.

The game was very cagey at times, and it reduced the sides to limited chances. Brazil had the best one of the game, Dani Alves whipping a ball in to Richarlison in the box and the versatile forward’s header getting the better of Ochoa only for the inside of the post to deny the Everton star.

When it came to the spot-kicks, Brazil held their nerve while Mexico crumbled. Alves put the Verde-Amarela ahead before Gabriel Martinelli extended their lead to two as Erick Aguirre’s spot-kick was saved by Santos. Johan Vasquez could not keep his composure, striking the post with his kick, before Bruno Guimaraes hit the inside of the netting for Brazil with an excellent penalty. And after Carlos Rodriguez scored to give Mexico one last chance, Reinier’s effort squirmed in under Ochoa to send Brazil to their second consecutive Olympic gold medal match. 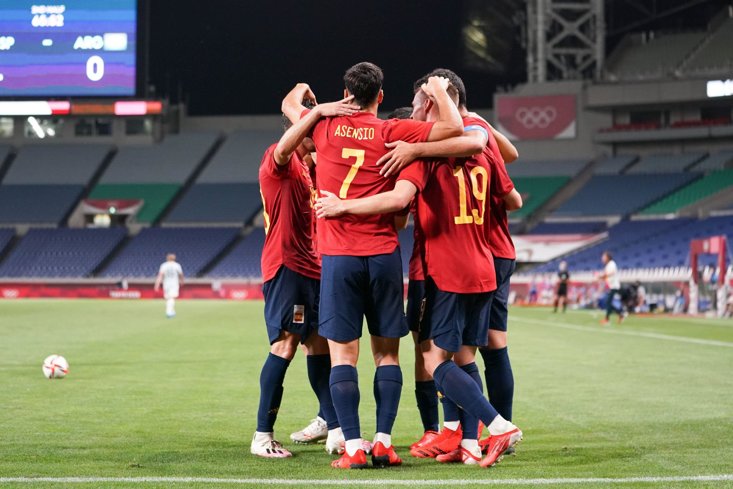 It took extra-time for host nation Japan and Spain to be separated in the second semi-final, with the Spaniards coming out on top in the additional period. This game was also not exempt from VAR drama as Spain had a penalty overturned after the replays showed ex-Southampton defender Maya Yoshida had won the ball fairly when bringing down Real Sociedad midfielder Mikel Merino.

It was in the dying minutes of extra time that Spain were able to make their possession and chances count. After getting brilliant service from Mikel Oyarzabal, Real Madrid’s Marco Asensio found the space to curl an effort into the corner of the net and book Spain’s place in the final.

It has set up a fascinating final on Saturday between two of the beautiful game’s powerhouses and two nations who have revolutionised the way we perceive and play the game. Spain in particular have done brilliantly with their young squad, with a number of them having featured at Euro 2020, To be able to progress to the semi-finals in both tournaments is a testament to the fitness of Luis de la Fuente’s players, and the signs are there that this new group of Spain stars could be ones to watch in the future.