Football
News
As long as they are a Championship club, the Bees will constantly face a battle to keep the core of their squad
Conor Keane
07:04, 29 May 2021

This summer could be a nervy one for Brentford if they lose their second consecutive play-off final when they face Swansea City on Saturday.

Brentford have always made their mark in the Championship since their entrance in 2014. They enjoyed a fantastic debut season under Mark Warburton, reaching the play-off semi-finals, and this area of west London started gaining wider attention as the world began to see how well the club was managed. They have since gone on to reach the play-offs twice in the last two seasons.

They seemed destined to get promoted last year under Thomas Frank when they boasted the lethal ‘BMW’ front three of Saïd Benrahma, Bryan Mbeumo and Ollie Watkins. The formidable trio scored 58 goals between them in the 2019/20 season, with Watkins having scored 25 personally.

The Bees had a great chance to get promoted automatically but a couple of late slip-ups cost them dearly and they endured a play-off final heartbreak against Fulham. The sheer quality that their front three had that season was more than deserving of an automatic promotion, however it was not to be and Brentford’s failings cost them like it has done for many years.

As the club does not have the greatest stature in English football, any of the excellent talent that they source and carefully hand-pick themselves always gets snatched by England’s more historical clubs. In 2017, Birmingham City boss Harry Redknapp swooped in and relieved Brentford of three key players at the time in Jota, Harlee Dean and Maxime Colin. More recently, striker Neal Maupay was signed by Brighton in 2019 for a reported £20 million, but luckily Watkins was able to fill the void. 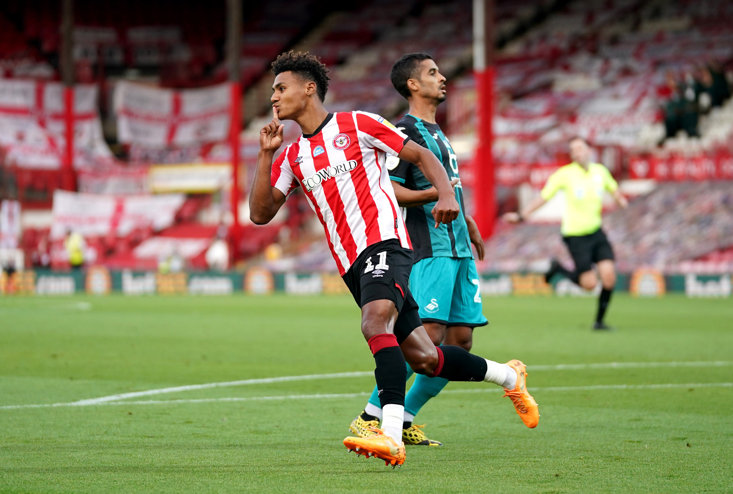 But there was a void again one year later when Watkins joined Aston Villa for a staggering £28 million – a club-record fee. West Ham United came calling and picked up Benrahma on loan and his deal was made permanent in January 2021 for a reported £25 million, with £5 million in add-ons. Now only Mbeumo remains of that exquisite attack and since the loss of his partners, his efforts have been less fruitful.

In the 2019/20 season, out of the 58 goals scored by ‘BMW,’ Mbeumo, in his debut season, scored 16 league goals. This season he has only reached half that feat. Thankfully, Brentford were able to depend on Watkins’ replacement, Ivan Toney. Having forked out a deal worth up to £10 million to Peterborough United, the former Newcastle United striker made no mistake in taking on the goal-scoring burden. He broke the goal-scoring record with 31 strikes, beating the record previously set by Glenn Murray.

Should Brentford not achieve promotion against Swansea City, there will be a problem. After an outstanding debut season in the Championship, Toney will be one of the most sought-after players in England and will surely be set for a wide range of bids in the summer. While Brentford have been renowned for their recruitment strategy, surely there will come a time where their luck will run out? 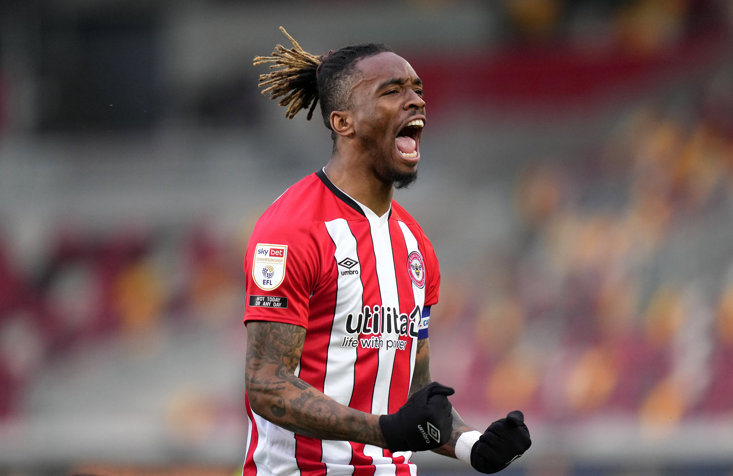 Thomas Frank’s effectiveness in the dressing room is already being questioned and there would likely be interest in some of Brentford’s other key players should they remain in the second tier. Every year seems to be started with a reset button; players leave, they get replaced and the team’s philosophy regresses slightly to accommodate the fresh faces. As long as they are a Championship club, Brentford constantly face a battle to keep the core of their squad and if they do not win the play-off final, they could be in for a devastating summer. There can only be so many times where the reset button pays off.

On the other hand, their opponents Swansea have been able to deal with key losses in recent years, such as Oli McBurnie to Sheffield United, and slowly rebuild. By hiring Steve Cooper, they have carefully laid out a plan for their philosophy and team.

In two years, Cooper has made Swansea one of the strongest defences in the league and one of the most clinical offensively. The young defenders Ben Cabango and Chelsea loanee Marc Guéhi have been nothing short of sensational. The two 20-year-olds, having taken to the Championship like ducks to water, are a perfect example of how the former England U20 manager develops young talent.

Should Swansea fail to return to the Premier League, there is no doubt that Cooper would make them a stronger force next season. With his track record of developing youngsters, he could pluck a number of players from the U23s next season, introduce them to the Championship and there is a good chance they would not look out of place. For Brentford, though, this time around it might well be all or nothing.